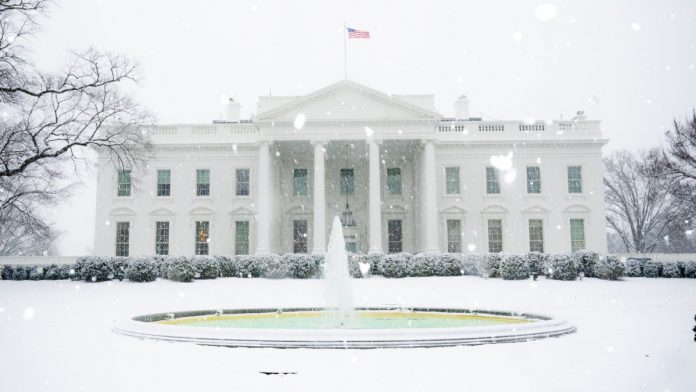 Red Flag Laws and Universal Background Checks appear to be the D.C. flavors of gun control that are most palatable. With even “pro-gun” Republicans stating their support for such measures in varying degrees it is becoming more and more inevitable that there is going to be pressure for something to give…

Anti-Gun Democrats that populate the 2020 presidential field are calling for far more, unsurprisingly. Buybacks, magazine bans, assault weapon bans, waiting periods, monthly limits, and the whole gun control dream buffet are all being proposed. The candidates are basically tripping over each other to see who can say it fastest and loudest is the only variance.

But not everyone is completely losing their minds. There is evidence in corners of the internet that people not only take the problems of violence in this country seriously but also have some much needed perspective on it. At least a little.

It’s not about what guns people have. It’s who has them.

Over at BigThink.com there is a rather well written article documenting two studies from Boston University that dug into CDC and FBI data. They found that banning certain “dangerous” guns was as bogus a tactic as we all believed it to be. They also found…

Neither study showed that certain gun laws cause homicide rates to go down, but both revealed associations that point in the same direction: There are fewer gun-related deaths in places where it’s harder for high-risk individuals to buy guns.
[Emphasis added]

As always, we have to be really careful about the whole correlation causation game. But it’s reasonable to assume that if we’re efficiently keeping firearms from those with violent histories they in turn aren’t using guns they don’t have to commit violence.

“Using completely different datasets, we’ve confirmed the same thing,” Boston University (BU) School of Public Health researcher Michael Siegel told BU’s The Brink. “The main lesson that comes out of this research is that we know which laws work. Despite the fact that opponents of gun regulation are saying, ‘We don’t know what’s going on, it’s mental health issues, it’s these crazy people,’ which doesn’t lend itself to a solution — the truth is that we have a pretty good grasp at what’s going on. People who shouldn’t have access to guns are getting access.”

But here’s the kicker. The dataset of “people who shouldn’t have access to guns.” is all an after the fact collected dataset. Someone does something illegal with a gun, commits a violent crime, and we all go “Oh, he shouldn’t have had a gun.” Duh. Hindsight being 20/20 and all. Timothy McVeigh shouldn’t have had homemade explosives or been allowed to rent a truck to haul them either.

The problem is that predicting future behavior is tricky on persons with no criminal history. That is a common trait among the mass killers, there may have been concerning signs in documented cases but convicted criminal history is rarer. This makes all efforts to reduce mass homicide a game of whittling percentages down to levels that end up being… nothing.

The numbers game and why the the politicos are lying to you.

As often as mass violence “appears” to happen it is still a statistical outlier. The reason is that a certain set of circumstances must all come together with means and motive. The means are prevalent and cannot be eliminated. The motive is extremely rare and can equally no be eliminated. Trying to eliminate all the outliers is a fool’s quest… but I’ll be damned if the Dems aren’t promising pretty much exactly that impossible scenario.

And it sounds good! Of course “preventing” mass attacks sounds good, let’s not let the impossibility of the task prevent that fantasy from being the headline. Of course they couch the promise in terms like “reduce” to insulate themselves when it fails.

The numbers say that mass casualty violence is not significant.

Its overall rarity does nothing to aid the victims directly in any manner, I know that. Neither does the overall rarity of drownings aid those who actually drown. But perspective must absolutely be maintained if we want to reduce violence and respond in the manners that will most often save lives.

We, through law, are looking to create a percentage reduction in the death toll. Most of the currently proposed gun control uses the psychological terror of the rare mass casualty incident to justify sweeping moves that are just thought up to see if it works and praying it makes an impact they can point too. They are not soundly structured methodical plans, its “do something” and “if it saves just one life.”

What Gun Control the study says made an impact

“What surprised us the most was that in states that enacted a combination of universal background-check laws, laws prohibiting the sale of guns to people with violent misdemeanors, and concealed carry permit laws, the homicide rates were 35 percent lower than in states with none of those three kinds of laws,” Siegel said. “The practice of keeping guns out of the hands of people who are at the greatest risk for violence — based on a history of violence — appears to be the most closely associated with decreased rates of firearm homicide.”

Every state in the nation has a concealed carry permit law so I don’t see how the metric 35% was compiled for states with “none of those three.” But Siegel’s last point is one of those “yeah, that’s already the rule. How’s that working out for us?” type statements. It brings us back to keeping people locked up who should be. Violent crimes that carry long harsh sentences will be done less frequently because of both the harsh sentence and those who would do them anyway stay in prison longer or forever. Science.

A little quick math says that if we prevented every single mass casualty event, a noble and yet impossible goal, we would move the homicide rate by .75% We would decrease the firearm homicide rate, because those are the really bad homicides, by 1.01%. While the deaths themselves are not insignificant, especially to the families, that reduction in homicide is eaten by the year to year deviations. We wouldn’t even notice, not from the total number of dead. Just a change in the publicity of those deaths.

Let’s even say that 2017’s reactions and any law changes were all directly responsible for reducing the death toll in 2018. So it is down to 91 solely because laws were passed, it doesn’t work that way at all but let’s pretend. We dropped the mass casualty rate 38% through assumed direct legal action, an absurdly optimistic number… and reduced homicides by only .285%

For all the legal efforts, for all the constitutional violations, for every mistake that will be made to enforce all the provisions of ERPO’s, Red Flag Laws, and the like, the stated goal is to shift the homicide rate by so little that it is would be lost in any given year to year variance.

Readers, we call that statistically insignificant. The efforts will net no gain.

But that doesn’t matter to the narrative of “Curbing Mass Shootings” and “Stopping Gun Violence” and any other beloved headline of the ‘do something/thoughts and prayers don’t work’ crowds.

Where would our efforts be most fruitful? Where will we actually make progress in steadily lowering the death toll?

Siegel’s study already had that answer. “The practice of keeping guns out of the hands of people who are at the greatest risk for violence — based on a history of violence — appears to be the most closely associated with decreased rates of firearm homicide.”