On July 7, 1944, Sergeant Thomas Baker was gravely wounded while fighting fanatical Japanese defenders during the Battle for Saipan. His primary weapon had been ruined during vicious hand to hand fighting. Not wanting to endanger his comrades, Sergeant Baker asked for a 1911 pistol containing eight rounds of ammunition. When last seen alive he was resting with his back against a tree in a jungle clearing.

When American forces later assaulted through the area they discovered Thomas Baker’s lifeless corpse. The slide was locked back on his empty pistol, and there were eight dead Japanese soldiers scattered about the clearing. Sergeant Baker’s posthumous Medal of Honor stands in profound testimony to unimaginable personal courage. The G.I. pistol he carried is an American icon.

The M1911 pistol earned its place in Sergeant Baker’s hand that fateful day as a result of a grueling head to head trial between John Moses Browning’s design and one from Savage. The competition came down to a two-day torture test, winner take all. A single example of each gun fired six thousand rounds. When the guns got hot they were simply immersed in water to cool them off. The other had thirty-seven stoppages. John Moses Browning’s 1911 had none.

After more than 2.7 million GI-issue pistols later, the M1911 has formed the foundation of modern pistol craft. Even more than a century after its introduction the 1911 still has more than its share of rabid acolytes. I am one of them. 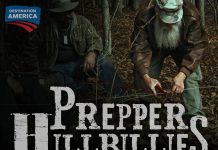