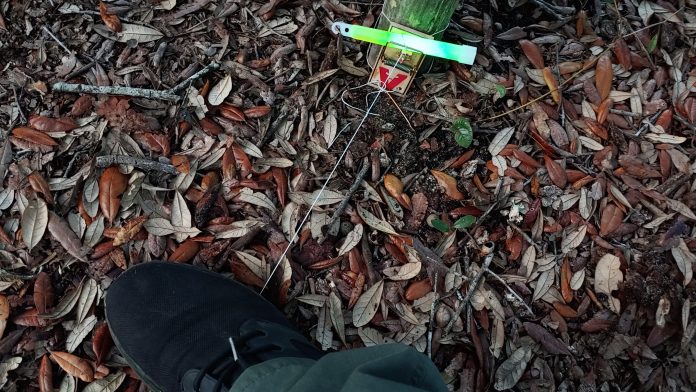 Watching cartoons as a kid made me believe that lasers attached to alarms and tripwires would be a serious threat I’d face as an adult. Alas, I’ve yet to see a laser alarm or a tripwire. Yet, tripwires still fascinate me, and I recently found a fun project involving a mouse trap tripwire that acts as a visual alarm. I did this as a fun project with my kiddos one day and felt it would be a fun article.

The idea is simple. You set up a mouse trap against something fixed. It can be a fixed post, a tree, whatever. You set a glow stick at the top of the mousetrap and run a tripwire from the mousetrap to another static location. When the user trips the wire, the mousetrap slams the glow stick, breaking the inside and creating illumination.

When setup is a strategic location, the illumination does two things. First, it signals something is within your perimeter. Two, if it’s a high-quality chem light, you’ve illuminated and silhouetted the intruder.

You’ll need a good quality mousetrap and a glow stick, obviously. You can find plenty of either on Amazon or at Walmart. Next, you’ll need a means to attach the mousetrap to a fixed location. I used nothing but the innards of 550 cord, but you can use zip ties, duct tape, whatever is on hand. 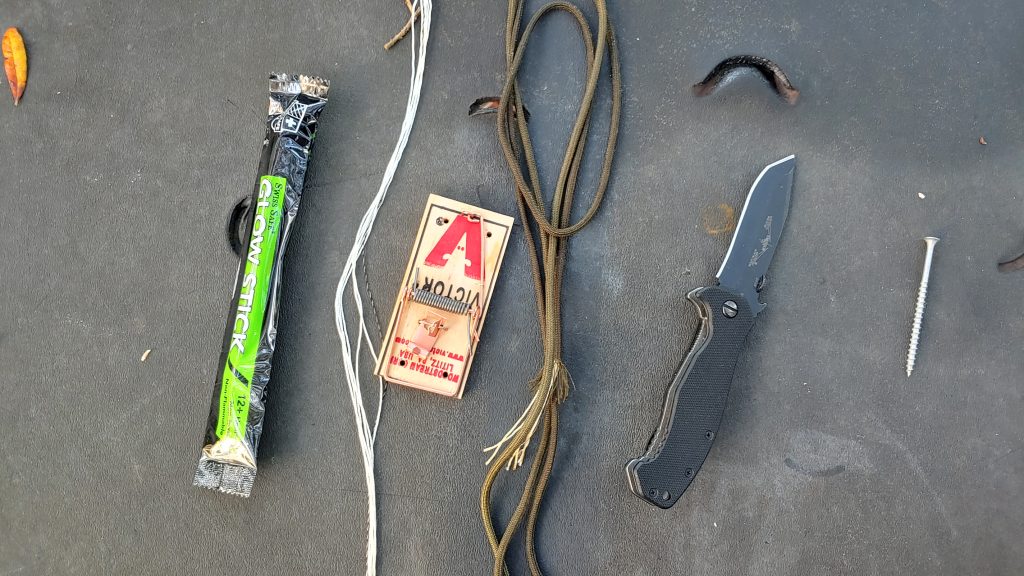 Depending on how you want to set it up, you might need tools. I used a drill and pocket knife for my mousetrap tripwire. In a pinch, you can improvise and utilize almost anything to attach the mousetrap to the tree.

Setting Up Your Tripwire

Set your tripwire nice and low. You don’t want it to catch the user’s eye until it’s too late and they’ve snapped it. You want to place it in an area that is a natural path. This might have you clearing a path to encourage the use of a certain path and set your tripwire along this path. 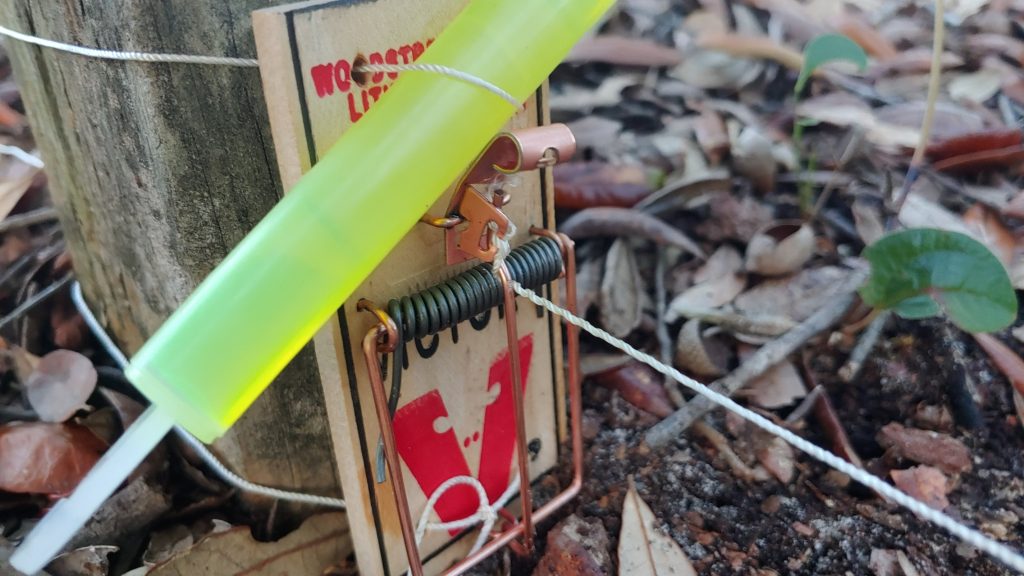 Also, you can set them anywhere as they are quite cheap and very effective. I drilled four holes into the corners of each mousetrap and used the innards of 550 cord to secure it to a tree. At the top, I left some slack so I could insert a glow stick into the cordage and secure it to the trap and tripwire. 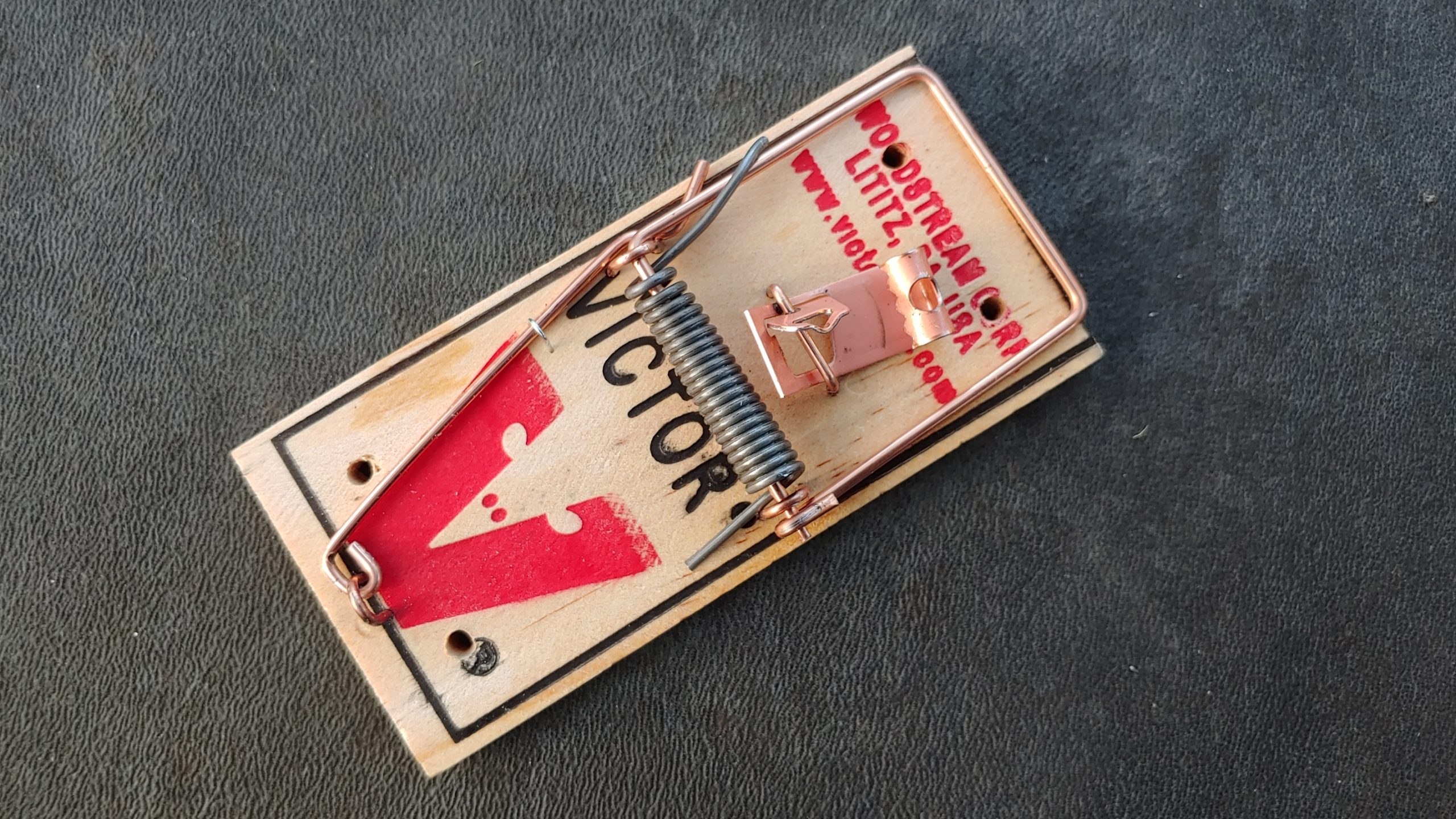 You can run the glowstick vertically or horizontally, and it doesn’t really matter. It depends on how you’ve set the trap up. The glowstick just needs to be within the kill bar to be activated. This means to can also just attach it to the tree instead of attaching it to the mousetrap. 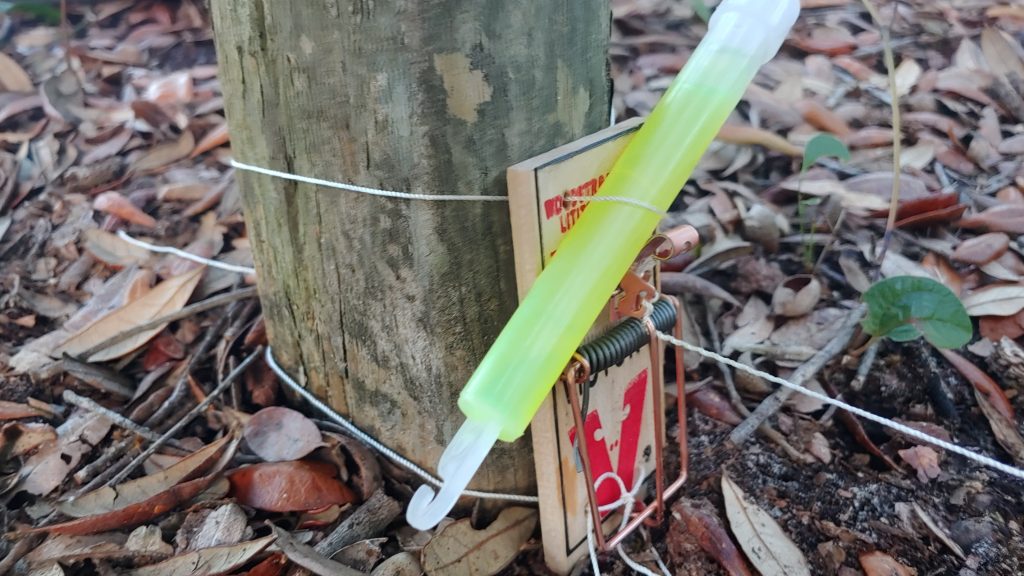 Your actual tripwire should run from the notch that’s in the metal petal out to the other tie-off location—tied both ends before setting the trip. Leave a hair of slack, or the trap won’t lock. Too much slack, and it won’t trigger when something hits the tripwire. I set the tripwire about four inches off the ground. 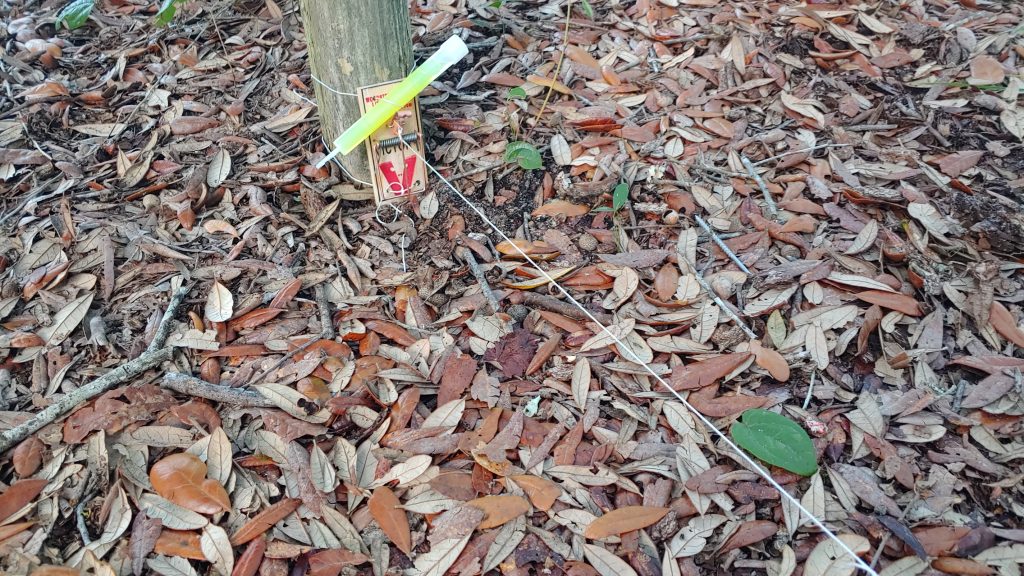 With the other end tied off, I set the trap and gave it a whirl. I stepped on the tripwire, pushed it with my toe, and caught it by the bottom of my boot, and it triggered each time with ease. The little glowstick popped to life when the armbar slapped it.

I know what you’re saying. The trap sticks out. The white cordage, the wooden trap, all of it just looks rough. That’s true, but I kind of needed it to take pictures for the article. In real life, you’d want to pain the trap and tripwire in a neutral color that blends in. Don’t paint the chemlight, though, or it won’t glow! 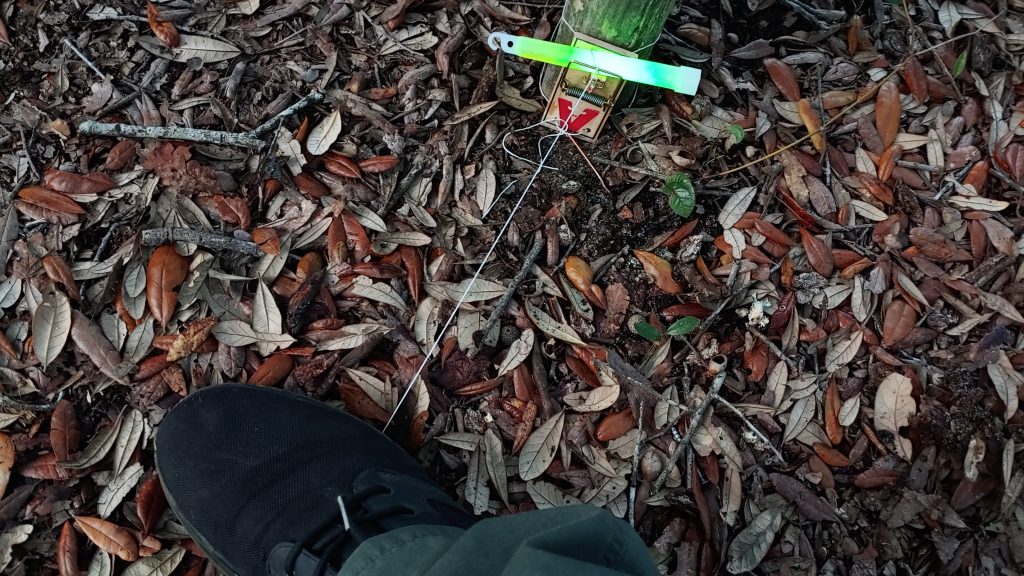 Also, if you run night vision, mixing in IR chemlights can give you an extremely stealthy tripwire trap.

When Would I Use This?

Well, if society collapsed, it’d be a handy McGuyver like skill to have. Let’s say I have to prep my home for the hordes of raiders! Way back when I lived in a patrol base in Afghanistan, something like this would’ve been great in the fields around us to sport infiltrators at night.

In all honesty, I can see these being useful while camping. It’d be fun to be alerted to animals in the dark and then spot them with a white light. My main use? Teaching my kids how to make cool tripwire traps, obviously.