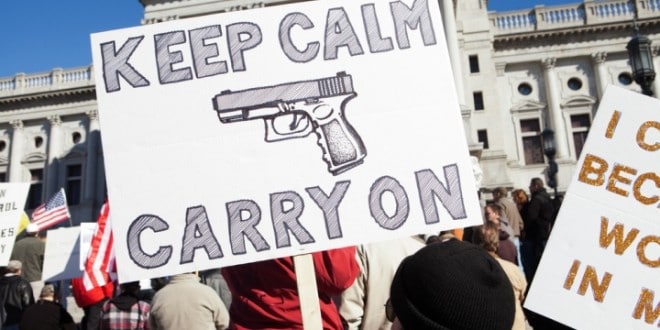 Another terror attack and another series of talking heads telling you and the sheep of America it’s time to limit gun rights. I know that everything is cyclical and what happened once will happen gain but can we just agree that this constant blaming of responsible gun owners for the actions of criminals and terrorist is unfounded.

So what are you going to do about it? Petition Facebook to offer a #gunrightsmatter overlay for your profile? Maybe actually share a pro-gun article on your news feed and incur the wrath of your open-minded liberal friends who preach tolerance of everything but guns.? Or worse yet buy those 20 lowers you know you don’t need but got to have in case the stock dries up tomorrow, which it will if everyone goes and buys what’s left.

There is another option. One that might actually make a difference. One that would get your voice, at least to some degree, heard at a local and national political level. Join, fund, support and actively work with a local gun group that supports your ideals.

No group is perfect, and I have had my issues with the various groups over the years. If we as a group want to gain any traction we need to band together on what we have in common instead of where we differ. Colion Noir did an awesome piece on this recently, and it hits the relevant points better than I ever could explain.

So where do you start? The way I see it is every gun owner should belong to no less than two gun organizations. One on a national level and one at a local level. Since We are a Michigan based blog, we are going to highlight the local groups that need your help as well as highlight some of the work they are trying to achieve.

This list is going to be alphabetical order, so nobody claims that I’m supporting one group over another. It is the only fair way I could think that does not show me putting one group ahead of another. Even with some of the groups having contradictory methods to achieve their goal, I recommend you back each and every one of them since all of them are trying to expand rights in Michigan. 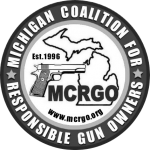 Focus: MCRGO has active members of the board that are state representatives. They have been active in pushing “Shall Issue” legislation through the Michigan Legislature as well as several notable bills since.

They have a full-time staff to answer questions as well as push legislative agenda. They have a heavy focus on concealed pistol rights

URL: http://www.migunowners.org/
Membership: $25 yearly, discounts for longer, senior/military discounts available.
Formed: 2002/2003
Mission Statement: Michigan Gun Owners is a not-for-profit grassroots organization committed to educating the public on safe, responsible gun ownership and preserving and defending the right to keep and bear arms as guaranteed by the Bill of Rights and Article I, Section 6 of Michigan’s Constitution.

According to their website:
Owning a gun is a serious responsibility. Using guns safely and keeping them out of the hands of individuals who should not have access to them are the two main priorities of Michigan Gun Owner.

One example of their education program has been the Safe Storage Program they have pushed that is much like the NSSF Project Childsafe that encourages responsible firearm storage.

URL: http://www.michiganopencarry.org
Membership: $20 yearly, discounts for longer, family discounts available.
Formed: 2009
Mission Statement: Michigan Open Carry, Inc is specifically organized for the purpose of educating the public and all law enforcement agencies on the right to open carry a firearm and to promote its practice. To bring into closer cooperation any and all persons interested in any and all aspects of the open carry of a firearm and to promote and preserve our Second Amendment rights.

Focus: Expanding the rights of gun owners through education and activism specifically using Open Carry as the medium. This includes education via pamphlets, events, and electronic format. They have been instrumental in the legislation to define brandishing.

MOC is also active in the courts working to further open carry rights through lawsuits such as the recent lawsuit against the CLIO school district. This ruling is vital to ensuring that schools do not get special rights outside state gun regulations. Regardless of your feelings on open carry a loss on this legislation would be dangerous to all methods of carry and could destroy any hope of achieving any form of carry on public school grounds.

If you have the money to join, then do it. If you don’t then, at least, become active on their message boards and Facebook pages to show support to the groups.

With Christmas coming up instead of wasting money on joke gifts, stocking stuffers or trinkets that get forgotten about by New Years consider gifting yourself or a loved one a membership to one of these groups. Groups like these need active members to show politicians they represent votes, and they need money to continue pushing forward advances in legal battles, political activism, and education.

If there is one thing you can do this Christmas season to support your fellow man, it’s ensuring that we all maintain the right to carry legally. Your donations, membership and volunteer time, are the currency used to keep politicians out of our rights.

If you are a member of one of these groups, please share this article on social media. If this article has encouraged you to join a group, please tag them and share as well. We The People are the lynchpin of America and can only effect change when standing together.