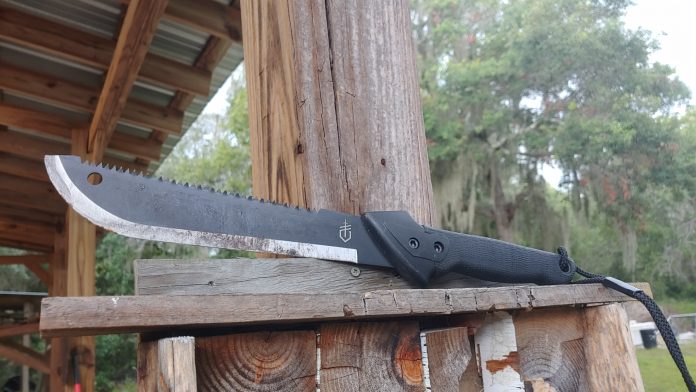 The Marine Corps is full of a bunch of dudes who love gear. I’ve never seen bigger, often impractical knives mounted to gear than a boot infantryman. When we deployed to Afghanistan, there was seemingly at least one Gerber Gator Jr per platoon, if not more. Have been the hottest selling item at the Seven Day Store. Everyone had them, and believe it or not; they proved to be incredibly handy.

As Marines, our institutional knowledge was all about fighting in urban environments in vehicle-borne patrols. In Afghanistan, we rode the shoelace express and lived in what was essentially the 1800s with machine guns and IEDs. 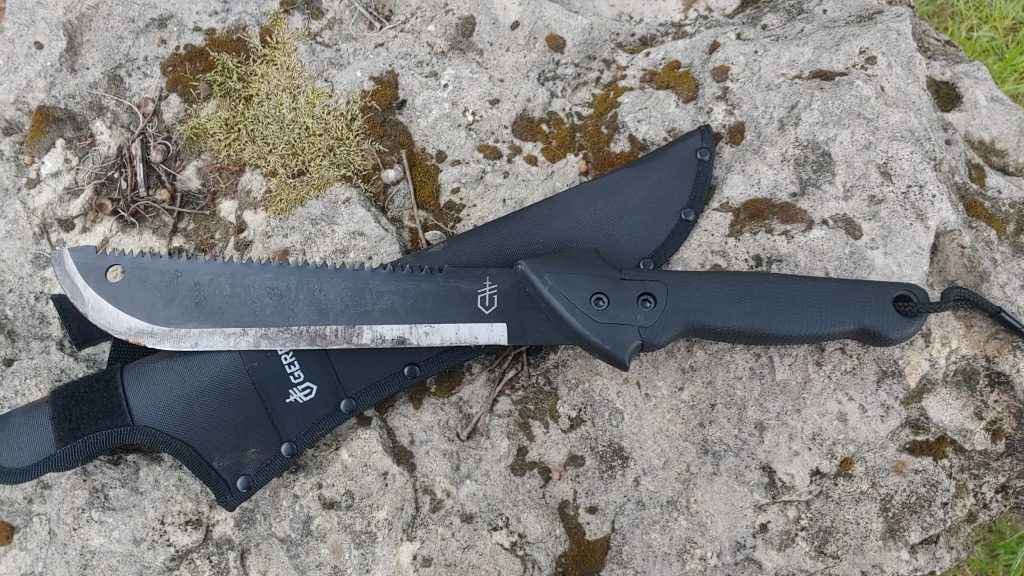 In the cold months, we made fires, and oftentimes we cooked over those same fires. Tree lines hid Taliban fighters, so we’d often clear the brush in these tree lines to deny the enemy concealment.

If we didn’t have those Gerber Gator Jrs, life would have been a fair bit tougher. I can only imagine mounting bayonets to clear brush. After that deployment, I was a believer, and when I saw a Gerber Gator Jr sale at my local Academy, I snagged it for old time’s sake.

I didn’t carry a Gerber Gator Jr. or any machete. In fact, all I carried was a pocket knife. In my defense, I was already hauling around a belt-fed machine gun, and more ammo than all the riflemen in my squad put together. Weight was the last thing I needed, but we all took turns wielding the machetes when it came time to work. Picking up the Gerber Gator Jr. was a bit of a flashback to simpler times. 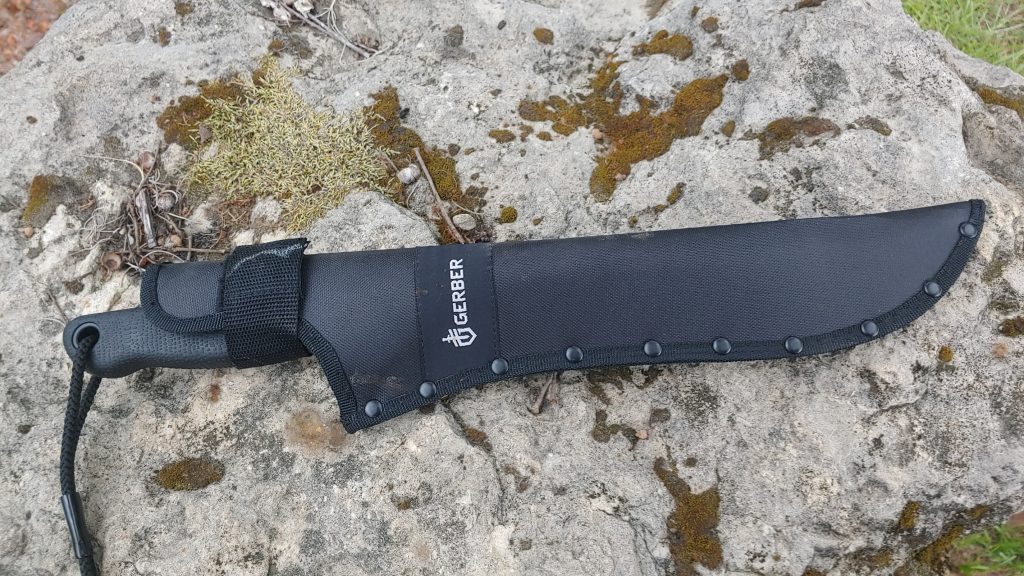 The Gerber Gator comes in the standard size, and the Jr. The Jr features a daily short 10-inch blade with an overall length of 18.75 inches and a weight of 14.3 ounces. The blade is stout, with a big rounded belly of a blade you’d expect from a machete. It’s not too heavy, and the handle is fairly large for the short blade. At the end of the blade sits an integrated handguard that is a natural extension of the grip itself. 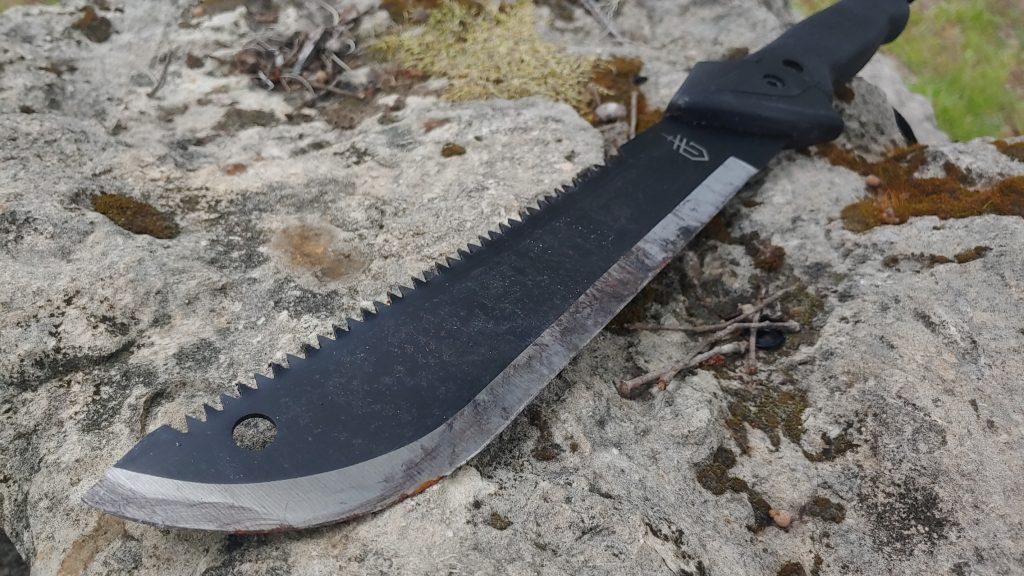 The Gator, in the name, most likely refers to the massive saw sitting across the back of the blade. The saw blade is almost the exact same length as the rest of the blade and packs a serious bite to it. It’s a sharp saw.

Chopping Away With the Gerber Gator

I live in Northwest Florida, and it’s basically a jungle out here. It’s a constant battle to fight against the jungle that’s always encroaching on whatever bit of property you have. Summer means I’ve been hustling, trying to keep the jungle down on both my property and the property I recently purchased. 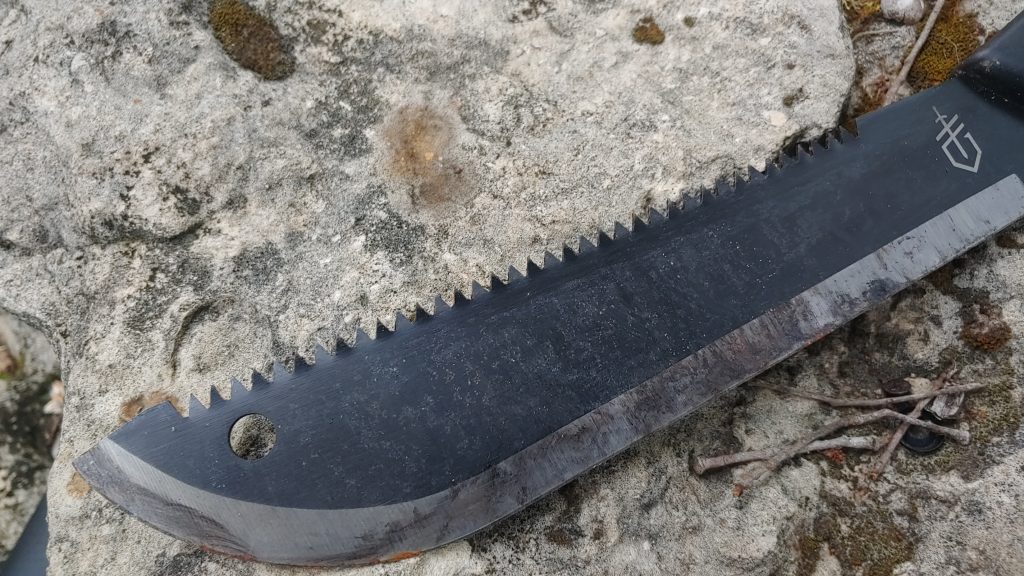 With the Gerber Gator in hand, I’ve chopped, split, and cut my way through weeds, often at knee height. I’ve sliced through the small oak saplings, vines, and more to win my fight against nature or to at least come to a draw. The Gerber Gator absolutely chews through materials that are both thick and thin. The blade is impressively capable, and even light slices deal serious damage to both the thin and thick brush. 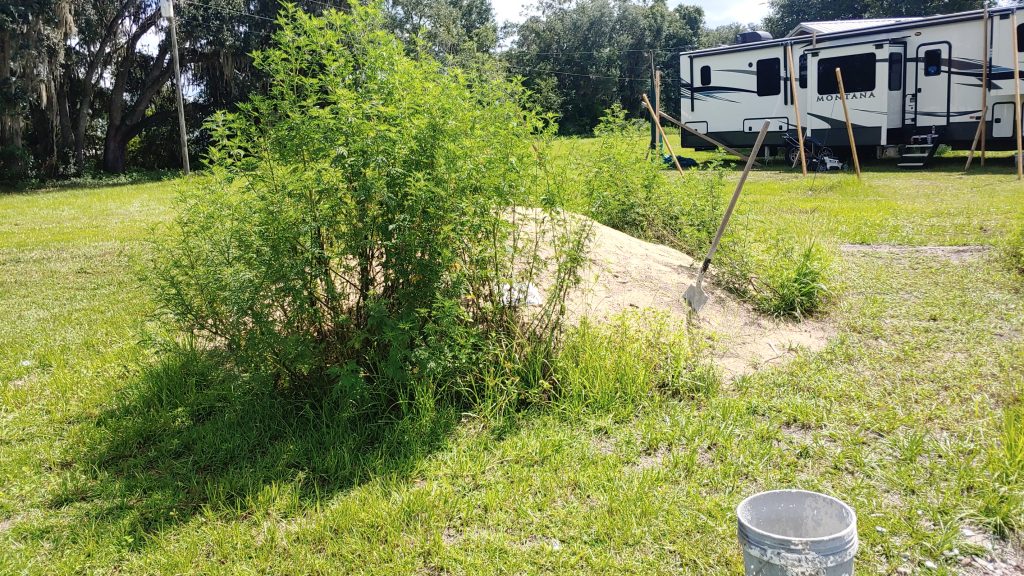 The handle is nice and comfy with a soft grip that’s highly textured and easy to grip. It stays put even when my hands are nearly dripping with sweat. The thick and soft nature of the handle prevents it from causing blisters or hot spots even during the longest day of work. 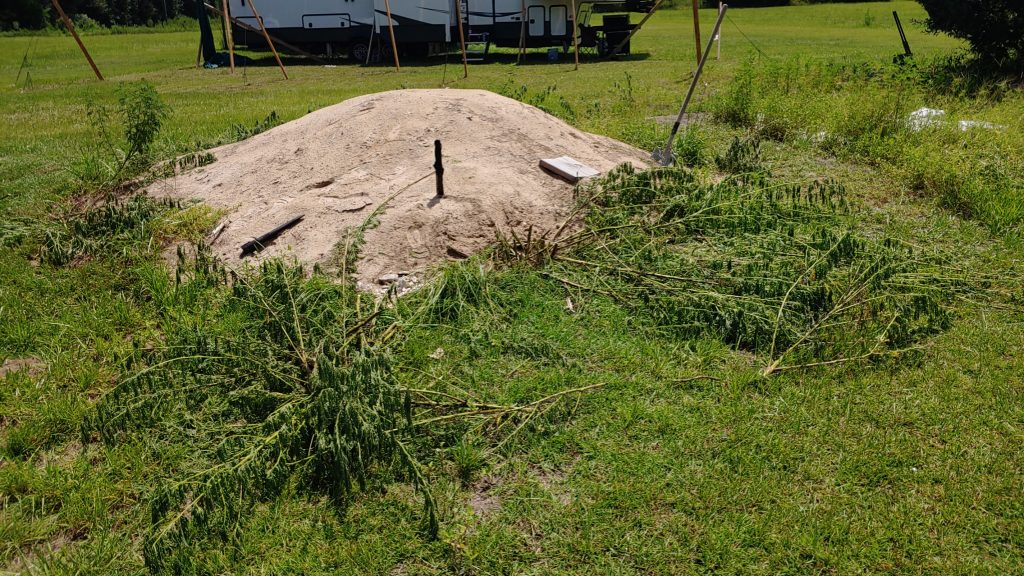 The saw blade on the back of the Gerber Gator really digs into thicker materials and cuts through them fairly quickly. I had some trees getting a bit long in the tooth, and after climbing a ladder, I was able to cut through four branches between two and three inches thick without much difficulty. Admittedly a gas-powered pole saw made faster work of the rest of the limbs, but the Gerber Gator was as good as I remembered it.

The Gerber Gator Jr. is paint sized machete that borders on just being a big knife. However, the little Gator packs a big bit. The small size was a big reason why the little guy was so popular with Marines in 2009. It could be strapped to your flak and pack and not take up much room.

The Gerber Gator Jr. is a pint-sized powerhouse that chops, slices, and cuts through your typical yard debris. If I had to go to the Colombian jungle to fight a Predator, I’d take a Gerber Gator with me.