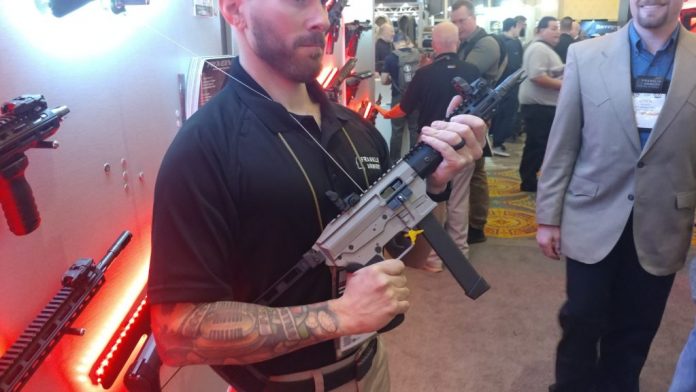 Franklin Armory is getting a reputation for creativity and defying both conventional wisdom and the idea of how guns need to be made. They also produce a variety of conventional guns, but their show stoppers are the weapons that push the boundaries of both the law and design. The Reformation was last year’s showstopper, and this year we have the Providence. The Providence is a pistol caliber carbine that comes in both a rifle and pistol configurations. It’s an AR for sure, but it’s not semi-automatic. It’s not a pump action like Troy, and it’s not a bolt gun either, or any other manual action that you’ve ever seen. Franklin Armory calls it a digital action, by digital they mean your finger some kind of technological marvel.

The Providence has a longer trigger pull than most rifles because the trigger pull is pulling the bolt rearward and this will eject a fired round. When the trigger and bolt reach their apex the bolt will release, chamber the round and fire the weapon. To eject the round you begin to pull the trigger again.  The whole operation is simple but requires a longer trigger pull. It’s very revolver like. The current prototype features what feels like a nice, honed double action revolver trigger. The goal from Franklin Armory is to get the Providence’s trigger down to 4.5 pounds before production.

The Providence is not a one trick pony. It has also has some very unique and interesting features. The first is the adaptive magazine well. The magazine well can be removed and changed to accommodate not only various calibers but also a variety of different types of magazines. The future will hold multiple Glock type magazines as well as potentially mags from the MP5 and Colt SMG platforms. The barrel can be swapped with ease to accommodate various calibers as well. 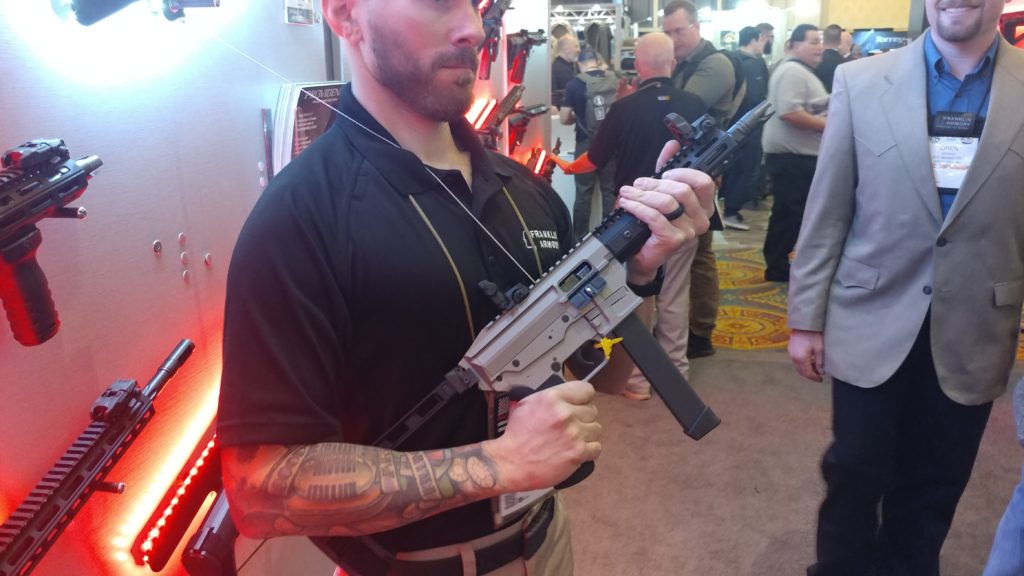 The system is bufferless of course and accommodates SIG MPX stocks. This allows for a very compact platform with a folding MPX brace. There is a small charging handle on the left-hand side that allows you to manually open and hold the bolt rearward and this would allow you to clear malfunctions.

Overall the gun itself is very well made and quite clever. It was designed for an overseas market where semi-automatic weapons simply aren’t accessible. This could also be perfect in states with heavy restrictions. It’s currently 49 State legal with California still pending.