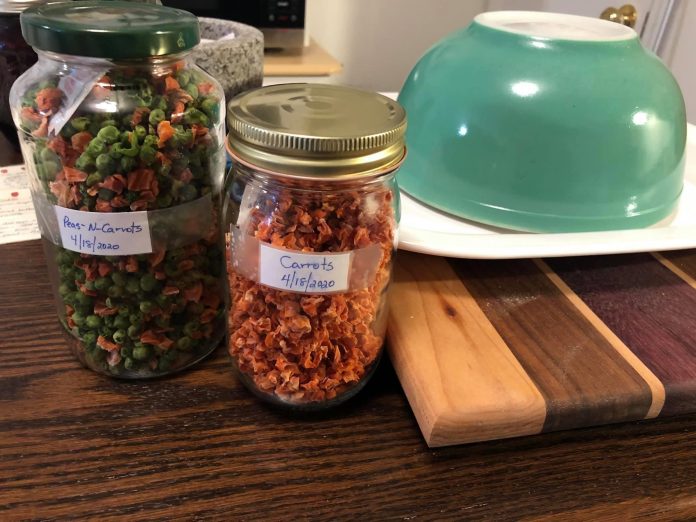 Bear with me here, because yet again I don’t have anything hot to report in the guns department. With everything going on and sewing masks in my free time, I haven’t managed a trip to the range in over two months. Heresy, I know.

But testing out a new holster when I’ve been wearing nothing but medical scrubs and pajamas for two months is not exactly rigorous research. That’s going to have to wait until I’m wearing real pants and belts again. So, let’s talk about something else…

This pandemic is teaching lots of people many different hard lessons. I’m one of those people who is trying to learn something new every day from this situation – and storing it for future reference.

One of the pandemic lessons I’ve learned in this mess is that the food supply chain is much more delicate than I had previously imagined.

It isn’t so much that food isn’t being produced – it is – in abundance. But the supply chain is apparently not flexible enough to allow a quick switchover from wholesale/bulk/commercial to individual consumer-based distribution. Being a relatively new prepper and not an economist or farm owner (I don’t even play one on TV), I had never even considered this angle before.

First it was milk being dumped.

Then it was livestock being slaughtered.

Then it was crops being plowed under or left to rot.

All because the supply chain was backed up or dried up because of lost restaurant and school food sales and packing plant closures due to illness.

This makes my inner frugal “waste not want not”  penny-pincher shudder. So much perfectly good food going to waste – all for want of a way to get it to market.

It sounds to me like it’s a good time for a systems revamp. Flexibility needs to be built into the distribution chains, with some inter-connectivity so that this doesn’t happen again. And don’t even get me started on the majority pork production being owned by a Chinese conglomerate.

In the meantime, it’s a good time to support your local agricultural community. My local farmer’s market has come up with an order online and drive-through pick-up system. Many of the farmers also allow an option to pick up at the farm yourself. Although it’s a little more expensive this way, the money goes back into the local economy rather than the corporatocracy. Because of the situation, even big store prices are going to rise, so it will probably end up as a wash eventually.

This week I splurged and bought free range chicken and a pen raised rabbit from the online farmer’s market. I’ve still got pheasant, boar, and venison in the freezer, but I wanted to support the local growers.

I didn’t have any success this year small game “grocery shopping” by myself, but I did manage a really tasty squirrel pot pie out of some squirrel meat that was given to me. Now I need to look up rabbit recipes. Any suggestions?

I’ve also been working on expanding my gardening efforts – like everybody else.  I did buy some more frozen veggies when I could find them and dehydrated for long term storage. But I want to concentrate even more on growing my own. In true pandemic prepper fashion, I’m also trying to build a raised garden bed frame out of some old shelves I found in the office attic. The goal is to turn it into an experiment in “three sisters” growing.

Hand sawing hardwood is a fair upper body workout for this old gal (the wrists are holding up ok so far). That’s another “prepping skill” I’m working on – learning to use more hand tools. In the event of a “true” apocalypse, electric tools aren’t going to be of much use. Thus, a hand saw and an old school carpenter’s brace (hand drill) are my tools of choice for this project. I’m currently reading up on pilot holes.

I need to hurry up and finish this project because I want to plant the corn by next week or so.

Can anybody stand ongoing updates on pandemic gardening? How about pandemic patio furniture building? Maybe I can test how a holster retains a gun while I’m sawing 2×4’s in my back yard?? Sorry – I’m trying! :-)