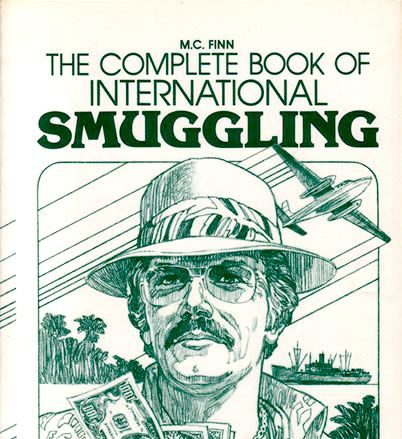 Paladin Press was an interesting company. They published a ton of books. A lot of them were from some very respected military and police sources. People like Rex Applegate and Sykes and Fairbairn have books published by Paladin Press or reprinted, at the very least. They covered interesting topics like dealing with surveillance and bugs.

They also published some straight-up mall ninja-like rubbish. Some of their books were harmless and silly, fodder for teenage boys. Others were, for lack of a better term, bat poop crazy. I’ve gathered and regrettably spent a ton of time reading their books and have settled on five that are funny, crazy, and controversial.

Weapons of the Street

Weapons of the Street greets you with three surly-looking tough guys all armed with some form of weapon. As you dive into this manual, you learn how to use and defend yourself with Weapons of the Street! You get goofy photos and seemingly complicated techniques explained in about a paragraph about how to use and defend yourself from clubs, bike chains, and more. 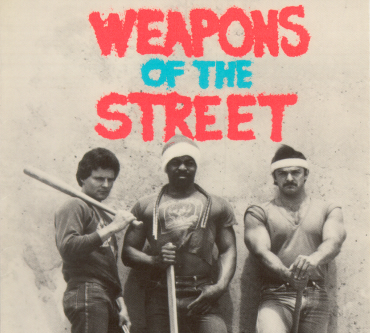 My favorite parts included using a chain to wrap around the bad guy’s leg and then tripping him. This is taught as a viable technique in a street fight when you are facing your enemy, just whip the chain around his leg and trip him! My second favorite is in the end.

If you’re approached by three, although the book advises it works on two bad guys, raise your hands up like you are going to surrender! As they approach, reach for the .38 Special in your pants! It never tells you why you should fake surrender and effectively decrease your draw time.

The Sling for Sport and Survival

I started looking through this book because I like weird weapons, specifically primitive weapons. It’s the book that inspired this article, actually. As the name implies, it’s about the Sling and its use for sport and survival. I can buy it as a valid hunting tool, and it’s been proven effective for hundreds of years. 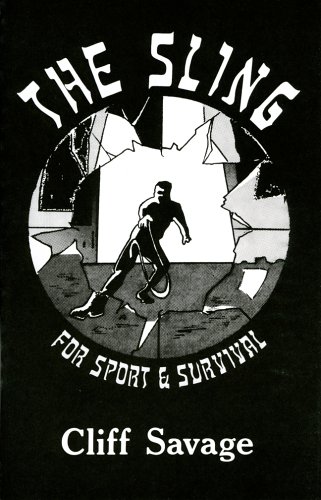 Where this book and Paladin Press lose me is near the end in a section called “Urban Warfare.” There the book takes a turn and declares the sling is becoming a preferred weapon for urban survival and warfare. Admittedly I wasn’t fighting in urban battles when this book was published, but I’m pressing X to doubt.

According to this book, you aren’t even properly armed without a sling. In fact, in urban warfare, there is “no substitute for the sling.”

The Death Dealer’s Manual promises you a book written after decades of real-world research. It will make you a professional killer! For example, it gives you advice like handguns are great close-range weapons. Also, did you know that if you shoot someone in the head, they’ll die? Obviously, we get a whole chapter on knife fighting. 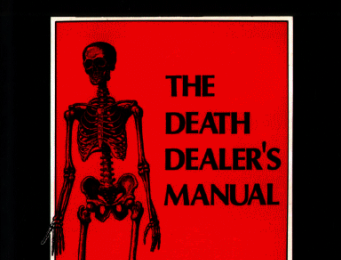 Don’t worry. It’s all legitimate information. You see, a real mafia hitman was consulted by Paladin Press to write this book. Seriously, they didn’t just make that up. You can’t lie in books. The .22LR is the best weapon for a hitman, too, according to this book. Glaser Safety Slugs are also the superior ammo choice.

The book is full of common sense stuff like headshots are effective, and also a ton of B.S. stuff like the zipper fire technique where you start aiming at the belly button and squeeze off ten shots as fast as possible, and the muzzle rise will allow you to end up shooting them in the head, as well as the body. Like the Hit Man manual is the cringy stuff you hear at certain gun stores.

Manual Of The Mercenary Soldier

Do you want to be a mercenary? I bet so. That collection of Soldier of Fortune magazines will finally see some use. If you wanted to be a merc, Paladin Press sold the Manual of the Mercenary Soldier, written by Paul Balor, with a cover that’s graced by actual mercenary Mitch Werbell the third. 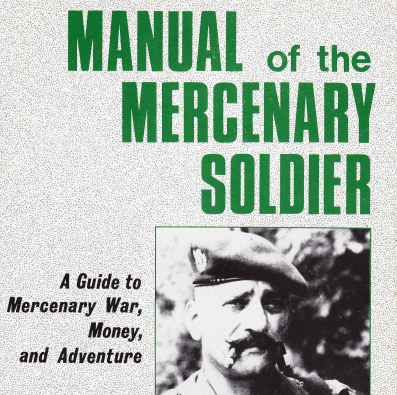 Was Paul a mercenary? It doesn’t seem so, and he only ever wrote this one text. It’s full of empty advice. The author says do this but doesn’t mention how to even start doing whatever this may be. The book dives into tactics, and it’s just fluff and useless information you already know and a diatribe about Lawrence of Arabia. It doesn’t actually teach you how to conduct an ambush.

Will this book make you a mercenary? Nah, but there are some interesting historical tidbits. This reads like someone who knows a fair bit of martial history but nothing about on-the-ground warfare and tactics. In true Paladin Press fashion, there is a lot of knife fighting advised.

The Hit Man – A Technical Manual for Independent Contractors

I wrote an entire article about this guide. It is supposedly written by a real hit man who spells hitman hit man. Rex Feral, the author, writes an entire book advising you on the arts of being a hit man. Much like the Merc Manual, the guidebook is pretty skinny on actual advice. It tells you the obvious things about becoming a hit man but offers no practical advice on how to do so. 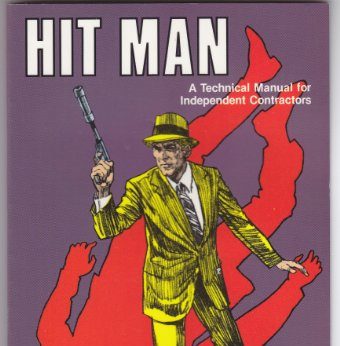 Most of the advice is comically bad, and it’s one of the first times I saw the phrase “Killed in the streets” in regard to sport karate. The advice is honestly pretty bad, and none of it makes a ton of sense. However, the book was used by a man who actually killed a few people, and he supposedly followed the manual’s advice. I guess that explains why he was caught and convicted so easily.

The book has quite a history and was effectively banned via a lawsuit. The ban didn’t make the book illegal, but Paladin Press agreed to destroy their remaining copies and not print any additional copies.

The End Of Paladin Press

Paladin Press published a good bit of rubbish alongside some fairly awesome manuals. Sadly, they are no more and have shuttered their doors. With them, they took their publishing catalog and even their eBooks. Paladin Press was fearless, and I doubt we’ll see another company like them ever again.