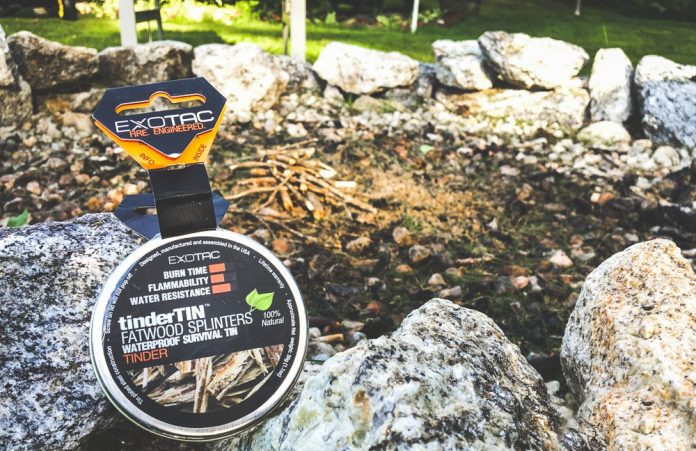 My bushcraft-minded friends invariably cringe at my approach and have tried repeatedly to convince me to use a more refined starting procedure. Their cries have not fallen on deaf ears. 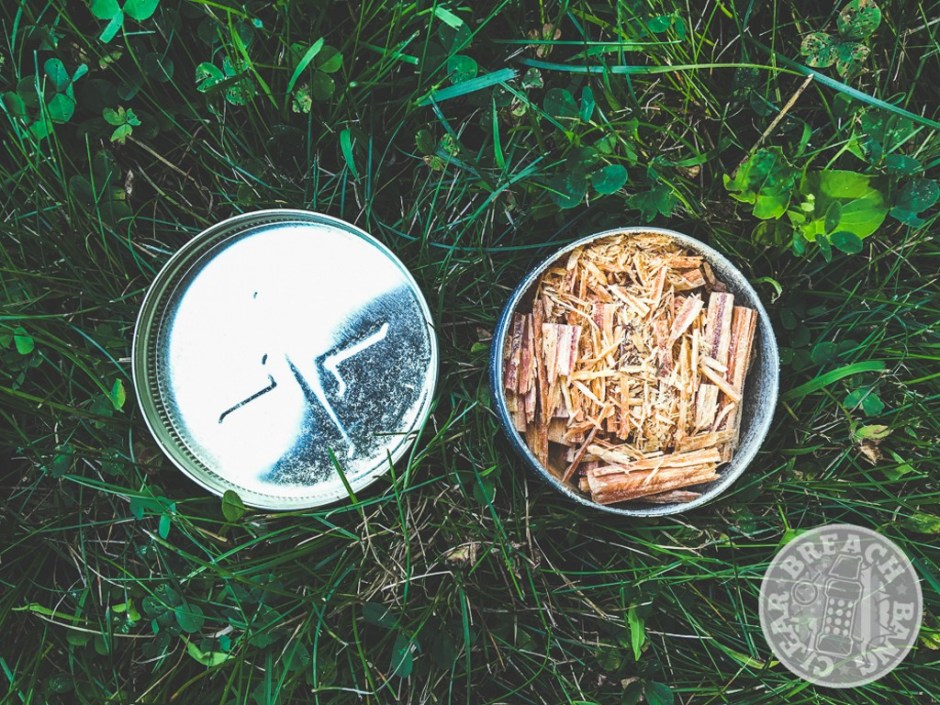 I recently secured a tinderTIN™ of Fatwood Splinters from Exotac. The round, waterproof metal tin contains slightly over an ounce of material – enough tiny shards to start several fires out in the wild. If you’ve never used Fatwood before, Exotax explains, “Fatwood comes from pine tree stumps that contain a large amount of resin. It lights quickly, burns hot, and is wind and moisture tolerant.”

Tolerant being the key word. Don’t expect miracles while using logs you pulled out of a swamp. If you’re using slightly green wood, this stuff isn’t like tossing Willy Pete onto a bed of hay. But I’ve had good experiences with larger pieces of Fatwood before, so would this be any different? Do yourself a favor and just start with dry kindling, okay?

The tin contained a mix of splinters and shavings, akin to the stuff you find on the ground at most lumberyards. 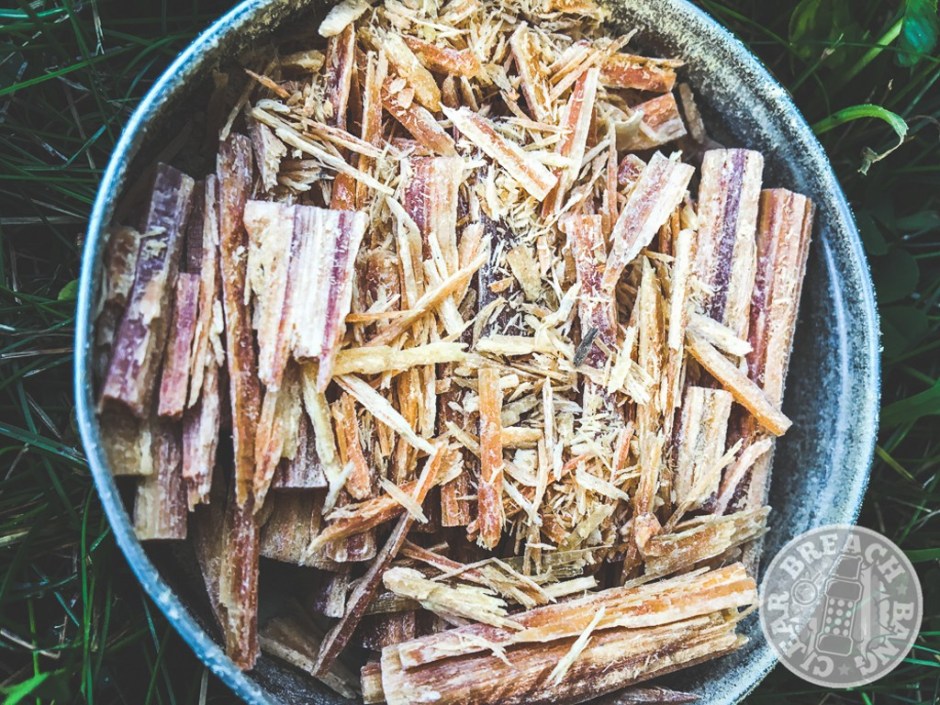 Using my tried and true procedure outlined above, I replaced the lighter fluid with exactly a handful of splinters from the tin, arranged them in the recommended “log cabin style”, used the creature comfort of a torch lighter instead of a match, and tested to see if they would indeed have enough juice to get some kindling going. I used the splinters sparingly since I didn’t want to waste the entire load in my first outing. Within seconds, the kindling caught and I was up and running. I had a respectable flame rising within about a minute. Way too easy. 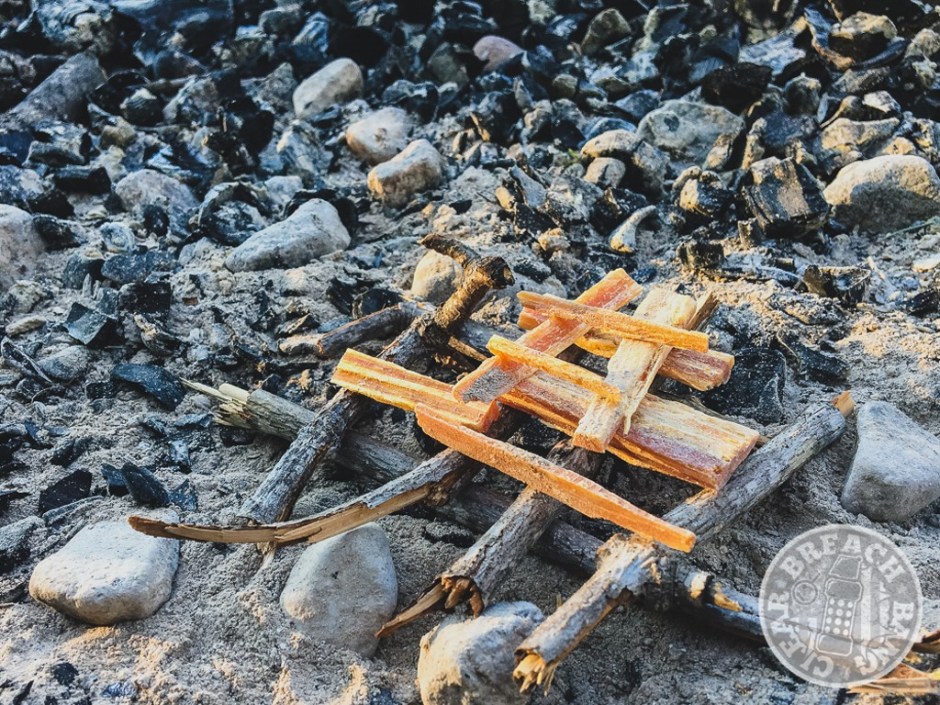 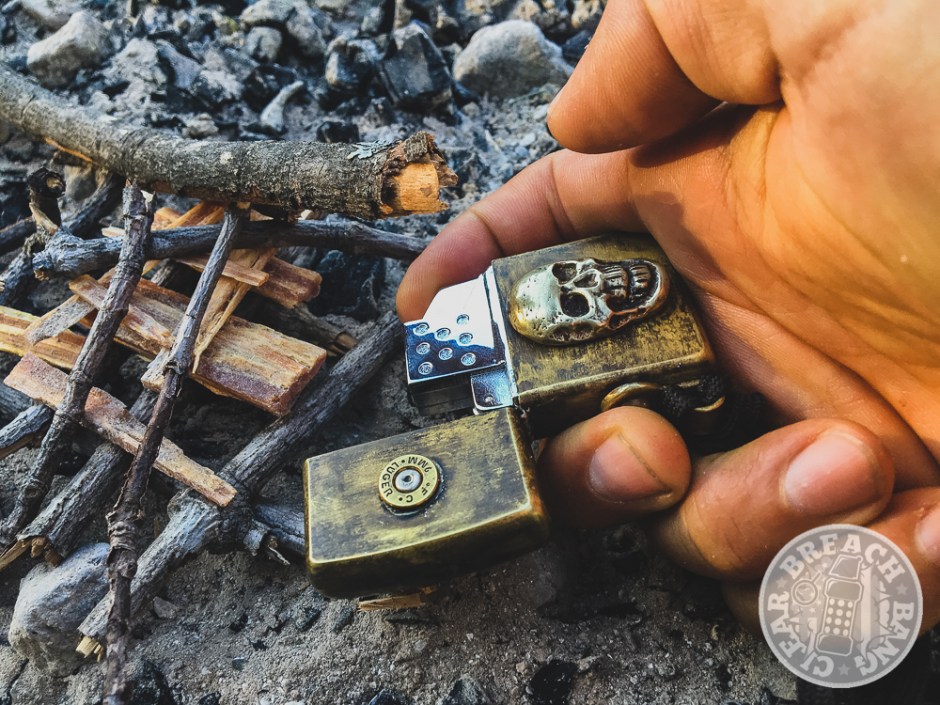 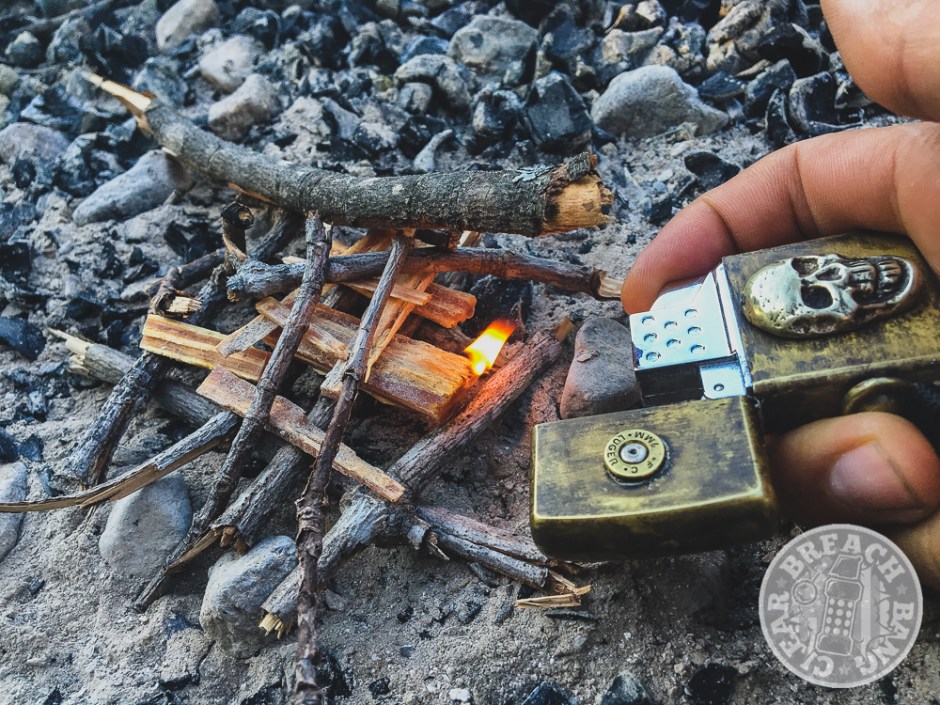 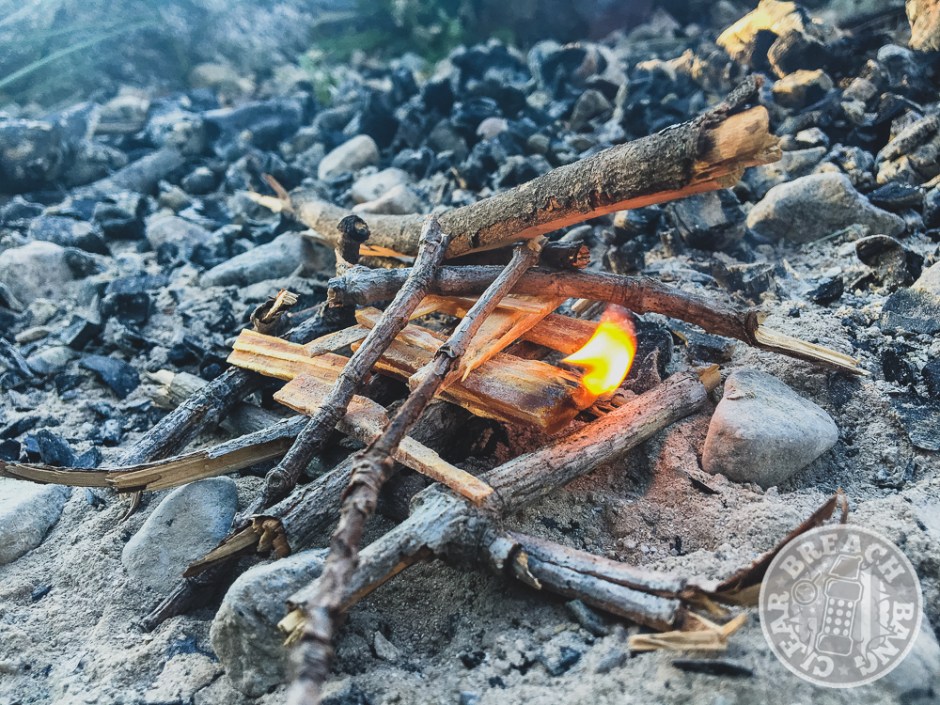 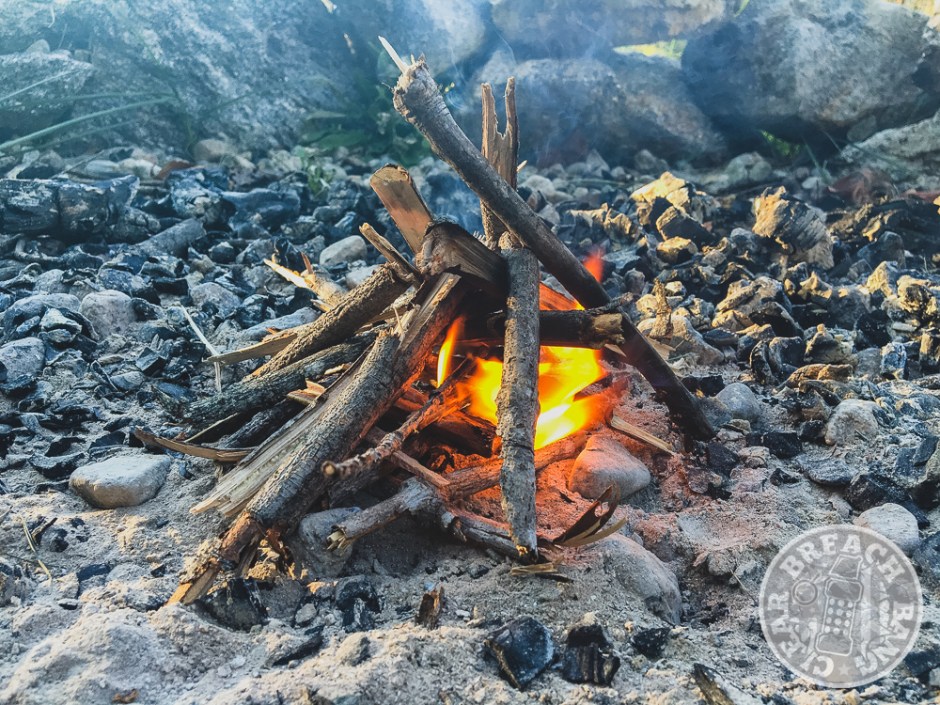 I’ll continue trying the tinderTIN™ in varying conditions, with varying types of kindling and different fire starting devices. But at first go-round I’m convinced my survivalist friends are on to something with this whole “work smarter not harder” thing. I’ll save the half empty bottle of lighter fluid. For now.

The tinderTIN™ can be found on the Exotac website and retails for $5.95.