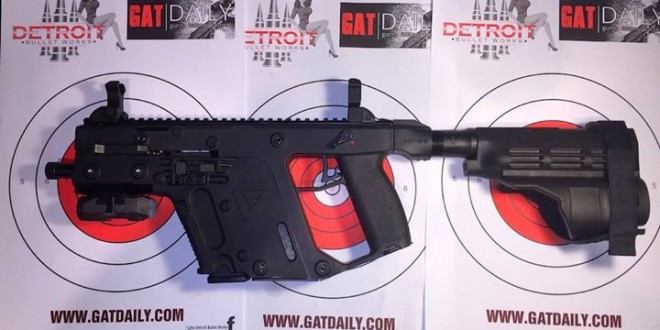 According to a recent post the ATF may be making an attempt to back peddle on the Sig Brace. 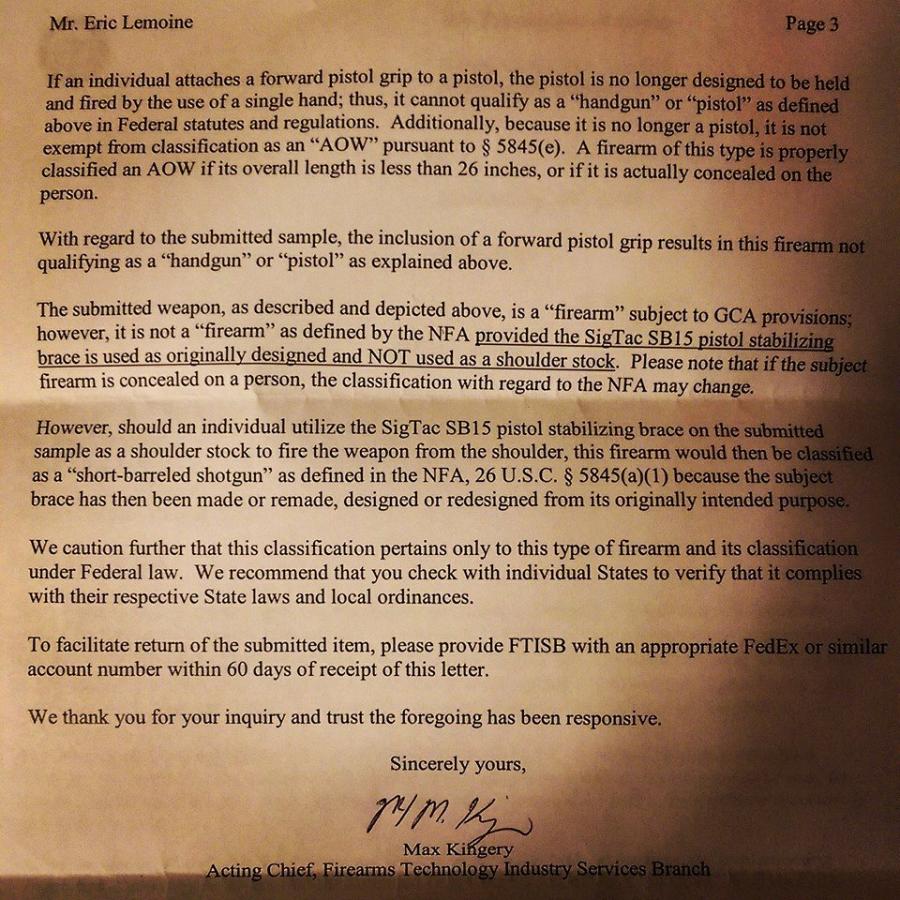 “When it comes to the AR stuff, I don’t know anything about it,” Lemoine said. “We don’t follow the AR market at all. I’ve fired an AR twice in my life. When it comes to questions of whether ATF is walking back its ruling, I don’t know what to say about it because I didn’t know they had made a ruling on the accessory.”

“The only thing I can say is that the letter states that this applies specifically to this design only. … Just our shotgun,” Lemoine added. “If it’s an AR, it doesn’t mention it in that letter at all.”

But some worry Kingery’s note may nevertheless be the beginning of a shift in the ATF’s thinking on the Sig Brace. In March, the agency made what was arguably a groundbreaking ruling on the use of the brace, saying shouldering an AR pistol with an SB15 would not change it to a short-barreled rifle that requires separate registration and a tax stamp.

“Accessories such as the Sig Stability Brace have not been classified by [ATF] as shoulder stocks and, therefore, using the brace improperly does not constitute a design change,” ATF wrote. “We do not classify weapons based on how an individual uses the weapon.”

Since that March letter, the market for AR pistols has exploded, with manufacturers, retailers and shooters seeing a new opportunity to engage with shorter barreled AR-style pistols fitted with a Sig Brace without having to deal with the headache of SBR registration.

Still the ATF’s latest letter to Black Aces Tactical may be a shot across the bow at pistol makers and shooters who use the brace as a makeshift stock.

“The BATFE is in the process of reversing its position on shouldering arm braces due to a change in leadership. It might not be this moment, but it’ll be soon,” a worried shooter said on an Internet forum post about the ATF letter. “Investing a ton of money in weapons that are only usable with ‘arm braces’ may not be a wise plan for the future.”

Here is one of them

Considering the amount of these that have sold this would be a major blow to the many users who have purchased these. Considering the ATF rules recently the brace was legal for shoulder firing this is a major change in stance. I wonder if it has to do with the current suppressor lawsuit with Sig and the ATF.