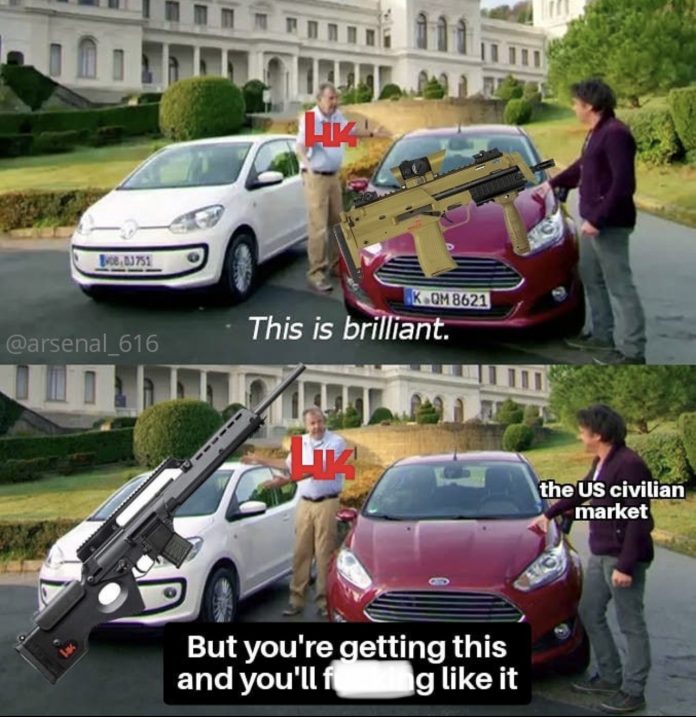 The internet is abuzz with grump of H&K’s announcement of the reimportation of the SL8, the sporterized and neutered G36.

This sporterizing is the only way H&K can get past, not only the US Government’s import laws, but the German export laws. H&K being a major defense contractor, the import/export restrictions are heavy upon them and getting the guns into country and out of Germany is a royal pain.

It is not as simple as saying there are similar firearms already in the United States, that would be far too simple.

The fact that the G36 is also the BRN-180, MCX, SCAR, ACR, and so forth in practical terms matters not one iota. The fact that other countries, like Austria, can import more freely with the United States is also irrelevant. The Germans are highly highly sensitive about their image of supplying weapons of war. Something about the late 30’s early 40’s and some mustached douche who stole Charlie Chaplin’s look.

Long story short, the best way to get a G36 is domestic. Tommy Built. Or if you need ‘authentic’ german then you’re going to have to grab up the kits and convert them. These are time consuming and expensive, but so are many hobbies. You do you.