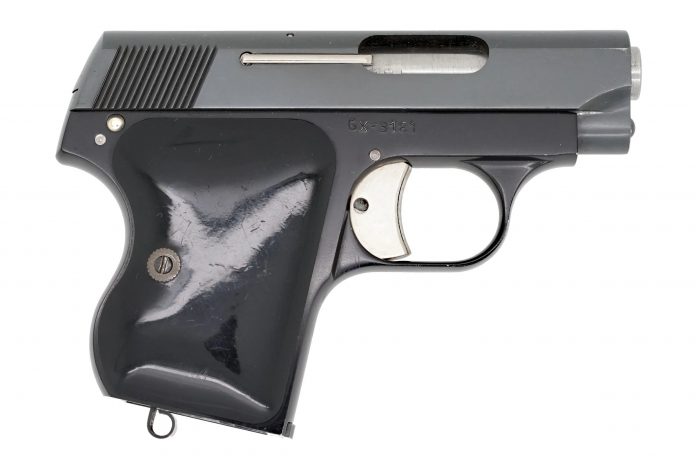 If you said Colt didn’t have much imagination, I’d have to agree. They are still clinging to the 1911. Admittedly they seemingly failed every time they tried to do something different. Why they aren’t exactly imaginative in the guns they produce, they do have some interesting prototypes that never got made. For example, the confusingly named Colt GX-3181. The GX-3181 is a prototype pistol designed as a retro refit of the Colt 1908 Vest Pocket pistol.

To really understand this gun, we have to understand the Colt 1908 Vest Pocket. The Vest Pocket was a John Browning design. As the name implies, it’s a pocket pistol. It’s only 4.5 inches long, with a 2-inch barrel. It weighed only 13 ounces and was chambered in the anemic 25 ACP round. This was a striker-fired pistol that used a straight blowback operation. ‘Tiny’ best describes the gun. 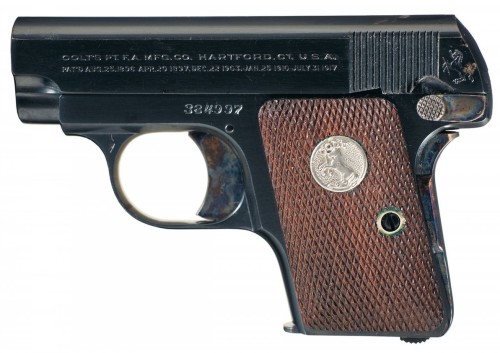 The weapon featured a set of fixed sights which were incredibly small but designed to be snag-free. They are actual sights, but Colt carved a trench into the slide to allow them to sit flush with the slide and be rather snag-free. It’s a smart design. The 1908 Vest Pocket was a popular pistol, and nearly half a million were produced. They were even fielded by the OSS and SOE during World War 2.

By the mid-1940s, the Vest Pocket was out of production. Sales likely slowed due to the gun’s age and the advent of similar, more modern weapons. Colt still wanted a piece of that small, concealable pistol market. Cheap European pistols flooded the market, and Colt was being priced out. They looked at the Vest Pocket and pondered what they could do to improve the design. 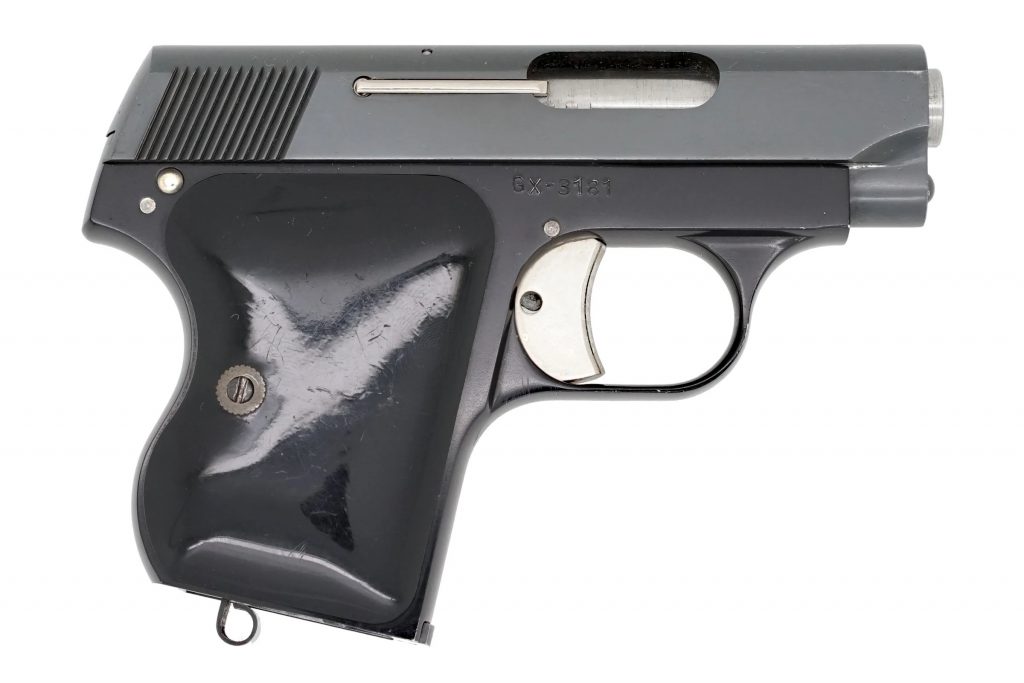 They came up with a few options to make the pistol more modern and appealing. I imagine the anime 1908 Vest Pocket pistol made it a little less prevalent after World War 2. People were looking towards the future and the atomic age. The wearing of vests was likely less common, and who wanted a gun from 1908? 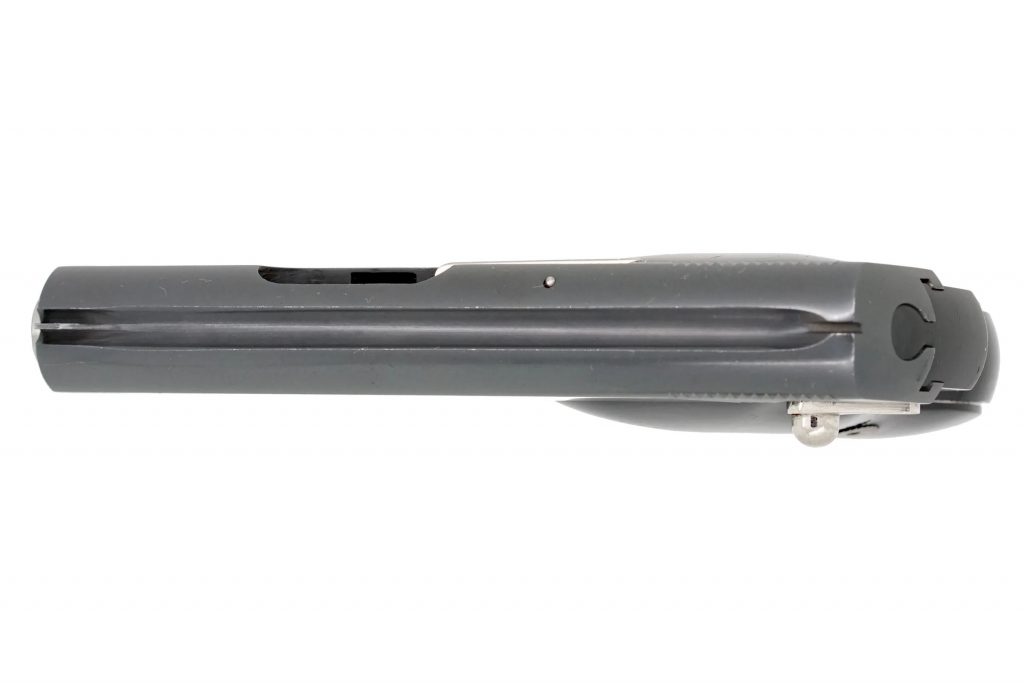 The Colt GX-3181 ditched the wood grips and replaced them with a polymer-type material with a bit of a swell to them. It likely filled the hand better, making the gun a little wider and easier to shoot. Say bye to the grip safety because it was gone. The frame-mounted safety had a slight redesign that allowed it to be a bit bigger and flow into the slide easier.

The heel-mounted magazine release was enlarged and likely much easier to work with. The slide was slightly reduced, exposing some of the barrel. To cut weight, the frame was made from aluminum. Also, interestingly enough, the prototype produced was in .22LR instead of 25 ACP. This might have been for prototyping means, but it also might have been because 25 ACP was going out of style. 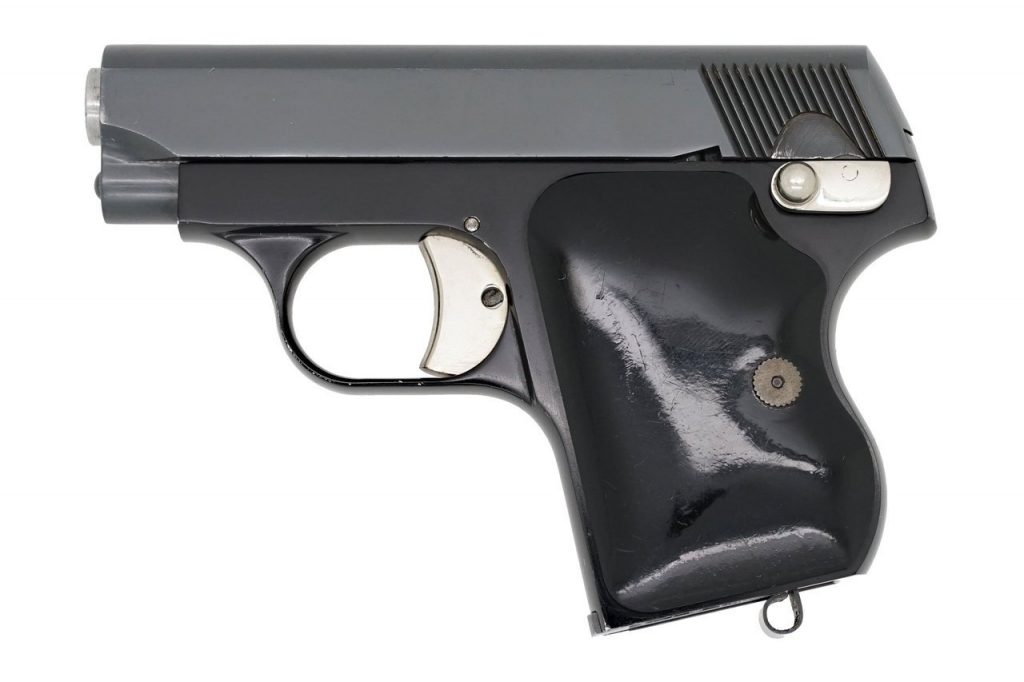 The sights remained small and kept the odd, low profile, trench-type design. It appeared to be a very handy little pistol. Perfect for the pocket and handy for concealed carry. So, where is my overpriced Colt GX-3181 listing on Gunbroker?

The Fate of the Little Fella

Colt prototyped the weapon and tested it, but it went nowhere. Sadly Colt ditched the idea but still wanted a mini pocket pistol. They decided to import a weapon from Spain, specifically Astra. Colt imported the Astra Cub and renamed it the Colt Junior. It was a 25 ACP pocket pistol that was cheaper to import than it would be to produce the GX-3181.

Sadly, economics got in the way of production, and Colt ditched the plan.