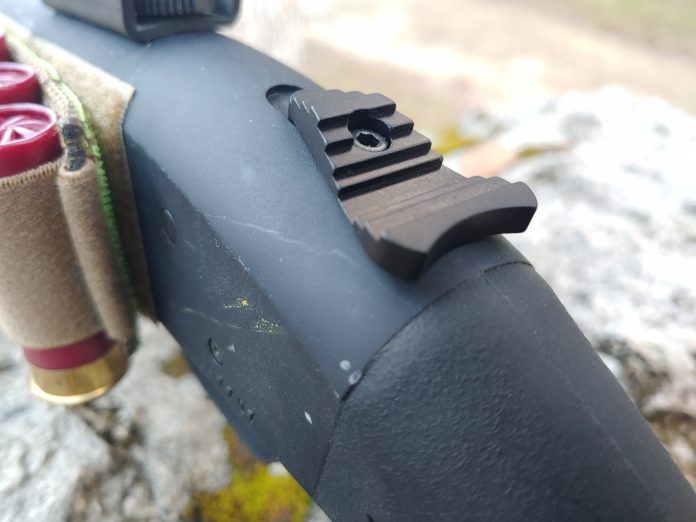 The Mossberg safety reigns supreme when it comes to shotgun safeties. The tang safety design is my absolute favorite, and it draws me to the Mossberg design. The standard Mossberg safety is pretty dang nice, but it could be better. Anyone who has put themselves against a timer and tried to perform has likely missed something. I have certainly missed the Mossberg safety when attempting to go fast, and to help prevent that, I’ve purchased a few Mossberg extended safeties to try out. The first is the CDM Delta Wave. 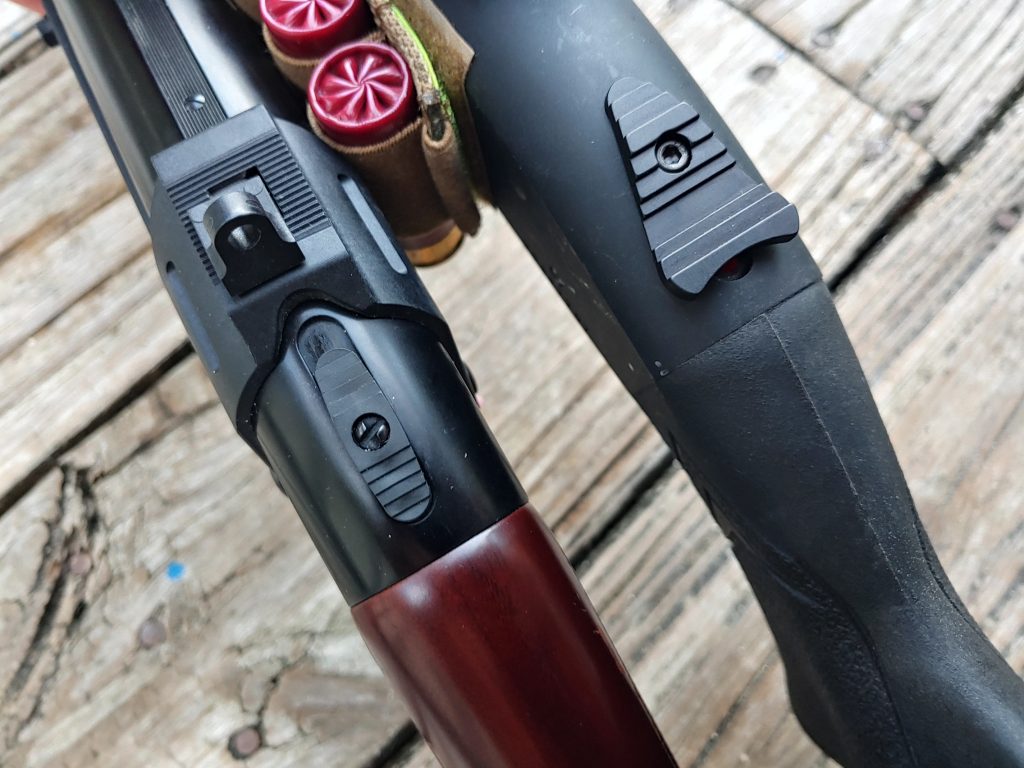 This is the one that caught my eye because it is absolutely massive! It’s huge and looks impossible to miss. The wave design is certainly much bigger than your standard Mossberg safety. It features a lot of ribbing and edges that promise to catch your thumb as you activate or deactivate your weapon’s safety.

The one thing I hate about the Mossberg safety is how hard it is to remove. They really don’t want you to swap the safety. It’s a hassle that often ends up destroying the screw holding the original in. That was the hardest part of the installation. Once I finally got that thing removed, the CDM Delta Wave dropped on without issue. 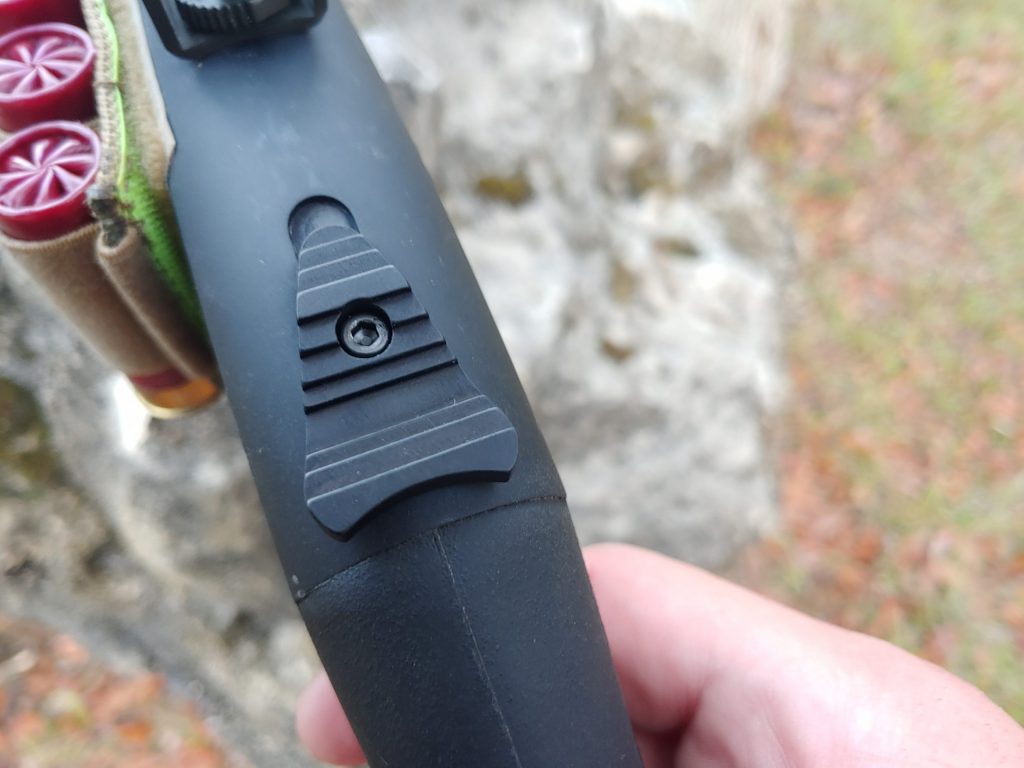 An Allen head bolt holds the safety in place, so installation is easy. The safety comes cut with two small pits to allow the user to position the safety in one of two different positions that vary just slightly to make the reach a little easier for you. I used the further position, and it was super easy to reach with my thumb with my stock.

The CDM Delta Wave In Action

Look at the two. I think it’s immediately clear that the CDM Delta Wave works. It’s huge! This massive thing is almost impossible to miss. Your thumb sits in the middle, and you have plenty of purchase to move the safety forward and backward with ease. The design is absolutely outstanding. 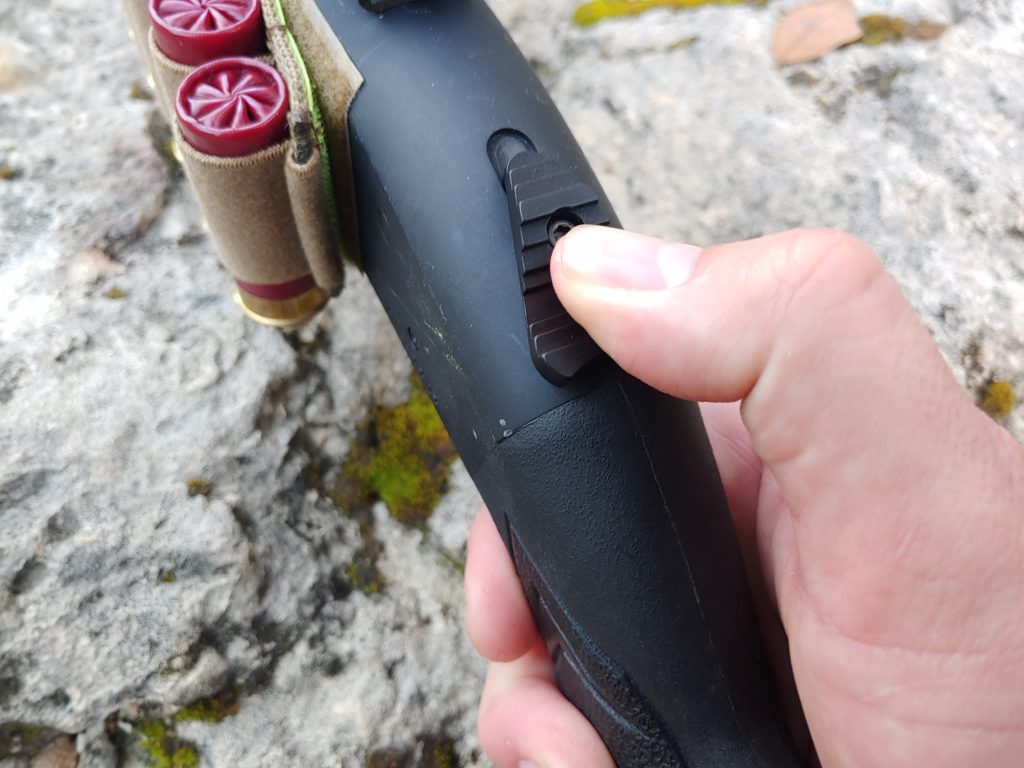 You can utilize the CDM Delta Wave safety from any forward or aft angle. You don’t have to keep your thumb positioned in the middle of the safety and can use the extremes of the safety. On occasion, my finger will sometime glance over the top of a stock Mossberg safety, but that doesn’t happen here.

It’s as if the safety doesn’t allow it. It appears to be near twice the width of the stock safety, so even when you are in a hurry, your thumb can find an edge to disable the safety. I ran a few timed drills, and even when moving as fast as I could, my thumb had no problems finding the safety and disabling it. 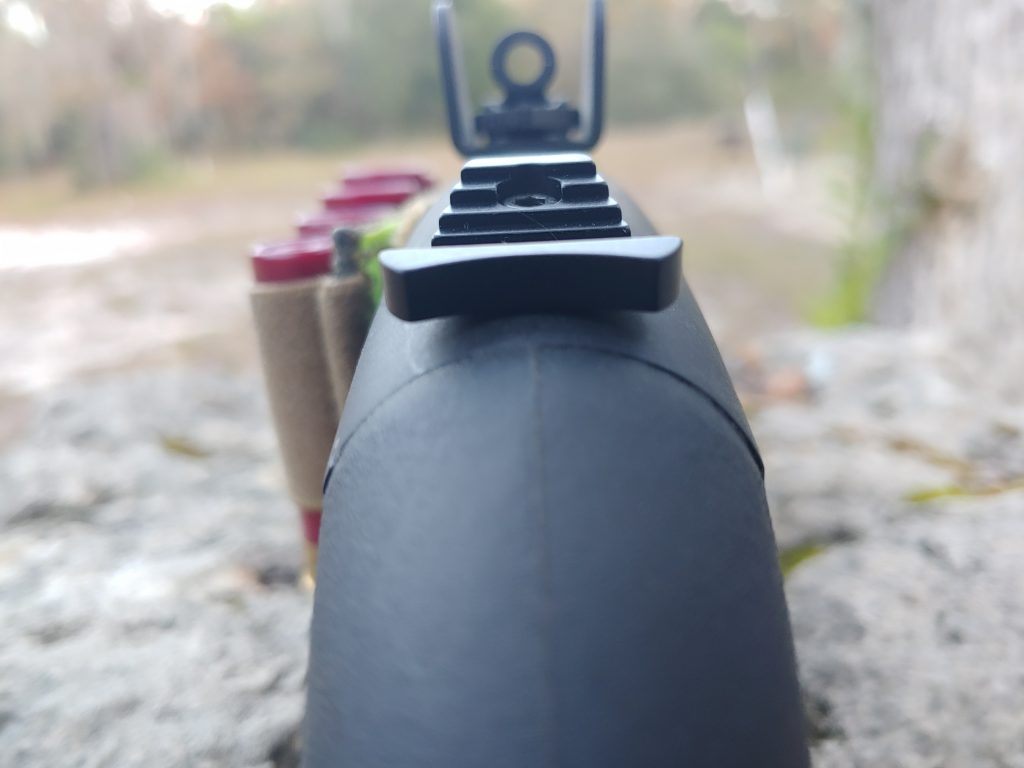 The action is tactile and audible in terms of feedback. That loud click is heard and felt, and you know if the gun is safe or on fire regardless of your situation.

Of course, it’s pretty easy to see which route I’m going to take here. The CDM Delta Wave Mossberg safety is a brilliant piece of kit. It was a mere 15 bucks and worth every single cent. CDM has knocked it out of the park with this piece.