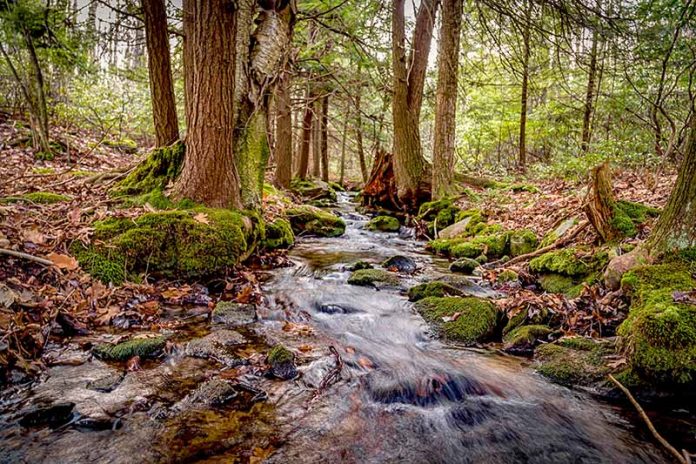 Guns.com is interviewing hunters and collecting stories on memorable hunts from around the country. Sometimes a buck comes into your life at just the right moment. For Nick Kussoff that moment was 2017 in Pennsylvania’s Black Moshannon State Park. On one of his last hunts in the Keystone State, Kussoff headed into the woods, earning a story he would remember for a lifetime.

I was getting ready to move down to Florida and I knew it was going to be one of my last hunting seasons in Pennsylvania. I was living in State College, Pennsylvania at the time. I had graduated from Penn State and just stuck around. One of my very good friends from my hometown of Scranton worked for the Forestry Department in Pennsylvania as a forester. He had the inside scoop on all the good hunting spots. He couldn’t go with me on opening day but he told me about this one spot.

There was a place we’d hiked before, where he was repairing fences. He said that his guides were seeing a lot of big deer. It was pretty tough to get to spot but he said it was worth checking out. I was already somewhat familiar with the area but he gave me a map and directions to the place.

The first day I went there, it was a little bit more difficult than I expected. I borrowed my roommate’s truck and drove a little further away than I wanted to, making the hiking more difficult than I had hoped for, but I get to my spot pretty much at daybreak and it was absolutely awesome. It was a creek bed in this valley between two steeper mountains. The mountains had been much steeper than I anticipated so it was a welcomed break when I got down there.

I packed pretty light because I knew I’d be moving around. I had my grandfather’s Winchester 30-30 that he always took out with me. It was the first time the Winchester had been out since he had passed. It was pretty cool to bring it with me for that reason more or less.

I brought my camera so I thought I would take some pictures of the sun as it came out. I found a nice spot and I put my camera and gun down to get my pack off so I could take off my parka since I was getting a little warm. It was dead quiet when usually in Pennsylvania on opening day it sounds like World War III. All you hear is gunshots– especially on public property. This was in Black Moshannon State Park which is enormous but even at that if you go a day without seeing someone else, it’s really unique. But, so far, I didn’t see anyone else or hear anyone else. It was kind of eerie.

I took a few sips of water and went to pick up my stuff again. I had one of those feelings where you know something is watching you. I took a quick look around and maybe 30-yards behind me there’s a deer, just kind of watching me as I’m hanging out. All my stuff is on the ground and he’s got me basically fixed. He was just watching what I was doing. Then he turned his head. Growing up, I’ve seen a lot of big deer. I’ve watched them get bigger and bigger as the years went on and management got better and better.

This was, hands-down, the biggest deer I had ever seen.

When he turned his head it was like a chandelier of antlers. I hadn’t had buck fever since I was 13 but at that moment I was freaking out. It was a moment of shock and panic. He was watching me the whole time, that close, and I was wide out in the open. I was standing there like an idiot. I didn’t know whether to move or wait him out.

He turned his head just a bit and I thought I had an opening. I crouched down and grabbed my grandpa’s gun. As soon as I did that, it was like something from David Copperfield. The thing just vanished. These were open woods and I still don’t know where he went. He just disappeared in the time it took me to grab the gun and turn around. Completely gone.

That was the only deer I saw that day. For better or worse, under the circumstance and given how far away my truck was, it was the best outcome but it was the buck of a lifetime. It was one of those moments where, if my grandpa had been with me, he would have thought it was pretty comical.