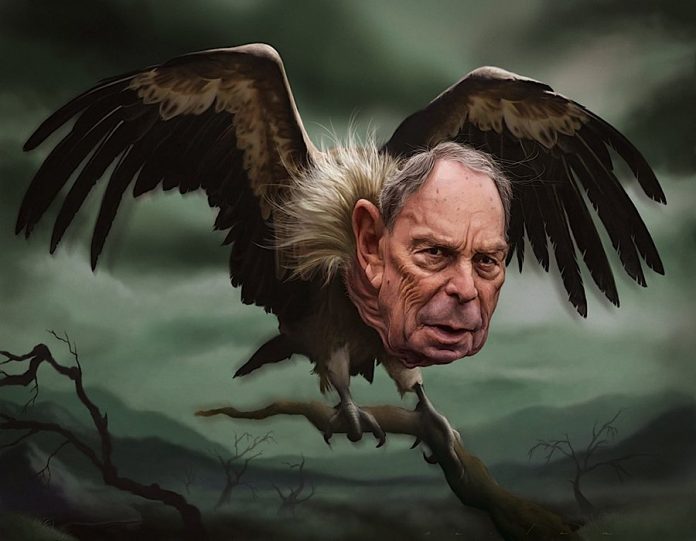 This polemic should actually be read by gun owners as a clarion call to get busy supporting our rights. This man has our Second Amendment in his crosshairs and is willing to spend vast (to us, not him) sums of money to see strip us of them, law after law, state by state. Should he be elected President, the damage would be catastrophic.

Below is a point-by-point rebuttal to his statements about guns and their oversight:

“Gun safety” cannot be implemented by way of law because it is an experiential, immersive practice that requires time and effort, and is passed on from teacher to student via both formal, organized educational efforts and individual mentorship.

2.  The Supreme Court case “has reached a new level of absurdity—and danger”

Neither the NRA nor is members pose any danger to anyone.  If there was ever a case of an NRA member attacking someone with a gun, the anti-s would never let us hear the end of it. They have yet to publicize a case because one doesn’t exist.  All available data indicate that concealed carry permit holders are more law abiding than law enforcement officers.

3.  “And if ever there were a case that the Supreme Court should flatly reject, this is it.”

This case absolutely needed to be heard, if for no other reason, to make it clear to municipalities throughout the United States that they can’t get away with condemnable laws only once brought before the Supreme Court. The danger is that if the case is held moot, municipalities will believe they can resurrect their infringements until the Court steps in again.  New York City repeatedly thumbed its nose at the Supreme Court in its filings and must be held to account.

With regard to the Second Amendment inalienable rights in question, lower courts have ruled based upon selective readings of Heller v. D.C., so the opportunity to say it again with clarity should not be squandered.  Additionally, there are other gun rights cases seeking review by the Court.  It would be most efficient to issue a broad ruling in NYSRPA v. NYC and return those cases to lower courts to be considered in this light.

4.  The law“imposed an unnecessary restriction on gun owners’…”

Praise be, we agree!  It remains to be explained, however, why Hizzoner (along with New York State) kept this law on the books, “unnecessary”as it was—for not one, not two, but three terms as mayor.  Keep in mind the gravity of this law:  it turned people into felons when for exercising their natural, God-given rights.  “Unnecessary” doesn’t begin to capture its assault on freedom.

It apparently bears repeating that the basis for the Second Amendment’s prohibition against government infringement has nothing to do with hunting or self-defense against criminals or even target practice (!). Most importantly, it provides a critical check against potential government tyranny.

The historical record on this point is unquestionable.  The American Revolution went hot when the British tried to seize colonial armories.  The Founders all wrote and spoke about the need to guard against tyranny.  Only the tyrannical fail to appreciate this.

Nor would any other sane organization when people like Bloomberg repeatedly throw millions of dollars to legislate infringement of the rights at stake.  Far too many of our military service members have died so that we can remain free, while claims it’s about shooting ranges.

7.  “If the Supreme Court agrees to hear the case, the NRA will undoubtedly argue that state regulations requiring a permit to carry a concealed firearm are unconstitutional.”

Correct.  More states have adopted Constitutional carry than still have selective (and misused) “may issue” concealed carry laws.  Here is where Bloomberg’s assault on law-abiding gun owners crescendos, and fails—because there is no meaningful supporting data.

Why fear concealed carry?  Criminals should, and do based upon FBI survey data.  Incarcerated felons said they feared potentially armed victims more than they law enforcement.  The mayor keeps curious company.

This requires careful unpacking.  “Allow” shows that he continues seeing this as a privilege, not the right that the Second Amendment clearly defines.  “May issue” states have so abused this right that in some it is statistically impossible to obtain a permit.  The Founders were prescient in their thinking: they knew that the government would infringe if it was allowed to, and has, repeatedly.

10.  In may issue jurisdictions, “local police may object to issuance of a permit if they know the applicant is a danger to themselves or others.”

As a forensic psychiatrist, this is my lane.  The words “know” and “dangerousness” ought never to be used in the same sentence regarding the same subject. At best, someone may be at greater or lesser risk than the general public of doing something very narrowly construed based upon the presence or absence of evidence of objective risk factors.  If police “know” someone is “dangerous” and do nothing about it until a concealed permit is applied for, then public safety is far less safe than we imagine.

11.  Permit applicants may have to “possess a valid firearm owner’s identification, take a course involving gun range instruction and pass a marksmanship test.”

Firearm owner identification is very close to registry which, based on the historical record elsewhere, enables subsequent confiscation. Training and education are vital to the making of a complete gun owner. One downside to required instruction is that it leads to thinking that “I’ve passed, so I’m good to go.”  No one should ever stop learning.

Indeed, the greatest objection to restrictive laws is that exercising a pre-existing right cannot be subject to government approval. The greatest goal of the “gun lobby” is safe, responsible use of firearms. The NRA and its affiliates spent the lion’s share of their energy and money supporting gun safety via quality firearm training.  All my firearm instructors have been certified by the NRA and have provided consistently high quality education.

13.  “The NRA wants the Court . . . to deal a death blow to even more basic public safety protections”

In Virginia, public safety protections would include bringing back Project Exile.  This program called for the federal prosecution of gun crimes with out-of-state federal penitentiary time.  Gun violence dropped dramatically in Richmond following its implementation.  I’m not aware of  lawful gun owners oppositint any form of crime control.

Gun owners, like all citizens, are owed full due process before anyone is separated from their rights or property.  Of course, no one wants domestic abusers to possess the means to harm others once they are properly adjudicated to be risks.

Nearly all guns used in crimes are obtained illegally. Background checks do not stop criminals from stealing guns or selling them among themselves. It does, however, too frequently delay or prevent those who should be able to lawfully buy guns from getting them expeditiously.

There is not a scintilla of evidence that these laws have accomplished anything than to disarm citizens and turn them into undefended soft targets.  Non-gun related suicide matched the decline in gun-related suicide in Connecticut after twenty years of confiscation, and there isn’t any evidence a single homicide was prevented.  Gun free zones provide killers with large groups of helpless victims.

17.  Red flag laws help “keep guns out of the hands of people who pose a threat to themselves or others”

Words matter.  This should read: whom “a judge opines pose a threat.”  It is almost impossible to identify who is likely to commit violence prospectively.  A court may be persuaded that someone was “dangerous”, but cannot say that they “are dangerous.”

At best, Connecticut’s red flag law has deprived as many as 20 people of their rights in order to save one from suicide. That degree of over-prediction is unacceptable given that defensive gun usage so outweighs criminal gun usage.

Even the ACLU is disquieted by red flag laws.  When the ACLU agrees with gun owners about the trampling of due process inherent in these laws, it is a good sign that anti-gun activists are going too far.

“Common sense”, according to someone who refuses to comprehend what is at stake, is neither.  It is the destruction of the final defensive line against tyranny.

As a psychiatrist, I submit that mental health requires real individual liberty.  The Declaration of Independence and the Constitution are not just legal or philosophical documents, but astute observations about how our social species can relate peaceably with one another. This necessitates being aware of and prepared for our baser drives that would assert our will over others.

Bloomberg would deprive you of your rights for your own good, but reserves those same rights for himself.  His hypocrisy is breathtaking.  Not only does he have armed security, he demanded that the Johns Hopkins University police carry guns.  That is probably a good idea, but if guns are so dangerous, why should they be anywhere near students? If not, why should adult students (or anyone else) not carry in order to protect themselves?

I’d happily split a BIG GULP™ with the former mayor on the way to the range so he can see gun owners for what we are—the biggest, most welcoming tent there is.  My experience at several Second Amendment Sanctuary resolution hearings in Virginia have brought me in contact with hunters, sport shooters, people who care about self-defense, along with those for whom a right unexercised is lost.  It is a community as diverse as America, unified by a shared interest in a shared principles and practice.

When we come together, all the other differences are irrelevant, because we know that as free people, safe from tyranny, those differences can be peacefully worked through.  Our philosophy is to not force anything on anyone, and all we ask for is to be treated the same way.