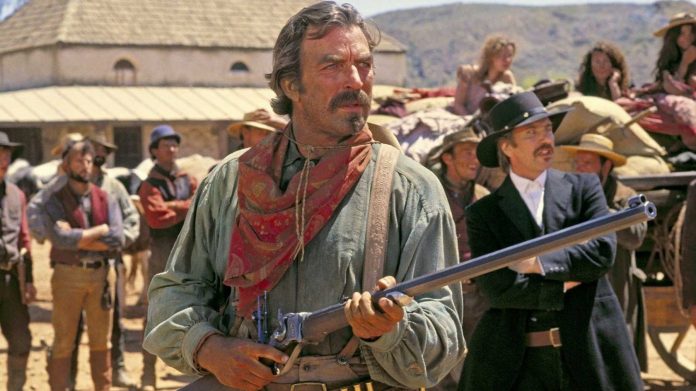 As we head into another weekend and the world is going crazy, here at GAT Daily we’d like to provide you with some fun diversions. Here’s a list of great firearms enthusiast movies that you can stream this weekend if you don’t feel like watching football.

We’ll start our streaming list with Netflix, where we’ll save you from playing the endless scrolling game and give you two movies and a show. The movies are classics, and if you haven’t seen them…why? First up is Mel Gibson Kills the English Part 2, better known as the Patriot. Do you like America? Do you like watching redcoats get killed? Boy howdy will you like this movie. Also on Netflix we have the movie that’s responsible for more .45-70 sales than any other: Quigley Down Under. Yes, I know Quigley’s rifle is a .45-110, but most people are happy to settle for a .45-70 when they discover that .45-110 ammo is basically unobtanium. Our last streaming option from Netflix is a show to binge if you’re interested: the TV version of Shooter. Personally, I found this version to be far superior to the Mark Wahlberg movie, and while the TV stretches credulity a bit, it’s a fun binge.

Moving on to our streaming gun movie list, it’s time for Amazon Prime video. We’re in a wonderful time, because Way of the Gun is on Prime right now. I promise I’m not just recommending things that have Ryan Phillippe in them, but Way of the Gun is a cultural touchstone for a lot of people who are passionate about firearms and self defense. And it’s full of great lines, especially from Benicio Del Toro. For our second movie, this one is kind of a grab bag, because Prime has a really deep catalog of classic spaghetti westerns. Once Upon a Time in the West is there, but so is Death Rides a Horse and My Name is Nobody. You can’t go wrong with any of these, although My Name is Nobody is a personal favorite. For a series, our friends over at Forgotten Weapons somehow managed to get a bunch of their content on Amazon Prime, which is awesome. Just search “Forgotten Weapons” and you’ll get there.

For our last series of recommendations we’re going to pull a bit of a grab bag. On Disney+ go watch The Mandalorian. I feel like I shouldn’t even have to say that, but…go do it. It’s amazing. All two seasons are available for streaming. Over on HBO Max they have all of Band of Brothers and The Pacific, but if you’re in a festive mood they have two of the greatest Christmas movies of all time: Lethal Weapon and Die Hard. Classics! And then on Hulu you can…I guess watch some anime or something.

At GAT Daily we hope you enjoy your weekend, and take in some of these great movies for firearms enthusiasts!