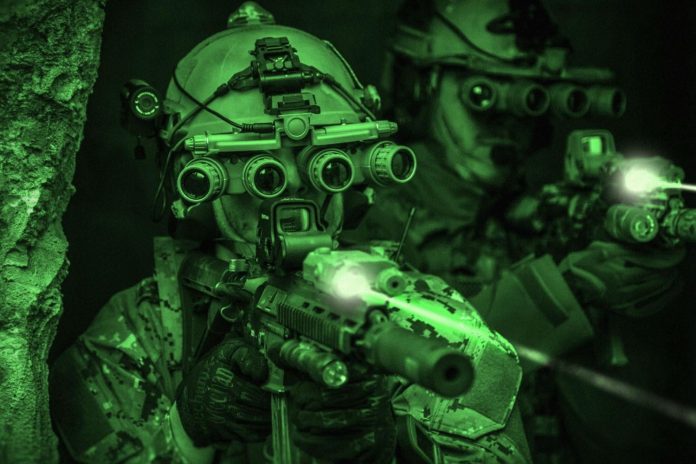 The United States Army is pursuing future tech with a vengeance right now.

The Army is slated to release the newest Enhanced Night Vision Goggle-Binocular to a select number of combat units sometime in fiscal year 2019, according to the Soldier Lethality Cross-Functional Team officials.

The new system doubled qualification score, tripled detection awareness, and cut time to engagement in half. The new NV/Thermal system does what no generation of optical systems in the past has. It gives the soldiers 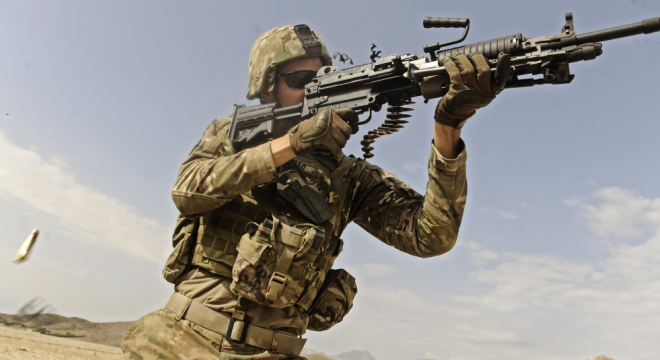 Additionally the Army is chasing a new carbine and a new squad automatic. Furthermore in a new caliber which headquarters has stated will be a 6.8mm

Coinciding with the new squad rifle system, PEO-Soldier recently released a “draft Prototype-Opportunity Notice” to help develop a 6.8mm common bullet cartridge, Potts added. The goal is to have lethal effects on targets beyond 300 meters. The Phase II Prototype Opportunity will ask vendors to propose an automatic rifle, a rifle and a common cartridge.

6.8mm has often be toughted as a optimum ballistic solution. Systems dating back to the 50’s were looking at intermediate cartridges. But these efforts were derailed by the United States’ marriage to the M1 and the .30 caliber.

This isn’t the first, third, or even I believe fifth attempt at a new service rifle for the armed forces. However previous systems were less radical in their overarching change. The degree of change now may result in a completed contract.