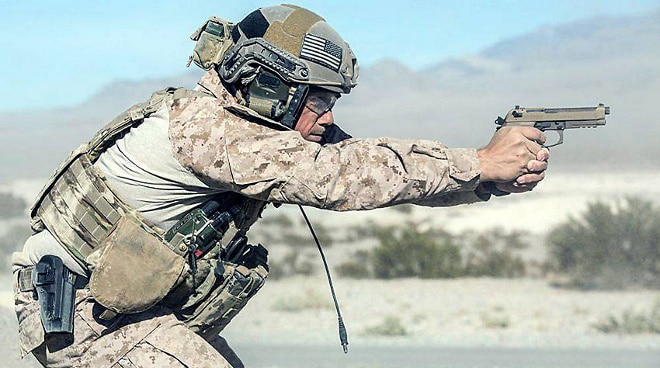 The U.S. Army has opened a window for manufacturers to submit proposals for the Modular Handgun System in its search for a completely new sidearm system for soldiers and airmen.

The delay provides manufacturers with more time to develop complete kits for the competition as well as work with the military to shape the direction of the MHS program to ensure that the next military sidearm meets all the needs of the 21st century soldier.

This shouldn’t be taken as a sign that the military is uninterested in a new handgun, instead, it could indicate that they are redoubling their efforts to see the MHS program deliver a whole new package to replace their current equipment.

The U.S. Armed Forces adopted the Beretta M9 in 1985 and even with the influx of the newer M9A1 pistols the military’s fleet of handguns is beginning to show its wear and tear. The costs of maintenance are racking up and the military is looking for a newer design with modular construction that’s easier to update and repair.

Beretta’s response to the MHS program was the M9A3, a completely revamped M9 design that addresses the bulk of the military’s concerns with their current pistols at a proposed lower price, as a part of a updated contract with the Armed Forces.

The Army has the option of reviewing updated versions of contracted equipment, including the heavily-modified M9A3. The M9A3 has a smaller grip, improved sights, updated accessory rail, sand-resistant magazines and new finish, but the Army still passed on evaluating the upgraded handgun.

This could be to prevent oversight agencies from tinkering with or outright ending the MHS. With the old contract intact the military only has the option of continuing to buy the older, more expensive Beretta pistols or switching to a newer, cost-effective design that includes the new features the Armed Forces want.

It looks like the Army is giving the MHS project more time to develop with the input from manufacturers. The original solicitation isn’t vague but it is broad. In addition to calling for a compact variant of the MHS pistol the solicitation is open to new calibers and even bullet types.

The MHS program is evaluating popular service cartridges in addition to 9mm NATO, including .40 S&W, .45 ACP and .357 SIG. Like with any agency, the military has to take into consideration cartridge effectiveness, wear rate on equipment and flexibility for multiple mission roles, and the Army is looking for input from the companies on these matters.

“Upon completion of the improvements to the RFP the Government may conduct another Industry Day to address the changes made to the RFP and continue to give industry the opportunity to actively participate in shaping the program,” the notice continues, adding that, “The Army remains committed to the MHS program and ensuring that it is executed using full and open competition. Please standby for additional information regarding this program.”

The House Armed Services Committee has pressured the military to cancel small arms improvement programs in the past, like the Improved Carbine Competition, but things are a bit different with the MHS. Unlike the M4 and M4A1, which is being modernized with the Product Improvement Program, the military has no choice but to outright replace their aging M9 pistols. The question remains, with what?

When faced with their existing contract versus a newer, cheaper and richer-featured sidearm systems, it will be much harder to deny the Armed Forces the opportunity to upgrade to a modern standard. Even though the M9A3 is a better gun in every sense than the M9A1, the military wants to see what else is out there.