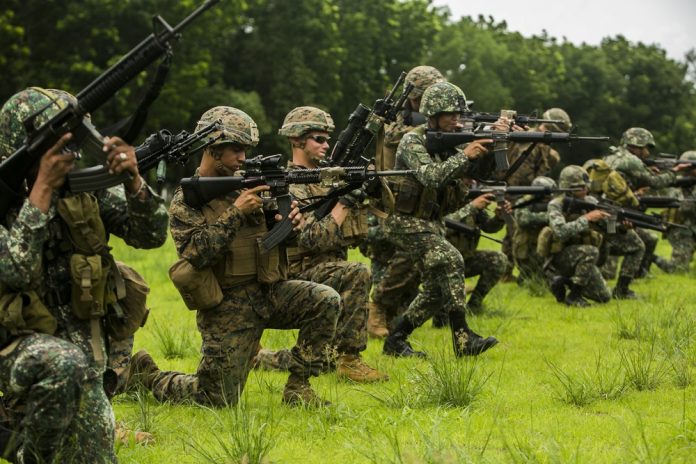 I imagine the feeling of bolt locking to the rear amid a gunfight is one of the more terrifying things that could happen. Suddenly going from bang to out of ammo doesn’t sound appealing. This is why we practice the emergency reload and also why we try to avoid the emergency reload where much as possible. 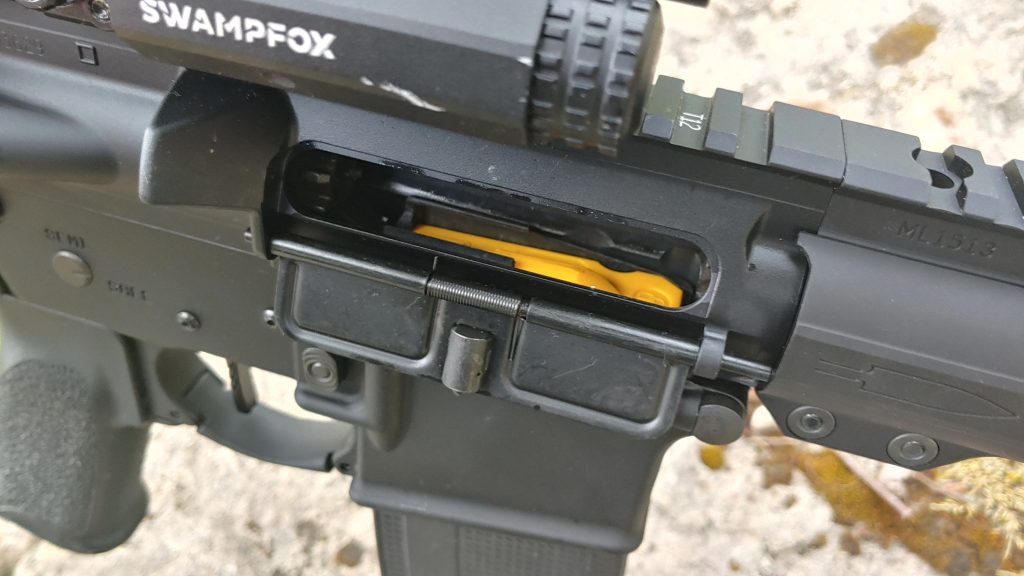 It seems like a simple question, and ultimately, the right answer is, does it really matter? If you can rapidly reload and get back into the fight, no one cares about how you send the bolt home. Yet, it’s become one of those dumb gun debates that seem to permeate the industry. Most of the time, the answer is to use what works and that can be applied here. However, this is one of the times where one method might be a slight bit better than another.

The Reload – Push vs. Slap

When I grew up on the AR, we slapped that bolt release like it owed us money. Blame it on the state of tactical firearms training in 2008 and the fact that I played Counter-Strike a bit too much. The doctrine of the Marine Corps was to toss the magazine in and slap the hell out of the bolt release. It worked, and that was just how we did things. I did so many reload drills that I still want to slap that bolt release instinctively.

That being said, is the slap better than just pushing the ping pong paddle and calling it a reload? Some people like to talk about fine motor skills and how you won’t be able to use them in a gunfight. This ignores that basically, everything you do is a fine motor skill, including pulling the trigger. While I don’t buy the fine motor skill excuse, I will say it takes a little more technique to work a proper push button bolt release.

If I had to train a massive class of 18 to 20-year-old fresh Marines how to reload, I might teach them the slap too. It’s easy, quick, and provides a simple, tactile method to get the gun back into action. Put mag in, slap the paddle, and keep shooting. It doesn’t require much instruction or time to master.

With that said, the push-button style is more accurate and reliable. The slap method opens you up to miss, especially when the fat part of your palm misses and the arch of your hand lands right over the paddle. A proper push-the-paddle method ensures total accuracy.

Getting the hand positioning down and being able to quickly find the bolt release takes a little practice, but only a little. More practice than just learning to slap the hell out of the bolt release, but to me, it’s well worth the time it takes to learn the technique.

Ultimately it’s not likely to matter precisely how you reload so much as that you do reload. If you can do it quickly and easily, then that’s goal one accomplished. I do think that the push method is the better method, but that’s just me. Alternatively, you could get a PDQ bolt release and call it a day.