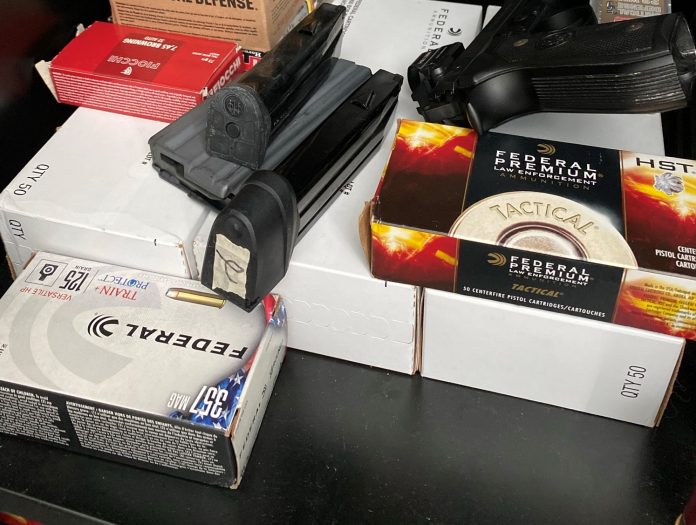 As we close out 2020, I want to end the year on a good note. Which is why I’m happy to point out that the ammo market is starting to show signs of price stabilization. The ammo crisis isn’t over, but we’re at an interesting mid-point.

Here’s what I mean. For the first time since June, I visited Lucky Gunner’s website and found that they had kept a SKU of 9mm FMJ in stock for longer than 24 hours. It’s 115 grain Blazer Brass ammo, but it was there on Monday and as I write this on Wednesday, it’s still in stock. It’s $38 bucks for a box of 50 rounds, which compared to pre-panic prices is insane, but it’s there and if you need it you can get it. No, the ammo crisis isn’t over, but this is an indicator that we’re reaching the first important milestone – price stabilization, which has to come before inventory stabilization.

Inventory stabilization means that you can walk into Fleet Farm or Academy, or go online to retailer XYZ and buy as much 9mm as you want with no limits. We’re not there yet, because the ammo crisis isn’t over, but before this, you would see Lucky Gunner sell out of an FMJ SKU like Blazer Brass in a matter of hours. Similarly, a check of Ammoseek shows lots of 9mm available, and not all gross steel cased trash or sketchy re-manufactured ammo, but actual Federal, Magtech, and Winchester ammo. It’s running around 60 cents a round for new manufactured FMJ from the big brands, but again, it’s available.

However, before everyone gets hyped about ammo coming back, I need to also put some caveats on this post. First, the pending Senate races in Georgia will absolutely affect the ammo market. The GOP losing two seats splits the Senate 50/50, putting the tie breaking vote on any anti-gun legislation in the hands of VP Harris, who is about as anti-gun as they get. We still have a ways to go on this one. Secondly, the week between Christmas and New Years is always a slow week for retail sales, and the ammo industry is no exception to that. It’s entirely possible that people are suffering from retail fatigue and not buying ammo right now. So no, the ammo crisis isn’t over…yet.

But I don’t want to be too much of a negative Nancy, because price stabilization is important. 9mm prices have stabilized around 60-70 cents for new manufactured FMJ. 40 S&W appears to be right around 70 cents a round for quality new rounds. The bad news for revolver enthusiasts is that 38 Special is running around $1.00-$1.30 p/round for quality new stuff. So if you’re a die hard wheelgun guy, it might be time to look at a Glock 43 to replace that J-frame. That feels like a weird thing to say, because in previous ammo crises, 38 Special stayed pretty stable. Not this time. Regardless of that, it does appear that we’re at or close to price stabilization. If this trend holds into the early months of 2021, we’re start to see inventory normalization next. The ammo crisis isn’t over, but this is a positive development.