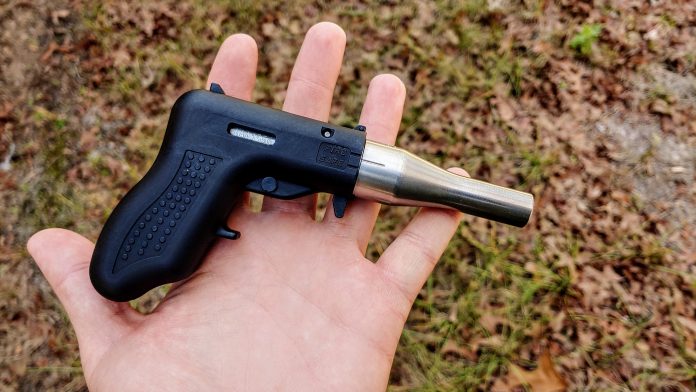 The United States has twice now designed a single shot pistol meant for partisans and enemies of freedom, democracy, and apple pie. The first being the legendary Liberator, a 45 ACP pistol meant to be dropped to partisans in France to kill Nazis. The second being the Deer Gun, a gun designed for the CIA to drop to help kill communists. Both were simple little single-shot handguns and the Altor follows in their footsteps in many ways. It’s a 9mm or 380 ACP single-shot handgun with a unique design and trigger.

The Altor single-shot pistol isn’t designed to be dropped behind enemy lines, but to be a reliable, and extremely affordable pistol designed for utilitarian purposes. Is it the best self-defense firearm out there? No, of course not, but for the 109 dollar street price, it’s a very affordable pistol. If we ignore self-defense for a moment and focus on the utilitarian aspects of the pistol you can start seeing a lot of value in that 109 dollar price tag.

First off in some situations a gun that hardly looks like a gun is valuable. Some people panic at the sight of a firearm and the Altor’s design allows it to hide in plain sight without causing a commotion. It looks like a hot glue gun to me personally. 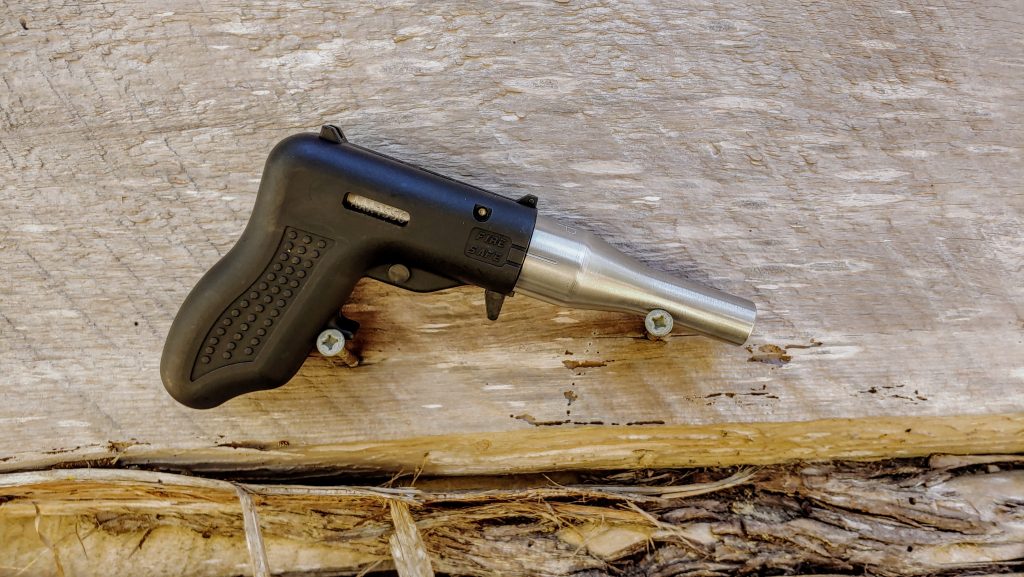 Second, single shot guns can be suppressed very well. The barrel isn’t threaded but it easily could be and others have already done so. B&T Famously makes a single shot silenced pistol aimed at veterinarians and the Altor could sever the same role as a much cheaper and easily available option. 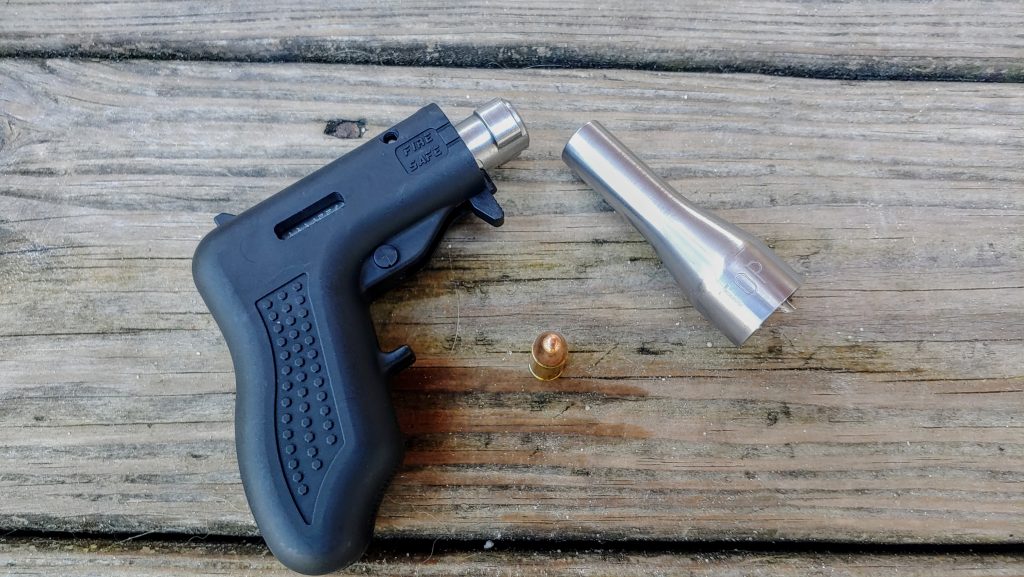 Third, when loaded with rat or snake shot it’s a very small and effective pest destroyer. Smaller than a .410 and more effective than a 22 Loaded with snake shot.

This is all great and dandy but it doesn’t matter if the gun doesn’t work right? Well, the gun seemingly works rather well. The simplistic design is unbeatable and to me it’s rather fascinating. The gun only has six parts. That’s it. One freaking spring and that’s all. 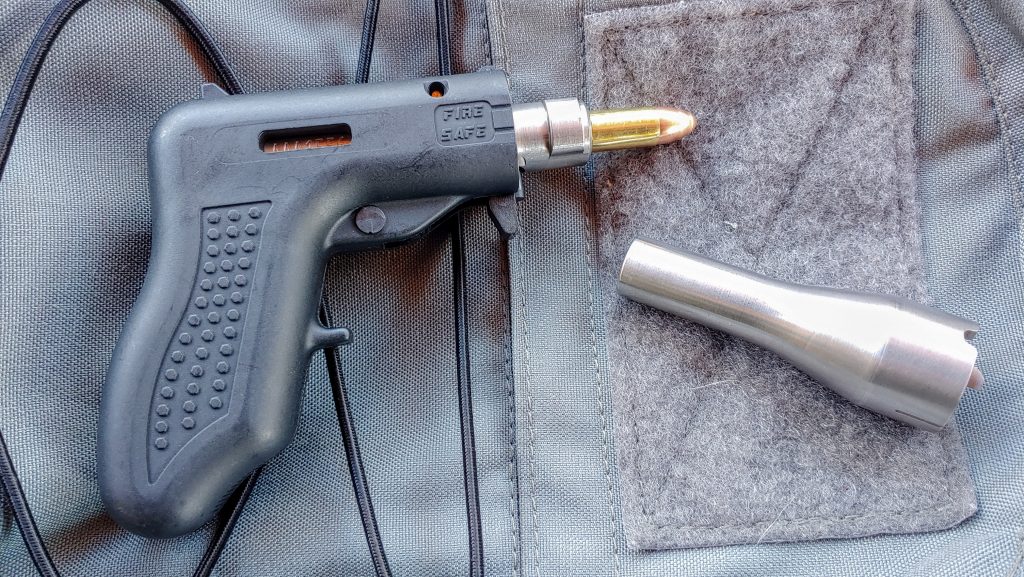 The frame is made from polymer and the rest from stainless steel so water and corrosion aren’t a major issue. You could toss it on a tractor, an ATV, or other outdoor’s vehicle and always have a handy little snake popper on hand. For the small price tag, it’s more of a tool and less of a weapon.

The sights are molded into the frame and are black on black. A little paint would help add contrast to the front sight and that’s an easy fix. Loading it requires you to twist the barrel off and slide a case onto the cartridge holder. Screw the barrel back on and you’re ready to rock and roll. You can do the entire process without putting your hand in front of the barrel.

Does the Altor Work?

Shooting it was slightly challenging when I began. The trigger is odd, it doesn’t pull and break like any other gun. You simply pull it to the rear and it slides into the frame. Once it’s full slid into the frame your finger loses its grip and it flies foward firing the weapon. It somewhat slam fires, but not really. Once I learned the trigger I figured out how to accurately shoot the little gun and stay within the 9 ring at 10 yards. If you decide not to fire slowly let your finger go foward and it’s completely decocked and safe. 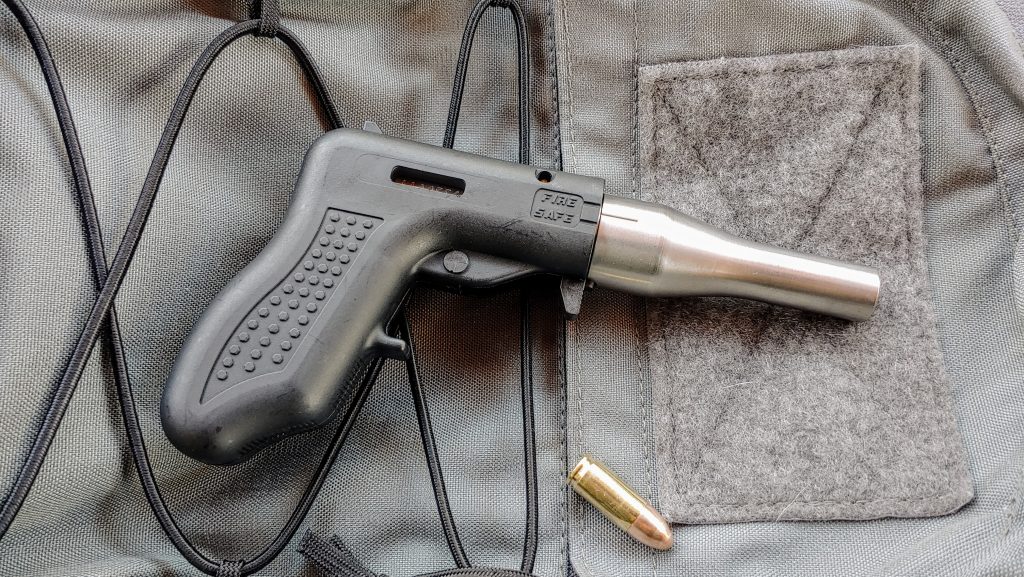 The gun has a decent bit of recoil and will tire your hand out within fifty rounds or so. It’s the nature of a lightweight gun without a reciprocating slide to absorb some of the recoil. Getting through those fifty rounds takes a good deal of time due to the single-shot design so you won’t be finished quickly.

At the end of the day, I have several 9mm handguns of varying sizes but the Altor will remain a part of my stable because I like the design. It’s so simple that the concept itself intrigues me. This little 9mm is impressive as what I can only think of as the simplest handgun on the market. It’s reliable, and very well made. The fit and finish is spot on. You can likely find a gun for a hair more money in a semi-automatic design, but I’m betting it won’t be as high material quality as the Altor. 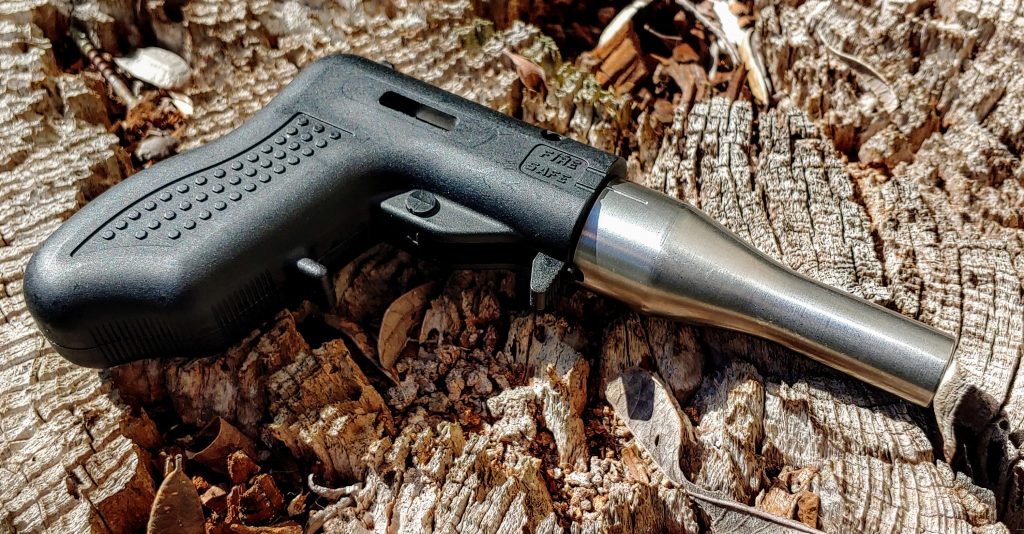 It always goes bang and it’s super lightweight. My personal use will be as a kayak gun in which I can dispatch poisonous snakes, invasive critters, and not worry about rust or reliability in a harsher environment.