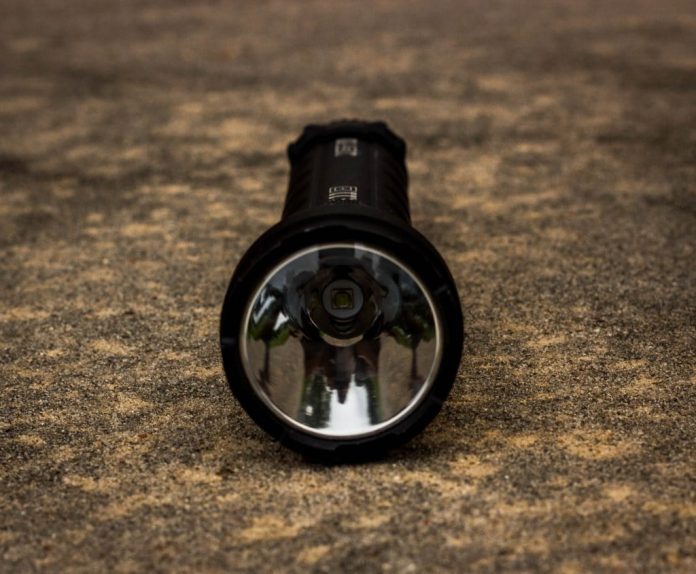 So there I was, minding my own business…

Then my beat buddy and I got a call. A small, muscular, probably-high illegal alien had forced his way into his ex-girlfriend’s apartment, for the second time that night, and now supposedly had a knife. Roommates let us into the apartment, and we walked into the bedroom.

The light was off. In the beam from my old, incandescent-bulb flashlight I saw a woman laying on the bed, almost hiding under the covers. The illegal alien sat at the edge of the bed, shirtless and barefoot. His hands were empty. He gave us a friendly smile and asked, “Que paso?”

We grabbed him. He started swinging, screaming, and trying to get away. I lost sight of his hands, and he was supposed to have a knife. I nailed him with my flashlight. The fragile incandescent bulb broke. And that room got real dark, real quick.

That was a long time ago. Since then I’ve learned a lot about flashlights, and carry much better lights than I used to. If I’d had a 5.11 XBT A6 LED flashlight instead of an old incandescent that night, I probably wouldn’t have wound up in the dark fighting a stoned guy with a knife. The other insanity that happened on that call would still have happened, but I would’ve been able to see it better. Maybe someday I’ll tell you about it…

Anyway, last year I got a 5.11 XBT A6 to test and review. I don’t work the street anymore and haven’t been able to really work it out, but I got a good sense of it from tossing it around the house. And I wish I’d had one when I was on patrol.

The first thing I noticed when I picked up the A6 is that it feels like a weapon. It’s heavy and solid, has a crenellated bezel that would hurt like hell if you jabbed someone with it, and is built to be swung like Casey at the bat. By the way, it’s also kinda bright. 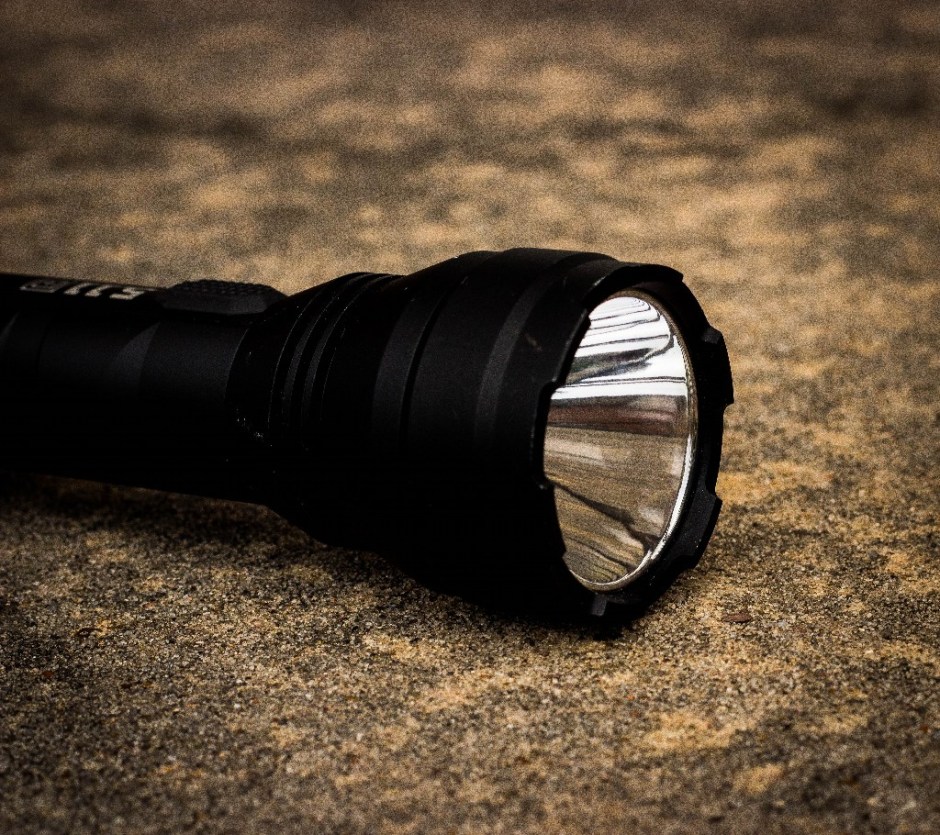 This is 5.11’s description of the light:

The interesting thing about this light is its “anti-roll” feature. Four small rubber “feet” at the tail end of the light keep it in place on the floor. This is handy in a couple ways. If I happen to drop my light during a struggle, even if it’s on a slight incline, the light will stay put instead of rolling under a sofa or some other inconvenient place. The feet also allow you to easily use the light for area denial; if, for example, you need to clear a house but don’t have enough officers, you can set the A6 on the floor to illuminate an uncleared hall or doorway until you get enough people there.

Another benefit of those feet is that they provide a fantastic swinging grip. Before most cops switched to small lights, we considered big Streamlights our primary impact weapon. Not everyone carried an Asp or straight baton on every call, but you could always justify carrying a flashlight because every structure has dark closets and corners. So if you’re on a call, a suspect suddenly pulls a knife and the A6 is already in your hand, you can grip the rubber feet, swing hard and bean the suspect (then drop the light as you backpedal and draw your pistol). And unlike those old, smooth-tube Streamlights, the A6 won’t go flying out of your sweaty hand at an inopportune moment. 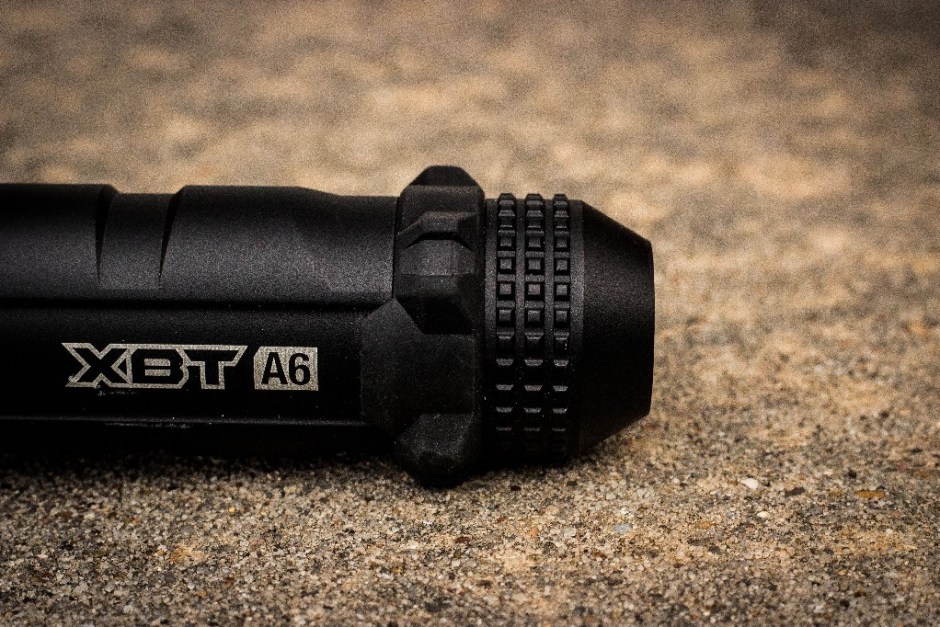 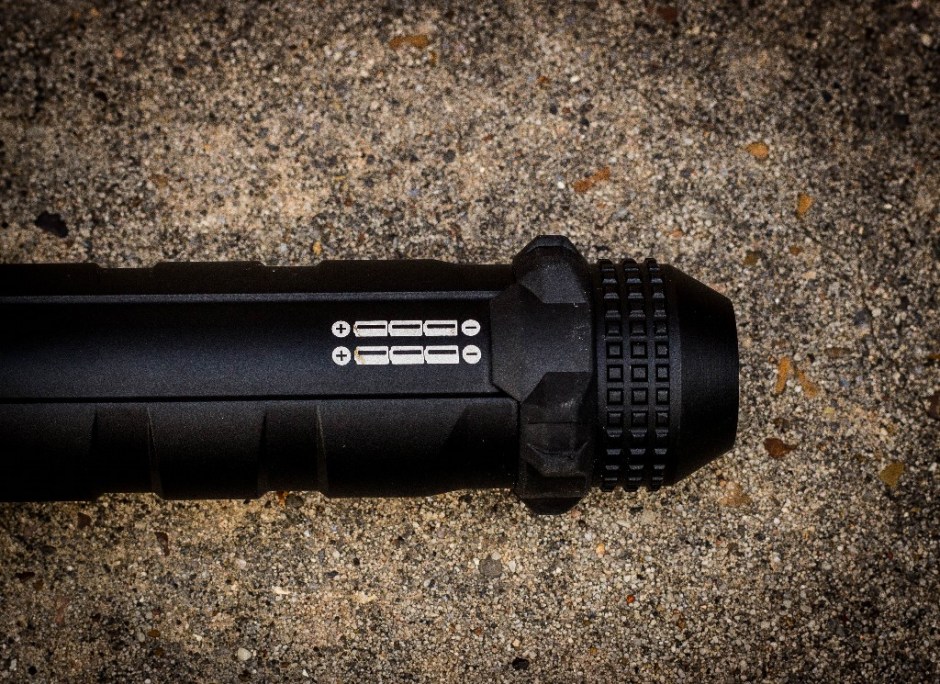 As far as the actual light beam, it’s pretty good for patrol work. The beam center is surrounded by a wider-than-usual halo, which means you can use the beam edge to search. Most people don’t think about this, but consider it from a suspect’s perspective:

Let’s say you’re in the 7-11 you just burglarized, hiding from evil, racist, freedom-hating cops who want to throw you in jail just for nuthin’. You see a flashlight strobing the area, so you reach into your baggy shorts pocket, push past the crack pipe and stolen cigarette packs, and grasp your stolen Hi-Point (you did the owner a favor, really). The flashlight beam points a little ways to your right, stays on for a second, then shuts off. You think, “Good, he hasn’t seen me yet.”

Actually, he has. He was searching with the beam edge, not the center. So when you thought he was looking to your right, he was actually looking at you. The next lights you see will be mounted to multiple officers’ pistols, aimed straight at you.

Your Hi-Point won’t save you now, crackhead.

Another really cool feature about this light is that it uses six regular AA batteries instead of expensive CR-123s. Even cooler than that it that it will run off three AAs, for half the usual run time. 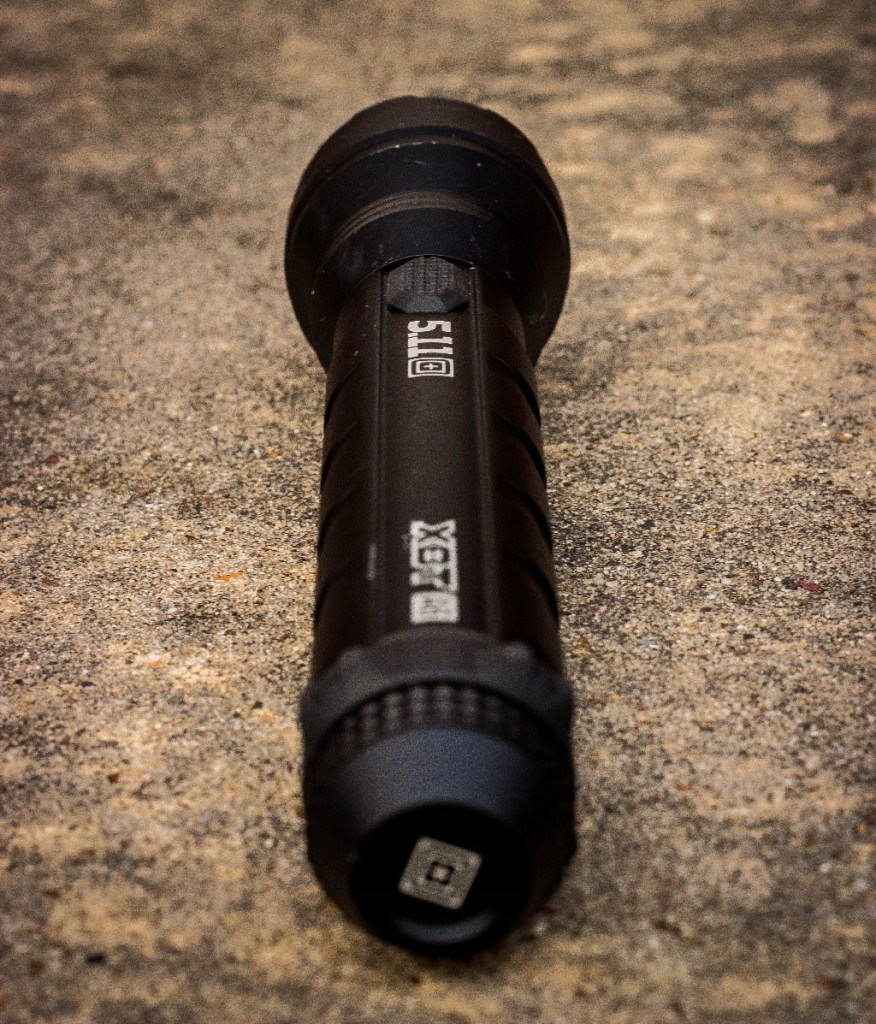 One the negative side, the A6’s momentary on/off switch is a little sensitive, meaning it will sometimes click to full on when you mean to flash. The A6 has full power and low power settings, and you can allegedly activate low power by depressing the on button twice in rapid succession, but I can’t get it to work reliably. On the street I wouldn’t even bother with it, I’d just consider it an old-school one-setting flashlight.

Those minor issues wouldn’t stop me from using the A6 though. 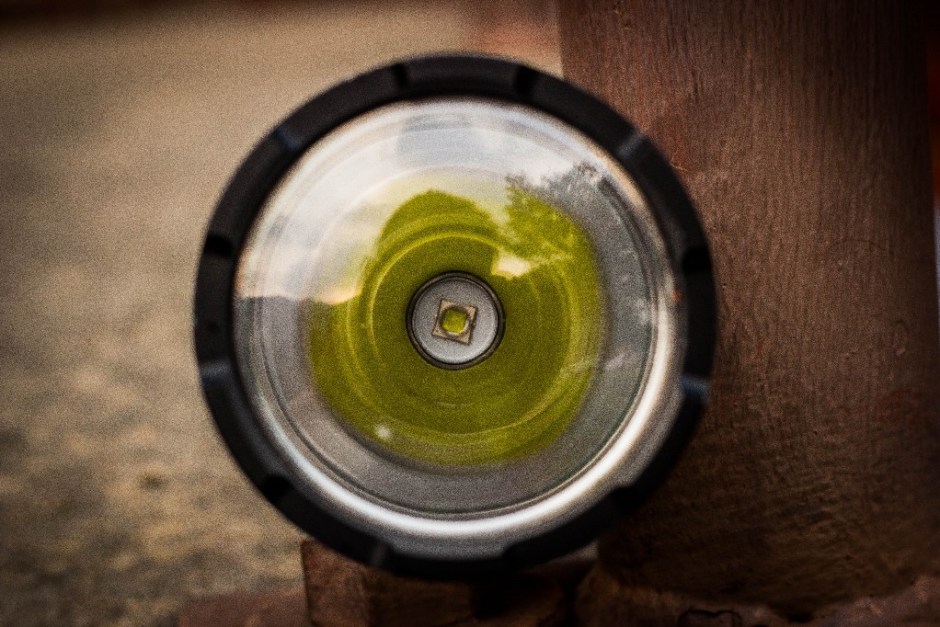 So if you’re looking for a full-size, old-school type flashlight that won’t kill you on batteries, doesn’t roll and hits like an A-10, the 5.11 XBT A6 is a good choice.

That suspect, my beat buddy and I  fought and flailed around like hell for a couple minutes. My beat buddy let go and yelled, “I’m gonna tase him!” I jumped back and shouted, “I’m clear!” My beat buddy drew his Taser.

The suspect lifted his head, then jerked his head toward a window to his right. Without a moment’s hesitation, he sprinted toward it and smashed his upper body through the glass. And we were in a second floor apartment.

The suspect’s legs hit the windowsill. He paused in the window as glass fell on him. My buddy rushed to grab him, and I had visions of his arms being slashed by falling shards. I yelled, “Let him go!” My buddy stopped. The suspect sprang off his feet and launched himself through the window.

I stuck my head through the window just in time to see the suspect smash into the ground. He landed on his head and one shoulder, inches from the corner of an air conditioner unit that would probably have split his skull, and flopped onto the ground like a sack of cement. I turned and hauled ass toward the door.

As I rounded a corner to get out of the apartment, my buddy yelled, “He’s running!”

My partner must been hallucinating from a contact high. “There’s no damn way,” I thought. I was wrong.

By the time I got out of the apartment the suspect had made it between buildings to the parking lot. When I reached the parking lot he was going over the fence. As I hit the fence he was out of sight, crashing through woods. This was on a cold, wet, winter night, and remember, the suspect was shirtless and barefoot.

I got to my car and hauled ass to the next apartment complex, on the other side of the woods the suspect had just entered. I waited for him to come over the fence, but nothing happened. I figured he was laying in the woods, freezing and hoping we’d go away. We called K9. The dog tracked his scent to the apartments where I was waiting for the suspect. And I found out the suspect had gotten there before I did.

The scent went over the fence, through the complex, over the next fence, into a ditch…and we lost it. That suspect, barefoot and shirtless, freezing on a cold, wet night, bleeding from the fight and broken glass, after surviving a fall that would have killed me, got away. We never found him.