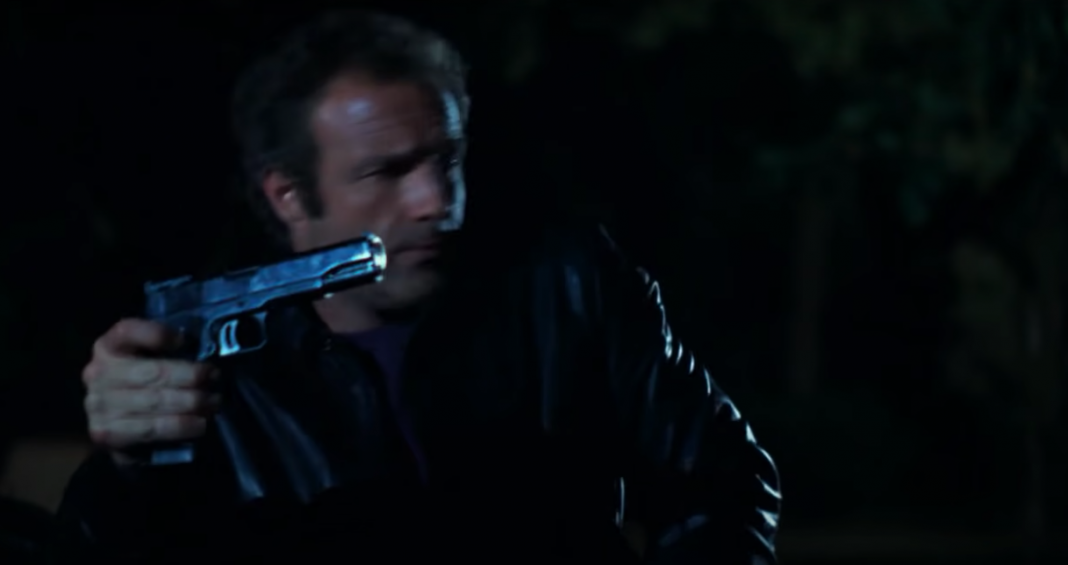 This article has been updated after it was pointed out that one of the 1911s shown here was unintentionally misattributed as a Hoag build.

James Caan recently passed away at age 82—a man whose superlative and illustrious career as an actor was greatly appreciated and enjoyed by so many audiences over the years. “Gun guys” (and gals) and fans of classic films will no doubt especially miss Mr. Caan as he starred in a couple of iconic flicks that have captured the imagination of firearms enthusiasts since at least 1981, the year the film Thief was shown to audiences for the first time. Caan is also remembered as Joe Sarno, the old gangster in the film Way Of The Gun where he and his crew of enforcers duke it out with snub nosed revolvers in that famous gunfight scene at the Mexican whorehouse against Parker and Longbaugh and their 9mm 1911s (and Remington 870).

Ask any firearms enthusiast to name a few of their favorite gun flicks are and chances are that director Michael Mann’s films will be mentioned. His films and TV shows have always been known and appreciated for the attention to detail pertaining to firearms and tactics; actors who star in Mann’s roles are typically sent to take firearms training courses to learn how to handle them and make their on-screen roles appear more convincing. This is something we also notice in champion shooter Jim Zubiena’s hyperspeed appendix draw when he makes his cameo as the curly haired assassin in Miami Vice. It is something we appreciate amongst the cops and robbers in Heat and how they operate in their respective spaces. And who wouldn’t remember Vincent’s famous “briefcase scene” with his HK USP 45 in Collateral?

Thief was Mann’s feature length cinematic film debut. The movie is about an experienced freelance jewel thief and safe cracker named Frank (played by Caan) who ends up pulling difficult scores down for mobsters and their fences in Chicago and then settling with them.

Michael Mann sent James Caan to Arizona to train with Jeff Cooper at Gunsite (known as the American Pistol Institute in those days) to learn how to shoot, handle, and move with a 1911 pistol. Training with Jeff Cooper at API and shooting a .45 Auto 1911 pistol while going over the finer points of the Modern Technique at that time was considered to be avant-garde and only something that the most serious shooters did. That Mann sent Caan to train at API specifically at this time during the history of the American firearms training industry only reinforces just how serious Mann is about attention to detail. And just like the details concerning firearms, Mann also hired real safe crackers and thieves to provide technical advisory for the heist and robbery scenes. The techniques and procedures shown in the movie are considered serious and professional contextually in that time period.

In an interview, Caan recollects how Mann recruited him for a role in Thief. He adds, “The next thing I know, I’m in Gunsite, AZ with a guy named Jeff Cooper, who teaches like these CIA guys how to sweep a house. We were there for two days and I learned how to handle this .45—that was important to Michael.” Perhaps many readers’ minds instantly shifted to the famous scene leading up to the movie’s final climatic scene, where we observe Frank entering a suburban home in the evening, while carefully sweeping all angles and corners, holding his Jim Hoag 1911 Longslide pistol in a Weaver stance and high thumbhold grip. There are other subtle details that experienced gun guys (and gals) might also pick up on, such as a scene where Frank carries out an old school press check and ensures his pistol is properly loaded prior to entering a building.

There is a bit of a myth surrounding Caan’s visit to API as some have alleged that Colonel Jeff Cooper did not want to associate his Modern Technique material with thieves and criminals and thus had declined to instruct Caan after learning that he was playing the role of a career criminal in his upcoming film. Purportedly, Chuck Taylor, another high level instructor at API had taken Caan offsite to personally coach him for his role as Frank.

The most iconic firearm in Thief is of course that Jim Hoag customized 1911 .45 Auto Longslide pistol that Frank possesses. Jim Hoag was a vaunted southern California gunsmith who was famous for his customized longslide 1911 pistols that usually sported a squared trigger guard, checkering on the frontstraps, commander style hammers, and Bo-Mar adjustable rear sights. Different Hoag builds have different styles of triggers installed; for example, the 1911 Longslide featured in this film has an old school Colt Gold Cup trigger with its unique vertical skeletonization. This little detail is perhaps one of the most distinctive things about that pistol. Additionally, Hoag was also known for setting the Bo-Mar rear sight units as low as possible relative to the top of slides in order to make them as low profile and snag-free as possible.

There are two other 1911 pistols that Frank uses in the movie that were also provided by Hoag Gun Works. One of them is a 5-inch customized Colt Gold Cup (which careful viewers will spot throughout certain parts of the film such as the press-check scene). The other is a chromed Colt Combat Commander. In the scene where Frank flashes that gun to the bar bouncer, one can immediately observe the classic commander style hammer and Bo-Mar sights. The Colt Combat Commander is just a variant of the Government model that has a shorter slide and barrel (measuring 4 ¼ inches instead of 5) and that distinctive commander hammer which replaced the original spur hammer to reduce hammer bite. Hoag built all three pistols by hand and set them up with barrels modified to fire theatrical blanks. Nevertheless Hoag ground and fitted only the lugs of the barrels and not the locking lugs on the slides so that they could later be fitted with the Bar-Sto barrels Hoag Gun Works was using at the time.

In short, Thief is an interesting film that showcases a character that is very serious about what he does and how he does it. That Frank arms himself with 1911 pistols such as a Jim Hoag Longslide or a Combat Commander with Bo-Mar sights only shows viewers the extent of his professionalism. For readers under the age of 30, his gear choices are equivalent to Frank arming himself with a 9mm 2011 pistol topped with slide mounted red dot and a Glock 19 (also with a slide mounted red dot) had the plot been set in the current year.

Rest In Peace Mr. Caan—and thank you for sharing your skills and your talent to entertain us on the silver screen for so many years!