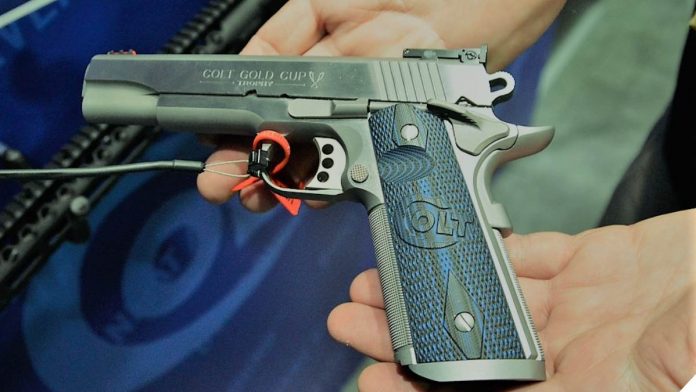 Republican Gov. Greg Abbott gave his approval last week to a measure that would allow public and private schools to use more armed teachers and staff.

The proposal, HB 1387, passed the state House 97-46 and the Senate by a 24-6 vote. Abbott, who had previously approved campus carry legislation into law for the state’s universities, signed the bill on June 6 along with others enhancing school safety and expanding access to mental health resources.

“Today, I am proud to sign legislation to make Texas schools safer for students and teachers,” said Abbott. “I thank members from both chambers, as well as the many stakeholders, who worked tirelessly to get these bills through the Legislature and to my desk today.”

Since 2013, Texas law allows public school districts and open-enrollment charter schools to appoint what are termed School Marshals from school employees. Candidates must hold a state concealed carry license, pass a psych exam and complete a mandated 80-hour course covering physical security, use of force, active shooter response, and weapon proficiency. In 2018, it was estimated there were at least 165 school marshals on the job in the state.

Previous law capped marshals at one per 200 students or one per building on campus. The new law will remove the cap and replace it with a stipulation that allows each public or private school district or governing body to appoint one or more marshals to each campus. The new law takes effect Sept. 1, just in time for the upcoming school year.

The bill was opposed by national anti-gun groups such as Everytown and Moms Demand Action.

Beyond the marshal program, schools can employ security officers and school resource officers. Schools also have the power under current law to grant written permission for anyone, including designated employees, to carry firearms on campus under what is termed a Guardian Plan. According to the Texas Association of School Boards, in most cases school districts limit such authorization to commissioned law enforcement officers.