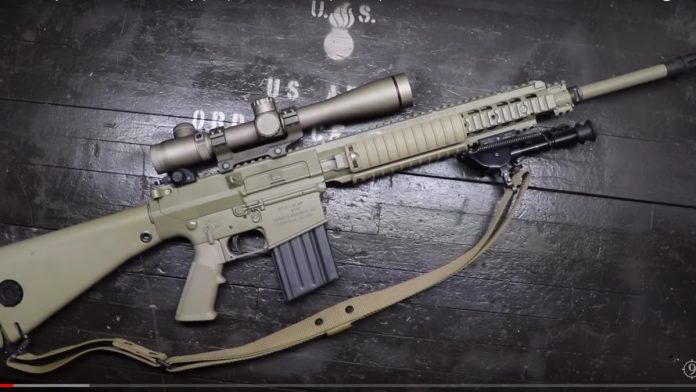 To see what one of the most commonly-issued long range rifles used by the U.S. military can do, two guys set up a range at varying distances and did the lead work.

Working with a Knights Armament M110, Josh Mazzola and Henry Chan team up for the test from 9-Hole Reviews. Their DMR was topped with a Leupold Mk4 3.5-10×40 while the ammo of choice was Black Hills 175-grain BTHP Match.

KAC introduced the system in 2007 complete with a 20-inch chromoly 5R cut rifled barrel and it has gone on to see extensive use primarily with the Army but also the Marines and Coast Guard, though it is set to be phased out in coming years by the more compact Heckler & Koch G28.