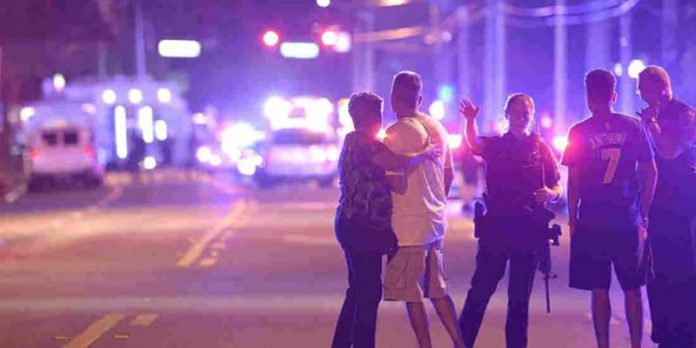 Let’s be very clear on a few points before the flame wars begin. Though the numbers are skewed to show more than occurred, the US has a mass shooting issue. These events are as deadly as they are because of a Gun control issue.

Let’s also be very clear that if we are calling what happened in France earlier this year was a terrorist attack that influenced Facebook to get people to change their social media profile pictures then what occurred in San Berdino and now in Orlando are terrorist attacks as well.

After both terrorist attacks, the anti-gun organizations blamed the NRA, other pro-gun representatives, and citizens as the cause. Not the radical beliefs of a zealous group in a religious war who perpetrated the crimes against our society.

What happened in Orlando is a travesty where a man angered by the sexual conduct of others was driven to commit a heinous crime against all of society. This man not only cleared a background check to own his guns but also cleared an extra check that employed him with a security license granting additional privileges to carry a gun. This was not a man, rather a piece of garbage that was on watch lists, interviewed by FBI and was being tracked for associating with terrorist forces and recruiters online.

So why are both of these incidents Gun Control issues? The first took place in California. A state known for some of the most restrictive gun control and regulations in the country. There an illegally obtained gun purchased via a straw purchase and then modified illegally was used by terrorist criminals to kill innocent people in a gun free zone. Giving the advantage to the terrorists who ignored our laws.

Yesterday’s action involved a person illegally using a gun in a gun free zone to corral and then murder people based on his excuse of religious beliefs. It is too soon to know if those guns were legal or illegally modified as some are claiming. Either way, the laws put in place to protect citizens failed again. Gun control failed again.

In the movie Dillinger, one of my favorite lines is when Johnny Depp says “I get away because they have to be everywhere all the time. I only have to be one place any time” or something along those lines. That there is the reason why all of these crimes are a gun control issue.

I have many great police, srt, military and first responder friends. These are people that run to gunfire to save lives. There is only so many of them that have to cover 24 hours across huge cities and towns. There are only so many jobs available that can be supported by taxes and commerce. There is only so many that can deal with the bull shit associated with typical police departments that can make saving lives a career. I know many and more that are not police that carry every day, served their time in the military or spend time today training so that if the moment arises they can protect their family, friends and themselves from danger. These people are everywhere all the time for they are us.

The media does not report it as it does not fit the narrative but good guys at risk to their personal safety have stopped countless shootings, robbings, murders and more by being trained, being vigilant and carrying while all being everywhere the bad guys can be.

All of these crimes, murders, and cowards attacks on our freedom typically happen in gun free zones for a reason. Criminals ignore laws that affect them but leverage these same laws in their favor when looking to commit crimes. If you think that criminals don’t look to gun free zones, then you’re apparently not reading FBI statistics on where these events happen.

So instead of putting blame on the NRA like the disgusting Daily News did today. Instead of looking for ways to get guns out of people’s hands to widen and secure more gun free zones, instead of expanding gun control to allow terrorists more time to fight without resistance lets be smart about this.

Gun Control failed in Paris, It failed on 9/11 it failed in San Berdino, it failed at Sandy Hook, it failed in Orlando and if given the chance it will fail again when another sad, lonely, pathetic excuse for a human is pulled in by these psychopathic anti-humanity scum in the middle east. Let’s lay the blame at the pshycopaths that commit these crimes. Lets do something that is effective at stopping bad people and stop creating knee jerk political reactions garnered only to serve individual interest over societeies needs.

Background checks haven’t made us safe. More police haven’t made us safe. More restrictions have not made us safe. Look at Detroit, what is making people safer is on point trained citizens who are willing to combat evil. Don’t fall for the distraction of a gun problem. Don’t fall for the call for an America’s gun culture as the issue. These are terrorist attacks from an organization that does not fight on typical borders and is taking the war to our streets. This problem is a control and fear issue. For when we are fed on fear and cry for help, turning over what our forefather fought for the gov’t has all the control.

Remember those lost in Orlando, San Bardino and France and ask them what Gun control did for them. Then when you realize you stand alone at the gates of our enemy my brother, that it is you, and you alone that is responsible for your safety. Now what will you do?