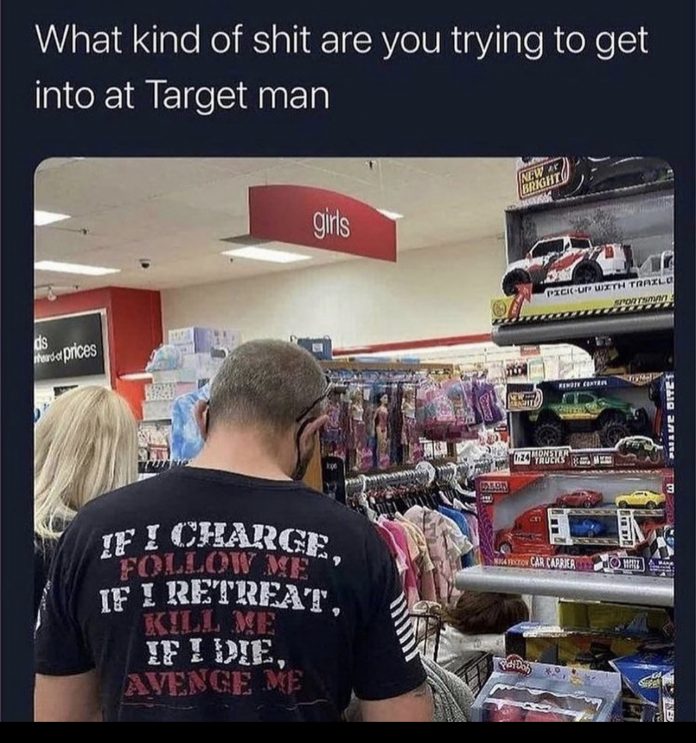 Like SHTF, WROL, Mall Ninja, and many a term that has been used, over popularized, and then ruined by the internet, Gray Man is among the quickest to rise and fall.

In an industry full of buzzwords like ‘Mil-Spec’, gray man was a term for the secret badasses of society. The Jason Bournes, John Wicks, and any other quiet unassuming kickassitude dealing one man (or woman) wrecking machines.

In reality, being a gray man is just being unassuming. It is someone who is forgettable, they don’t stand out, they don’t highlight on anyone’s day as an oddity or being worthy of special notice.

They didn’t wear an outfit so outside the norm that you noticed every detail. They didn’t shout at the waitstaff or the manager of a restaurant (Karen’s and Kyles are terrible graymen). They project nothing remarkable about themselves.

The military term is ‘skylining’, where you silhouette yourself clearly against the bright sky and let an enemy force know exactly where you are.

People do this in society too, all the time, usually by being some manner of inconsiderate douchecanoe.

The title photo is an example of expression, it projects the wearer’s attitudes and opinions and will cause everyone around him to form their own reactionary opinion. Some may agree and give a hearty, “Hell yeah, brother.” Others may think such a person is overcompensating, projecting, posturing, or any number of other formed opinions both positive and negative.

The point is that clothing, bumper and window stickers, and overtly in your face slogans plastered on everything of a certain style, and any number of other indicators are expressions that declare you identify with a certain lifestyle. ‘Tactical Folk Dress’ is as blatant and predictable as Emo, Goth, Scene, Pride Ally, etc. and is its own brand of branding.

When you choose to be expressive, you aren’t a gray man. When you choose to wear the T-shirt declaring you’d rather be judged by 12 than carried by 6 you aren’t being unobtrusive and low profile. You might not be open carrying, but it is probably the next best thing. Wearing gun brands or other identifiables is as indicative as printing while concealed carrying. It gives people information about you.

That is neither good nor bad, as long as it is what you intend.

Expressing yourself, expressing opinions, and expressing your love of a brand is natural in our society. Wearing a SIG shirt or Glock hat is the same as wearing a sport team jersey or drink brand. It communicates that you like something, there isn’t anything wrong with that if communicating that facet of yourself is the goal.

People wear sports apparel to sports events and you can see their affiliation right away for a reason. It is part of the social makeup of the event. Your participation on one side or another is human social interaction. Going to a concert and wearing the apparel of the band there that is your favorite, headliner or not. Dressing for a rock, or metal, or country concert is expression and social communication. Wearing something contrarian is too. It is all apart of the human experience and the ways we communicate.

The rub is that is you are looking to blend to your environment and be just one more forgettable goomba, you can’t skylight yourself. If you’re going to Target, your apparel shouting your willingness to kick off the Red Dawn sequel is skylighting. Wearing an unassuming graphic t-shirt, polo, sweatshirt or the like is blending. Something with a regular commercial graphic or no symbol at all. The same way wearing a metal themed shirt to a metal concert is the norm or wearing jeans and a cowboy hat to a rodeo fits.

There are times to be outside them, celebrities and politicos take advantage of those social aspects regularly. They ‘shake things up’ and ‘go in a new direction’ and ‘can’t be tamed/stopped’ when in reality they are just using the normal/abnormal standards of human communication to project their message.

Thanks for coming to my Gray talk. Carry on.