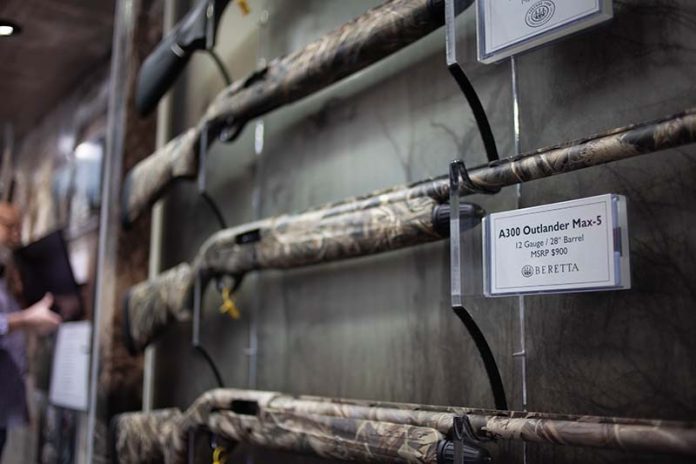 A wall of Beretta shotguns on display. (Photo: Jacki Billings)

Fanizzzi earned a sub-junior podium finish, tackling 186 out of 200 targets with the A400 Xcel Sporting Black Edition by Beretta. He also was awarded three sub-junior champion podium honors in the Master’s Cup, Super Sporting and 5-Stand events. He too won a title in the White Flyer All-Around, winning the sub-junior champion title. Fanizzi is a recent recruit to Team Beretta, joining at the end of the 2018 competitive season. Rounding out the team captain Sorantino nabbed a ladies runner-up podium finish in the Master’s Cup event, narrowly beating out the third-place finisher by only two targets.

“With the entire team winning one or multiple podium titles during this competition, Team Beretta shooters surpassed their podium record from last year’s competition by 11 podiums,” the company said in a news release.

Team Beretta will continue to compete this season with the team headed to Columbus, Kansas in June for the 2019 North Central Regional.