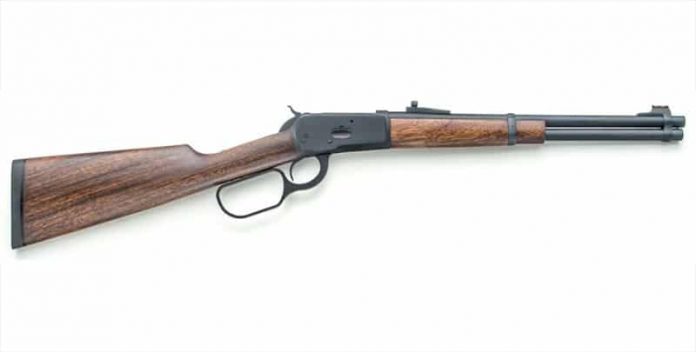 Taylor’s & Company unveiled a new lightweight carbine built with speed and comfort in mind. The 1892 Taylor’s Huntsman was constructed like a traditional lever-action rifle but with a few modern twists.

The most notable features of the 1892 are its manageable size and upgraded sights. The Huntsman now boasts high-visibility fluorescent front sights and deluxe Skinner rear sights.

These improvements make the carbine great for not only recreational shooting, but also for hunting, according to Taylor’s Senior Account Executive JC Henkel.

“The 1892 Taylor Huntsman is a lightweight, fast-handling lever action with a modern twist,” he said. “It’s a great hunting rifle for anyone looking to stay with a traditional lever-action platform with an upgraded sight package.”

Upgrades such as the rubber recoil pad and lighter weight were made to provide end users with a comfortable shooting experience and a perfect companion rifle.

For more information on the Model 1892 Huntsman, visit taylorsfirearms.com.

Founded in 1988, Taylor’s & Company, headquartered in Winchester, Va., is an importer of firearms, including revolvers, rifles and shotguns. The company specializes in reproduction Civil War firearms through the end of the Old West era, hunting firearms and 1911 tactical pistols. It markets its products through dealers and distributors nationwide and assists consumers in obtaining a dealer for firearm transfers as needed.  It seeks to serve all types of shooters, from competitive shooters to collectors to outdoor enthusiasts to firearm history buffs. For more information, visit taylorsfirearms.com. 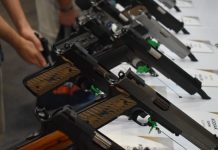 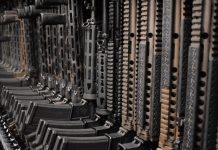