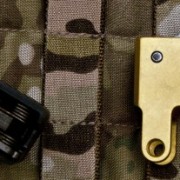 One of the most common complaints about the Tavor (and most bullpup rifles) is the trigger. The dissociation between the rifle’s grip and trigger from its spring and hammer often leads to bad words like “long, heavy, gritty, spongy.” The Tavor has seen soaring popularity in the civilian market, which has in turn meant a […]