Developed by Silver Shadow, the 11-pound twin-barreled AR brings two of everything to the table in one rifle.

Designed by Israeli Amos Golan, the Gilboa Snake is a .223 salvo rifle that mates two barrels in a single receiver that uses (wait for it) twin gas blocks and BCGs that eject spent brass in tandem via left and right-sided ports. There are two mag wells, as shown off in the above video from Kirsten Joy Weiss, and even two triggers. The only thing that comes solo on the rifle, which just entered production earlier this year, are the pistol grip, furniture, and sights.

She seems to like it and promises a more detailed rundown in the future. As an aside, if gun control advocates go nuts over the “power” of a single AR-15, they are bound to equate this one to something near-mushroom in capability. 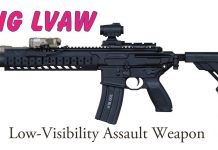 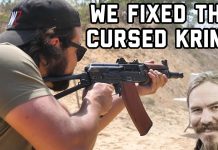