Once upon a time, GEMTECH made just such a thing for…reasons. If you ever feel so inclined, do yourself a favor and pick up a copy of Silencers History and Performance Volume 2. It’s wayyy more riveting than Volume 1, and in it you can see some of the early work silencer companies did making small (prison pocket friendly) weapons and silencers. More on these in future articles if they let me keep writing. 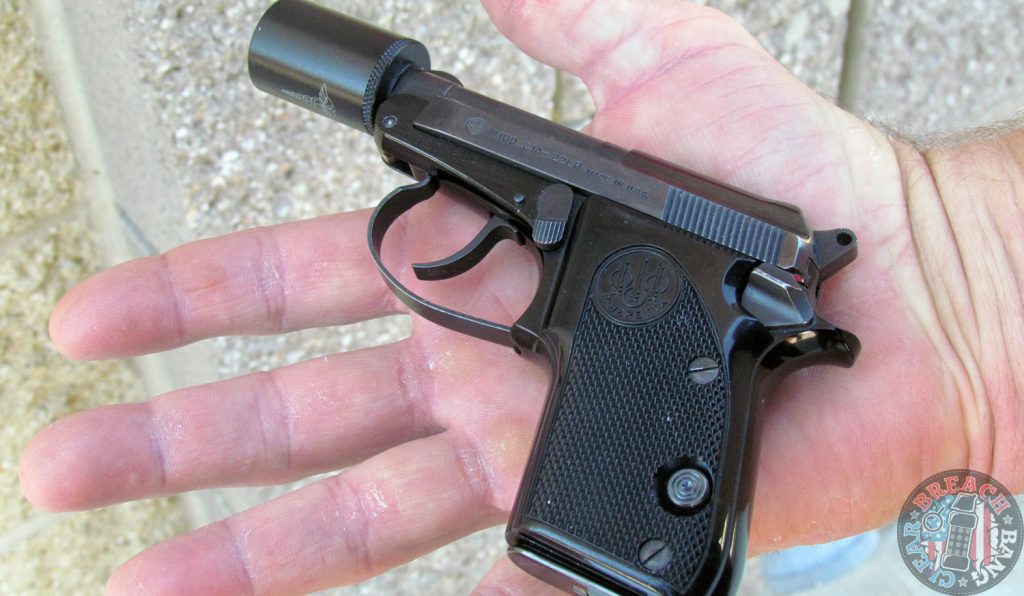 This brings me to the sometimes-rumored Gemtech Pill Bottle. The Pill Bottle is a pretty simple-at-heart can. It is a one chamber, rimfire silencer that uses one ¼” rubber wipe. For those of you not familiar with wipe technology, it is essentially some sort of pliable material that a bullet can pass through but gasses can’t. In the very early days of silencers, these could have been made of leather, cotton, or usually plastic/rubber. These wipes have a limited life span and have to be replaced periodically as they wear out, and this poses a problem in our modern day since the BATFE considers them silencer parts. Manufacturers cannot simply ship them to your door, although they can be made by the user. Just not in surplus.

Back to the Pill Bottle. The body is constructed from 7075 aluminum and is type III hard coat anodized. It weighs a whopping 1 ounce and is 1.4” long. The inside of the tube is threaded for a retaining sleeve to hold the wipe in place but also allow the user to replace it as needed. The “lid” of the silencer has a female ½-28 thread for mounting on pistol barrels, and also to accept the key chain attachment so the silencer can be inconspicuously stored on the user’s keys. 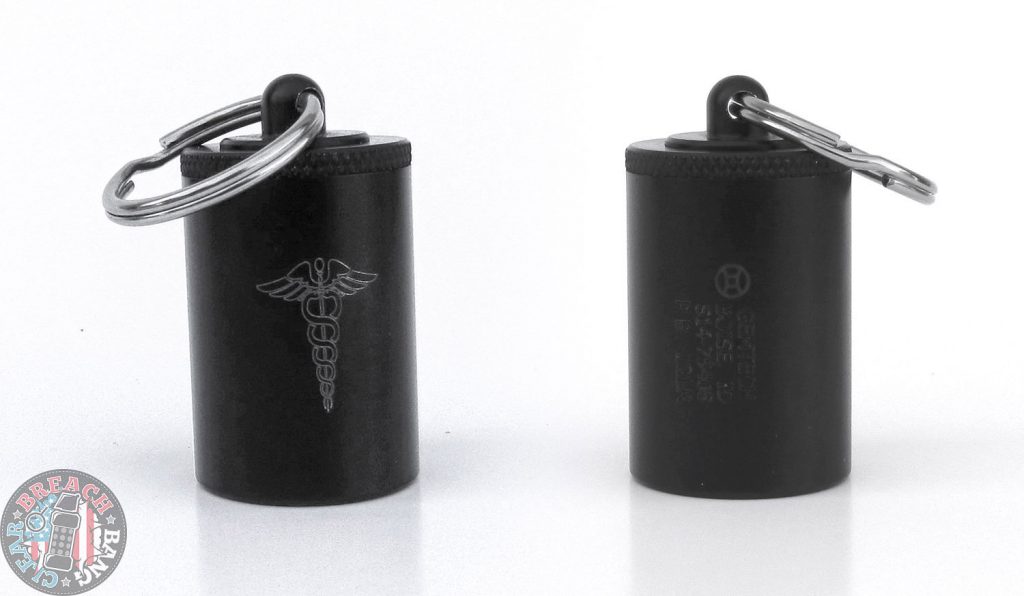 The pictured silencer is adorned with the usual required markings GEMTECH uses consisting of manufacturer, serial number, and place of manufacture. However, requests have been made for more obscure markings like, “if found please call” or doctor’s name as the model, a phone number as the serial number, or in a few extreme special cases a removable marking. We have also garnished the caduceus on the other side to show this is a medically purposed item, and in a few rare instances the silencer has been anodized red to further show it’s a medical device (we got that idea from a movie prop guy during a late night at SHOT a few years back). 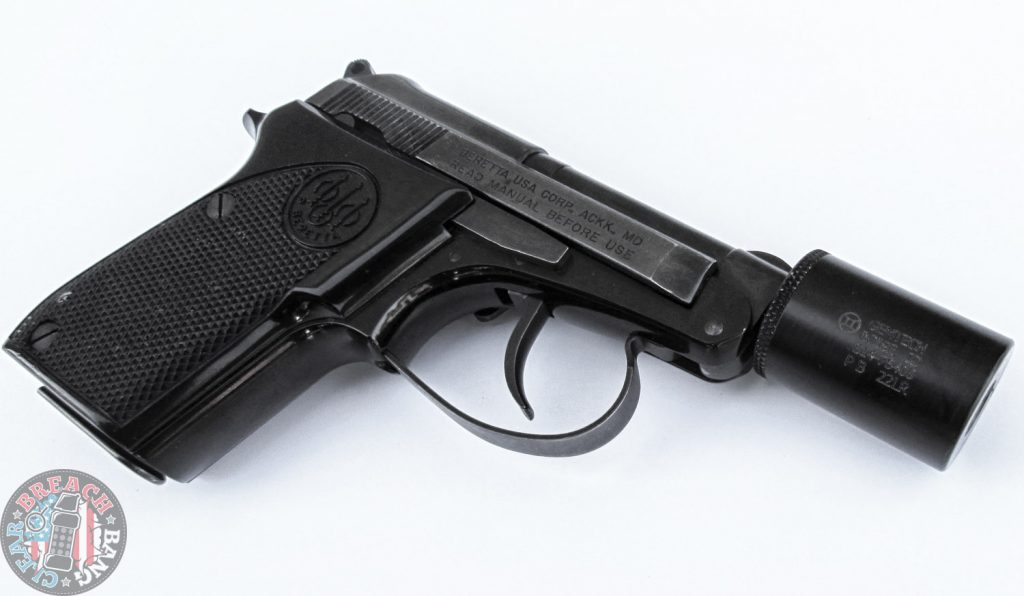 Now obviously this does double as a legitimate pill bottle. As in, you can actually store small pills inside, aiding in the camouflage. I have on good record that a certain GEMTECH owner will carry his heart meds in one regularly, you know, just in case. The chosen pills can also aid in the user’s suppression levels. If the operator were to choose a liquid capsule, like fish oil or similar, they would then be able to make the suppressor wet. Hopefully all of the educated readers of Breach Bang Clear know that making silencers wet will help in noise suppression. We found a down side to this method however: using something like fish oil in such a small silencers results in a significant amount of blowback into the gun. Everyone stop and imagine hot, sticky, fishy smelling fluid all over your piece; while that may be very familiar to most of you, when it’s on a pistol and allowed to dry it can cause a cleaning nightmare. Which is also relevant to your piece. 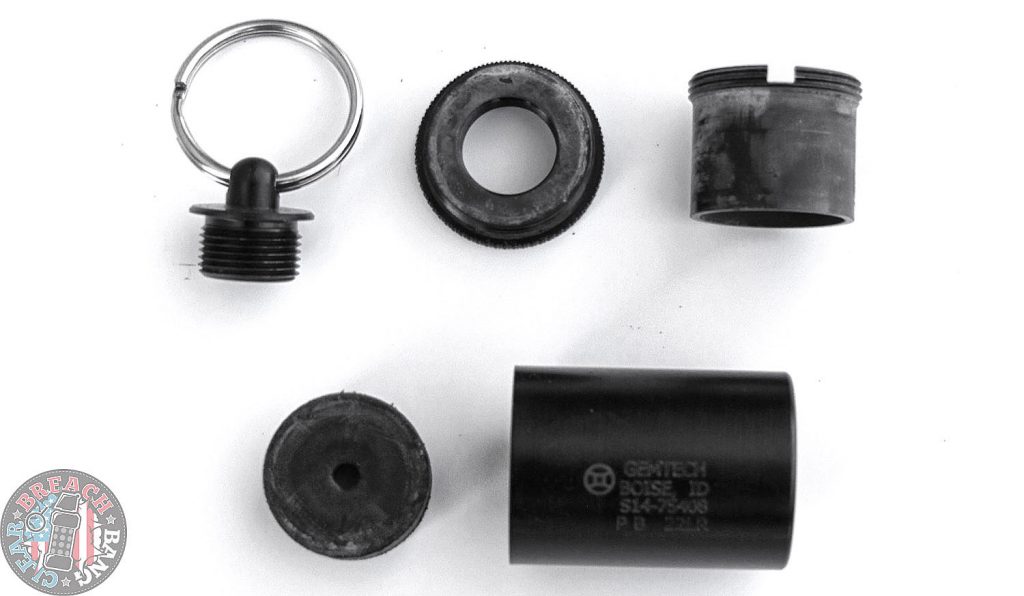 Some of you may be wondering about the lifespan of such a silencer. From my own testing on the pictured Beretta 21A, I have found that the wipe will last about 50 rounds before a noticeable increase in sound levels occur. Mind you, this is not a full-size rimfire can; if you expect sound levels close to your Outback IID on a 10/22, you’re high as giraffe pussy. But when measured for sound performance the Pill Bottle held its own. On the 21A it was measured with an average of 134 dB using GEMTECH subsonic ammunition and petroleum jelly as an ablative. These silencers are made for ultimate concealment and enough suppression so not everyone in the elevator knows somebody just got plugged in the back of the head, but instead thinks “maybe that fat sweaty lady just ripped one.” I’ve heard that when used in conjunction with soft tissue, these cans are astonishingly quiet. 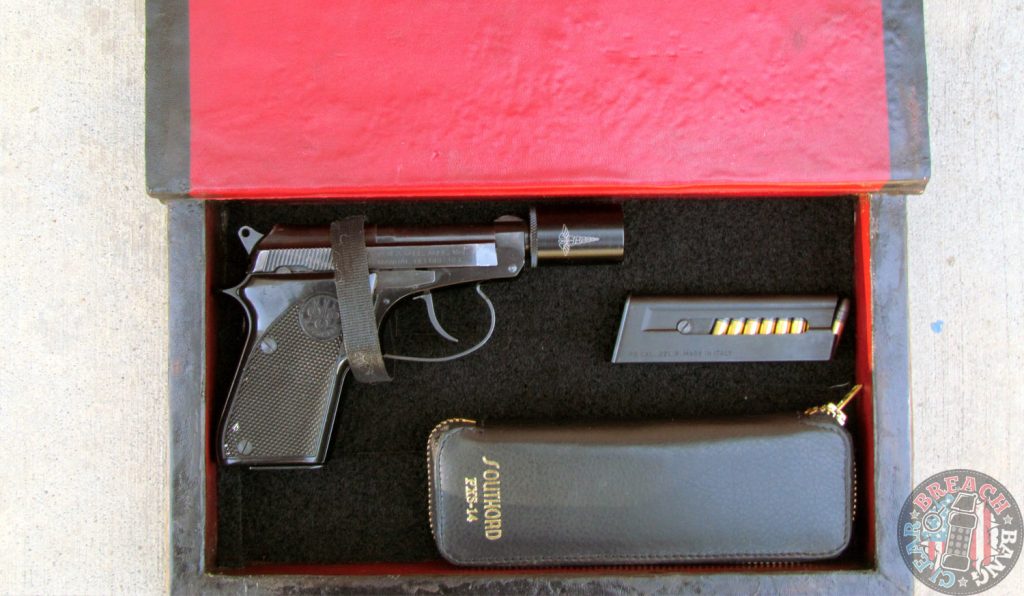 The Pill Bottle is a neat little silencer and over the decades GEMTECH has produced these little guys off and on as needed and with various markings and colors. But with more standardization amongst the government and better technology being used in larger caliber systems, the need for the Pill Bottle has waned. 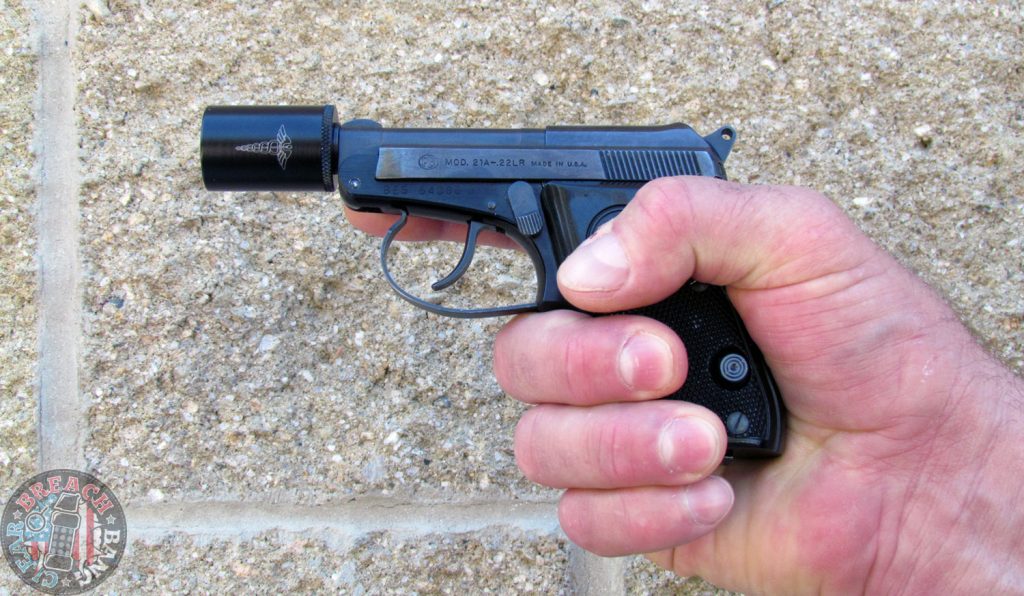 Maybe at some point I’ll be able to get my hands on the 9MM version to share with you, but I doubt it. Currently the Pill Bottles aren’t in production and are labeled as “discontinued”. That’s the bad news. The good news is that I did meet with one of the engineers recently and he had what I hope was fish oil on his Beretta model 70 and hands. Whatever it really was, I’m telling myself it was fish oil.