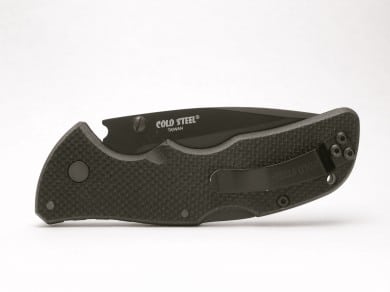 Blade Show happens to be the same weekend as my four-year-old son’s birthday, so for the fourth year in a row I haven’t gone. That said, the internet provides you with great perspective, and I was lucky enough to have a few friends go and give me the lowdown on the year’s biggest knife show. There was a lot of interesting stuff shown off and tons of news tidbits, but here are the highlights.

I have mentioned before that we are in a Golden Age of Gear, and the 2014 Blade Show is proof of that. Not only were the crowds bustling and spendy, but the show gave them plenty to drop some coin on–from Southard’s uber awesome auction knife (which hit $6,000 and went higher) to ZT doing a lottery for spots to buy the mythical and mythically cool (and 2013 Blade Show Overall Blade of the Year Winner) ZT0454.

We are at a high watermark for gear in terms of innovation, quality, and the number of people interested. Where this goes in the future is anyone’s guess, but talking to folks on both sides of the table, everyone seems pretty happy–makers are selling out in hours and knife nuts are in paradise.

CRKT is on a Roll

The Swindle was awesome. The Eros SS is super sweet. The Drifter is, and probably will be for some time to come, the king of the budget blades. But this year, with the release of the Hi Jinx, it is clear that CRKT is positioning itself in a different place in the market. Not only did the Hi Jinx win Overall Blade of the Year, but it finally gives CRKT a knife that runs with the Big Dogs in terms of design and materials. Titanium framelock flippers are all the rage right now and the Hi Jinx is one of the better looking ones in the production world.

It also runs Sleipner steel, a European D2-like steel that holds an edge for a very, very long time. The high end market just got a bit more competitive, and competition is good. Even the debut video of the Hi Jinx, from Edge Observer, is totally amazing.

Cold Steel telegraphed the move they made at Blade this year three years ago. Long the favorite blade maker of shopping center ninjitsu practitioners, Cold Steel decided to match their reputation with some engineering chops. They licensed the Tri-Ad lock from Andrew Demko. Then last year they released their flagship tanto the Warcraft with an uber premium steel–3V. Then this year they announced that their Recon line of folders will get a steel upgrade, as well, opting for Carptener’s amazing CTS-XHP. There is little that XHP does poorly, and it is one of the primary reasons to buy and love a Spyderco Techno or Chaparral. Having that steel on a design as solid as the Recon folders means that Cold Steel finally has the materials to compete with Benchmade and Spyderco.

They have made great stuff for a decade, though the silly heavy-metal marketing disguised that. Then they upped their game a couple of times and now we finally have a production folder that can compete with the Paramilitary 2 on every front–size, weight, durability, blade steel, and hopefully price. A $100 3 inch Recon with XHP steel will sell like votes in a Chicago mayoral elections.

Those Italians Know Their Stuff

With the SR series and the TiSpine we have come to expect great things from Lionsteel. We know and love the clean, sculptural lines of Fantoni knives (largely thanks to the work Edge Observer has done covering Fantoni’s blades). And while lots of folks liked the looks of Viper Knives (by Technocut), it wasn’t until this year’s Blade Show that Viper had a knife that is as exciting as their Italian neighbors. The announcement of a collaboration with Jesper Voxnaes to produce the F5 folder is extremely exciting. This is a knife that has classic lines and features but seemed out of reach because of its custom price tag and limited availability (even for a custom). Viper’s fit and finish in a Voxnaes design is just too darn cool. Again, competition is good and a high end production F5 is about as competitive a design as you will find.

ZT and Hinderer Are Besties

The XM-18 is an undeniable classic, but it is getting a little long in the tooth. Enter the Ecklipse, debuted at this years TKI, a custom knife show that is invitation only. The Ecklipse is an upscale version of the XM-18 with a different handle shape and a tanto grind. It looked awesome, but the prices and availability meant that it was a knife us hoi poloi would never handle. Then ZT announced that they would be making a production version at Blade. But this isn’t just a production version. From the looks of it, it is the Ecklipse in every important way–it even has interchangeable hardware with the Hinderer original. And it has a classic drop point blade, something that offers greater utility than the tanto the custom runs.

The knife runs on the KVT captured bearing pivot and appears to flip like a dream (which is to say better than an XM-18). It even has Hinderer’s clip. People have complained for a while now that ZT seems to be making a bunch of knives that are kind of like the Hinderer original without making the original. Everyone thought that would happen with the XM-18. Nope. ZT waited to do that with its successor, and again it looks like they have a home run on their hands. Finally, cap tip to Rick Hinderer, who is an absolutely great maker and an even better business man. He has convinced another entity to make knives that he can sell parts and accessories (both high profit margin items) for and they were happy to do it.