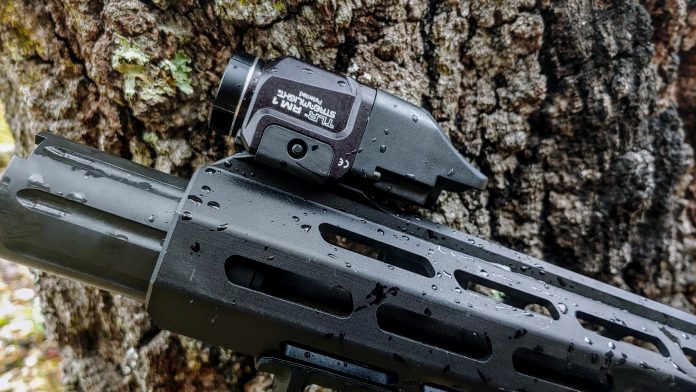 You would never guess how much goes into tactical lights. For real, when you choose a tactical light, to include a weapon light, you have to make some serious considerations. We’ve gathered some of the basic tenants of a tactical and weapon light that you should know before choosing your tactical, your EDC, or your duty light.

For duty grade tactical lights and weapon lights, metal (aluminum) is the preferred choice. It can be dropped, kicked, bumped, accidentally shot with simunitions, and then just keeps going.

Polymer can be okay for handheld lights, especially for just a simple EDC light for your everyday Joe. I will say the Streamlight Sidewinder and I were paired together for two deployments across several continents, and it never failed. 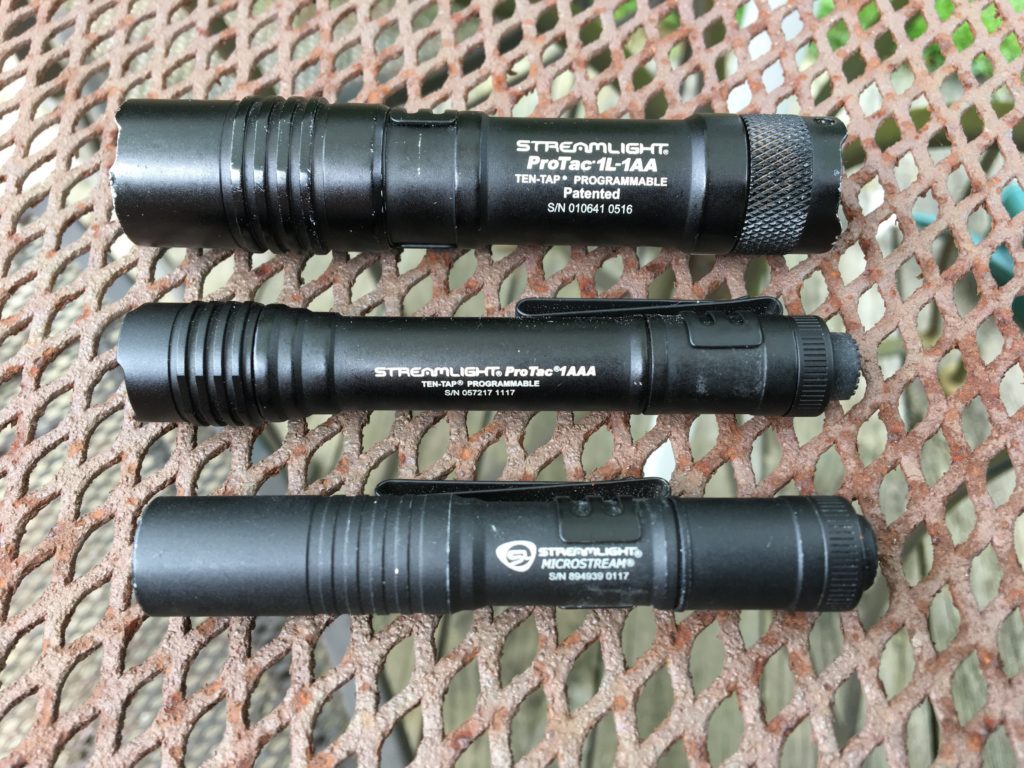 You typically want a light sealed against the water with a rating of at least IPX7. This guarantees half an hour underwater at 1 meter.

When it comes to weapon lights, I feel aluminum is the only way to go. On a weapon, you need a light that can take some severe abuse and be exposed to lots of heat, and bumps.

Weapon lights need to be mounted to a rail of some kind. Rail mounts should be tight enough and in spec to allow the light to clamp down and remain in place throughout hundreds and hundreds of rounds. Here is the thing, crappy cheap lights have crappy cheap mounts. 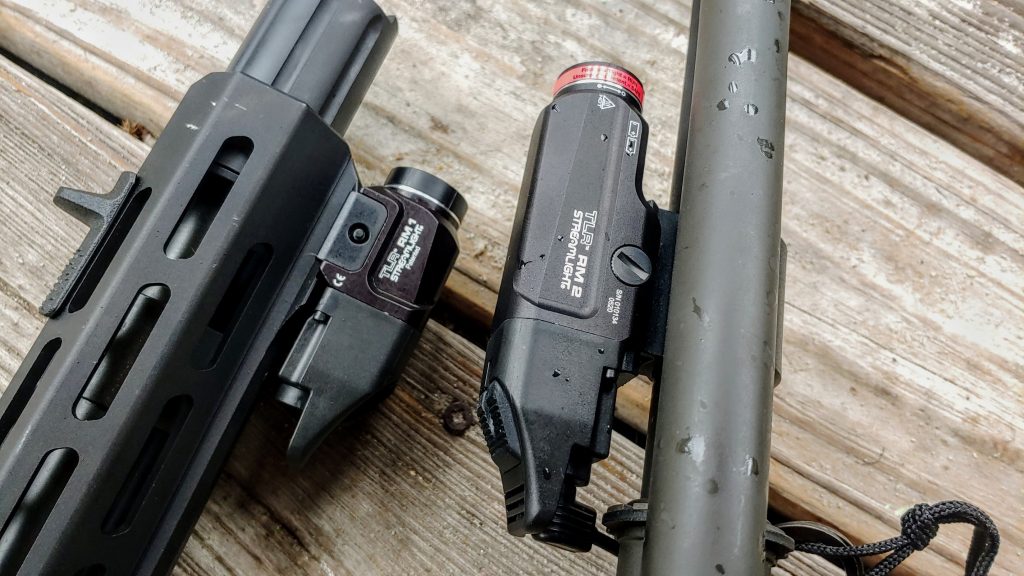 Some out of spec lights will simply slip off the rail, regardless of how tight it is. A proper mount will sit and stay put. Sturdy spec’d aluminum mounting systems are the best and more resistant to cracking, and that’s important because they are always under tension.

Tactical Lights typically have some combination of these modes: constant, momentary, and strobe.

Constant – The light is on until you turn it off. Simple, functional, and a must-have.

Momentary – A mode in which the light is briefly used and turned off as soon as the button or lever is released. Perfect for shining quick flashes to avoid giving your position up for an extended period.

Strobe – Strobe means the light flickers on and off constantly. The idea is to dazzle a bad guy and distract them. The strobe is not a feature I seek or need, but plenty of lights offer it.

The way lights are utilized and how they are activated varies greatly.

Most tactical lights use an endcap that activates the light and allows you to control the light. This includes both long gun lights and handheld lights. These endcaps offer a lot of control over the light and make running both momentary and constant modes quick and easy. 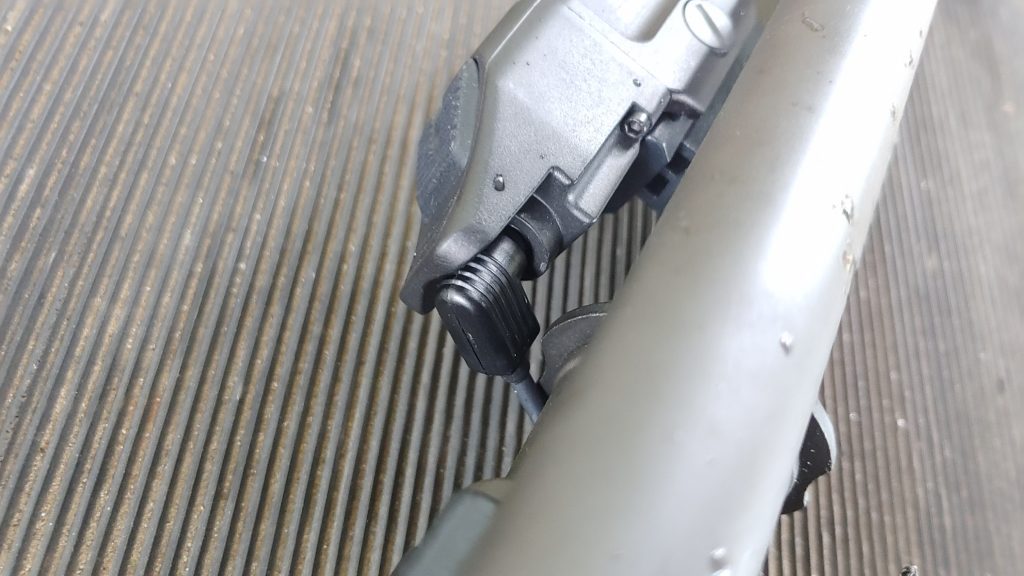 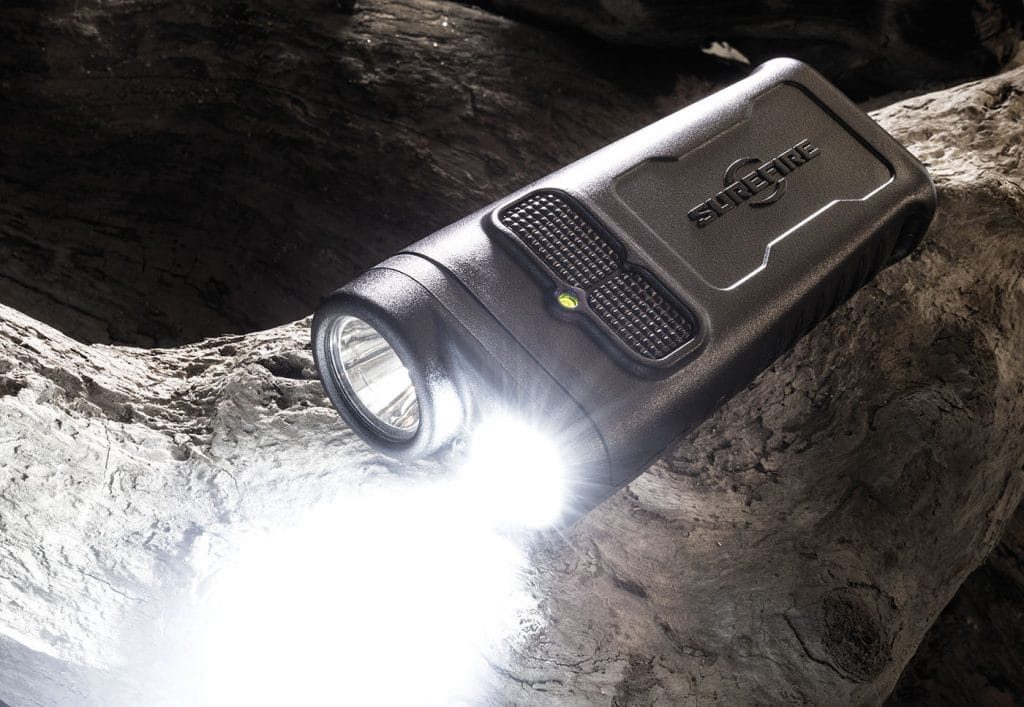 A standard body button isn’t superbly common for tactical lights, but on compact lights, they aren’t all that uncommon. The Surefire Stilletto features a small body button, as does the Streamlight Sidewinder.

Switches are seen on weapon lights typically designed for handguns. They sit on either side of the trigger guard and allow you to flick the light into action with just a quick flip of your finger.

Lumens get all the hype, but everyone seems to forget about candela. Let’s not get too far ahead of ourselves. Lumens are important, even critical in determining a light’s power and what it can be used for. 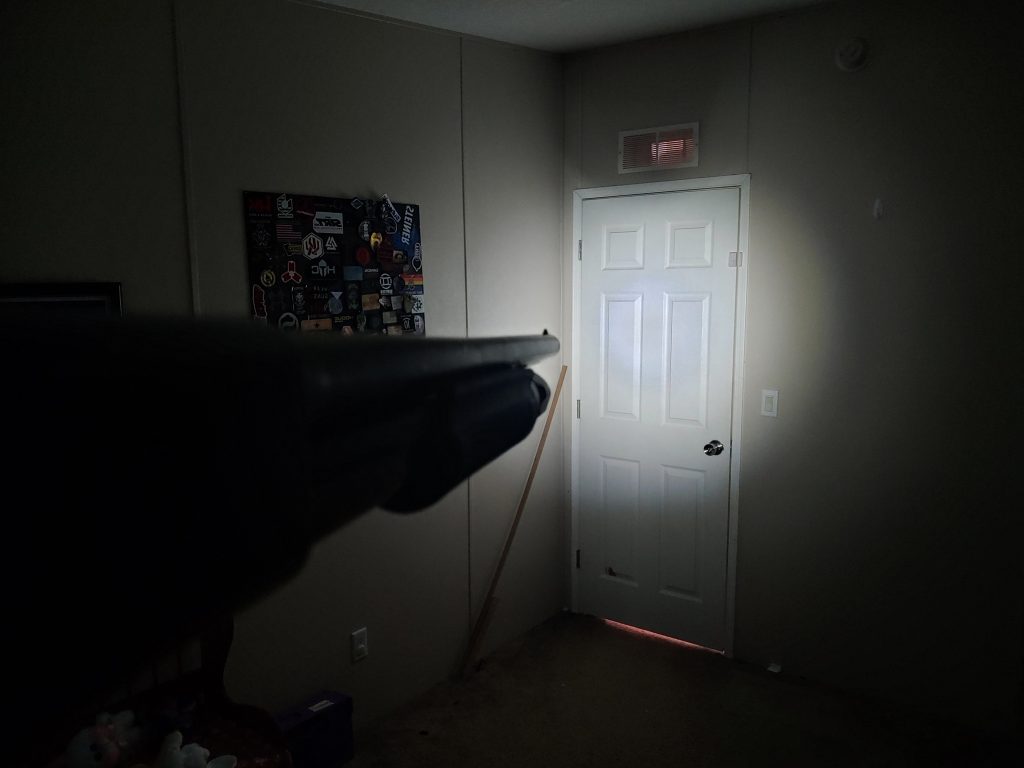 Lumens refer to the total amount of light being emitted by a flashlight. Candela, as far as the end-user is concerned, is the amount of light emitted in a single direction. Shine a Surefire U-Boat (x300U) in your face (we’ve all done it, don’t lie) and you’ll see what happens when a 1,000 lumens is backed by serious candle power. On the other hand, fluorescent light can emit 1,700 lumens but has less than 200 candela. It illuminates a room evenly.

Put a fluorescent light outside, and how far can you use it to see? Put a Surefire U-Boat outside and tell me how far you can see. Candela is a specific measurement of the brightest part of the beam, which is at its center. This center point is also known as the hotspot and is where the light is brightest. The further you get from the center of the beam, the less candela you have.

When choosing a tactical light or WML, the number of lumens and candela will determine how bright a beam is and how far it will shine. For WMLs and for combative tactical use, more is often better. However, lots of tasks will make a lower-powered light more desirable.

When reading a map, searching for footprints, or when conducting any kind of close-in manual work, a lower-powered beam is often a better choice. It’s more comfortable, it’s less obnoxious, it is less likely to overheat, and will still complete the task.

Batteries are a big concern with high powered lights. If you want a small and compact light to be powerful, then you’ll have to compromise on battery life. Unlike red dots that can measure their run time life in years for high end units, lights are still measured in minutes.

Beam pattern can tag onto lumens and candela but deserves it’s own category generally. A specific light’s beam pattern is how wide or how narrow the beam of your light is. There isn’t an industry standard for terms to describe beam patterns, and companies will often have their own.

Sometimes a good tight beam is what you need. Other times spill is important. Spill is what you call the overall width of the beam. This is the area from the center of the beam that can fill your peripheral vision. Spill becomes more important, the tighter things get, and less important as an area opens up. 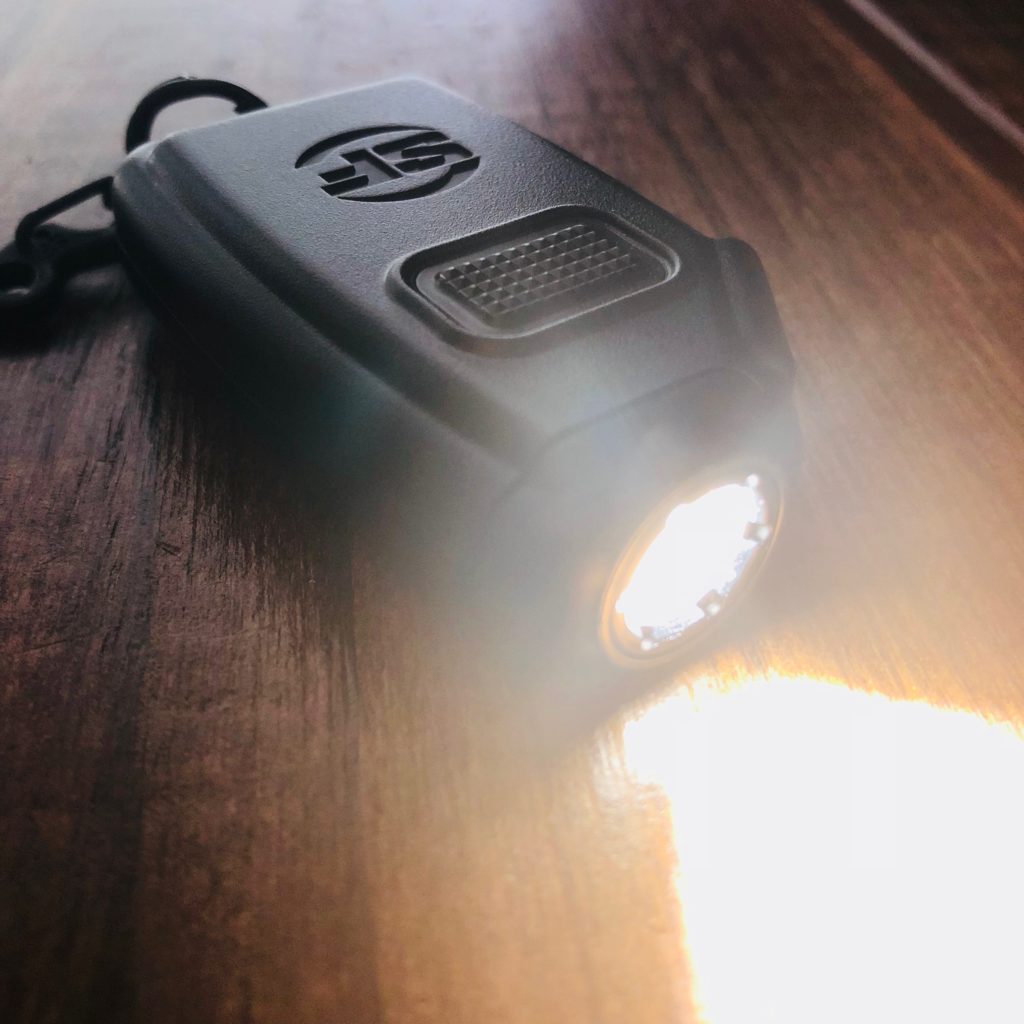 The throw is a term to describe how far a beam will go. The higher your candela rating, the more throw you have. Throw and spill often work on an inverse of each other.

Finding a good compromise is usually your best bet. If I was searching over big empty fields, then spill is a big deal, and I want the tightest light possible. If I’m in an alley, or in a  building, spill can be pretty handy. Now, what if I’m a cop in both on the same night? I don’t want all spill or all intensity.

For duty use, the range and power of your light are quite important. When I was living the life, the Surefire I had attached to my rifle cast a bright and powerful beam that gave me a tight beam for identifying targets. It had a moderate level of spill, and enough to use inside a compound or house.

For home defense, you may want a beam with more spill and less intensity. This creates a beam that can fill a room and reduce reflections. Less candela and a good lumen power will go far inside a home. 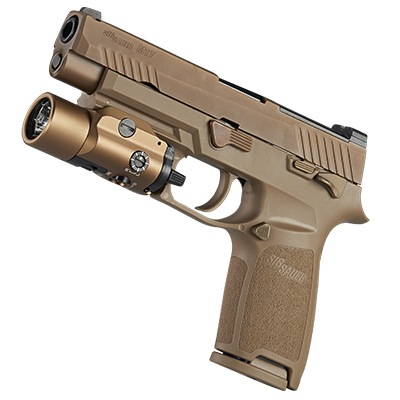 If I was only worried about outdoor use, I’m probably going to modify a Surefire with a Modlite OKW 576 head to produce higher throw. It would work indoors but is not optimum for that task.

Also, some weapons simply don’t make sense with certain lights. A crew-served heavy machine gun with a Surefire X300 doesn’t make a lot of sense. The same could be said for a powerful light with minimal spill on a shotgun. Your specific task or weapon will determine what you need for a specific light type.

Temperature applies to both tactical lights and cameras. If a light is warm, it will appear somewhat yellow, and if a light is cold, it has a bluish tint. 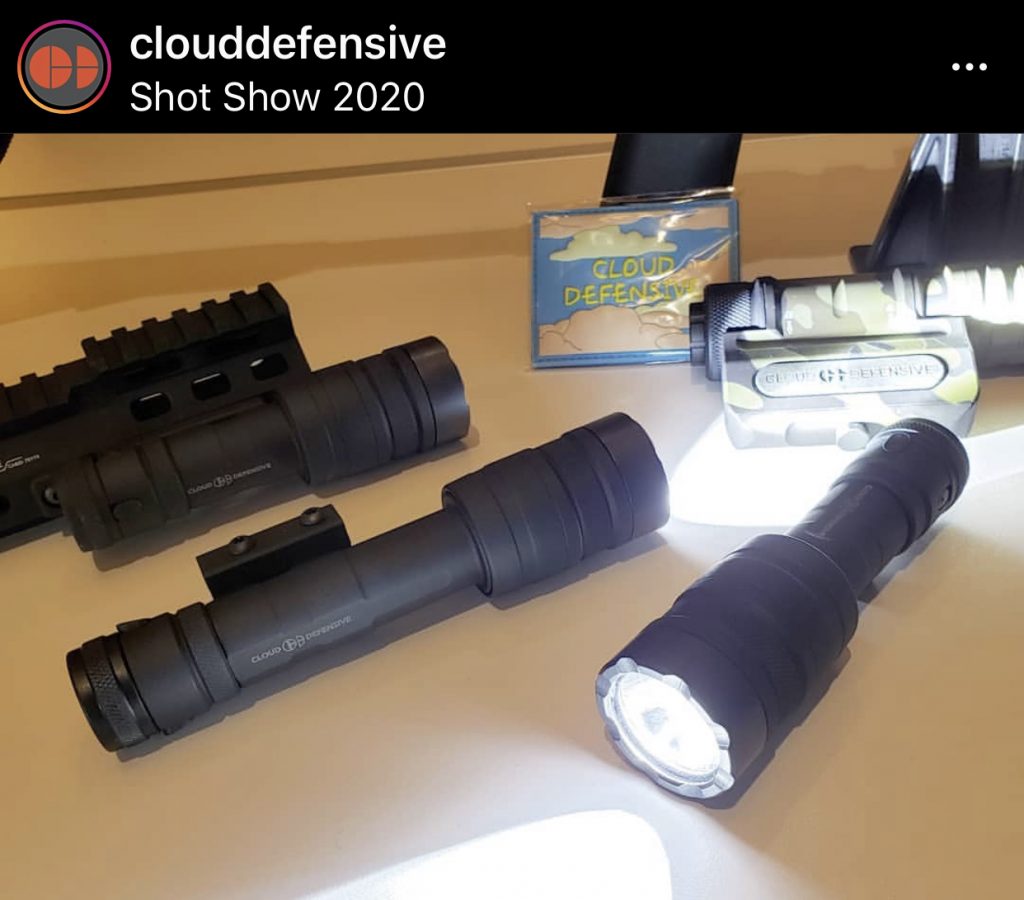 The downside of too much of either is color differentiation. If the light has its own color, you may miss details. Modern lights from good companies have created nice, bright pale lights that are relatively clear and as close to tint free as you get. You’ll find cheaper LEDs cast a blue light, and old halogens cast a yellowish light.

Tactical lights are one of those mini must-haves that a lot of people may not put a lot of thought into, or even know to think about. It’s certainly not as sexy as your knife, gun, or even tourniquet, but I believe it deserves the same amount of consideration.

GAT Recommended Brands, by use