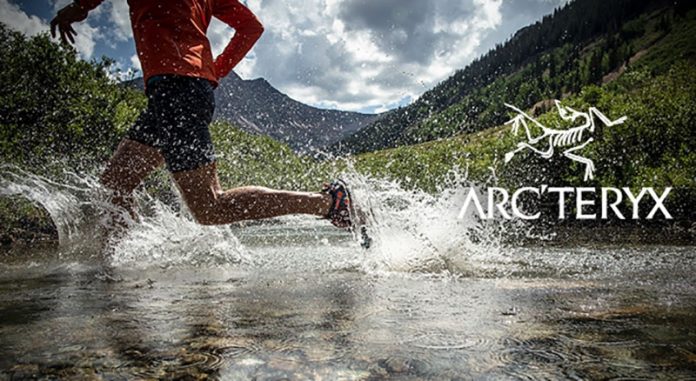 My name is Richard Kilgore, and I’m gay for the Dead Bird.

That’s right, I said it. I’m gay for the Dead Bird and I’m not ashamed to admit it.

Several of my and Slim’s assorted wretched minions spent some time lurking about the Arc’teryx LEAF booth at SHOT, then stalking them on social media in the months since. We thought you might be interested in what they have going on – like the new Naga hoodie, which might be the greatest midlayer garment they’ve released yet (mmmm, it’s so fuzzy and soft), and their new base layer longjohns (technically, “Bottom SV”) which are actually the most awesome fucking woobie EVAR.

What’s the difference between regular Arc’teryx and Arc’teryx LEAF you ask? Simple. Regular Dead Bird, while wondrous and magical as Queen Galadriel’s panties, is intended for such folks as tree-lovers, hippies, alpine lovers and folks who would much rather read Outdoor Magazine than RECOIL or Soldier of Fortune – or Breach-Bang-Clear. LEAF is meant for those of us who are more inclined to understand that yes, violence is in fact the answer – and is often quite entertaining to apply. It is noteworthy though that prior to the LEAF line, knowledge of Dead Bird helped you get into the pants of hot mountaineering and adventure sporting women. These days we have to resort to pretending that we actually like kombucha and shop at Whole Foods. It’s a hard life.

So what do both lines have in common? Well, they’re both badass, designed with input from badasses and then built to badass design specs. But they are both fucking expensive.

So, why do me and Slim and our assorted 1:1 scale flunkies revere and admire Arc’teryx so much, despite a price that most any other time would have us demanding a happy ending?

It’s actually very simple. It’s important to know what you know, and it’s important to realize you don’t know what you don’t. We at Breach-Bang-Clear know about bullets, boots, boomsticks and boobs. Arc’teryx knows wet and cold weather performance. They were born in the mountains and damn near everything they do comes from some designer’s personal mandate. The fit and functionality of their gear is developed with all sorts of input from snake-eater types like JTF2 and CSOR of CANSOFCOM. The material and insulation and other design features are chosen with the assistance and input of many other dudes who, though not pipe-hitters or SOF operators, are nonetheless as hard as woodpecker lips…guys like the ESAR personnel who drop dynamite out of helicopters for avalanche control in British Columbia and go happily into places where any sane man would crawl into the belly of a taun-taun. Or the gendarmes of the Le Centre National d’Instruction Ski et Alpinisme de la Gendarmerie. Those motherfuckers will lower each other head first into glacier crevices in the middle of a blizzard or abseil down into ice caves underneath cliffs up so high it’s tough to breathe. Don’t forget a large number of the most experienced mountain guides in the world.

Plus, it makes me feel pretty.

Some will say we only buy Arc’teryx ‘cuz it has the iconic Dead Bird on it. That is, in fact, quite true. We reckon Arc’teryx is worth the price they 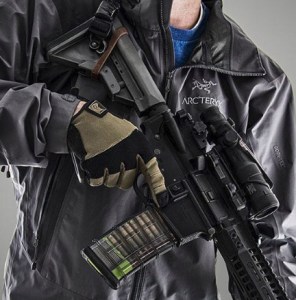 charge because it has that dead bird on it, but remember—it has that dead bird on it for a reason…not just because of the depth of design and the proving process every garment goes through. These fucking guys use really high end materials. The zipper on their new jumpable maritime pack costs more than a wild night at a strip club, even if you get all the VIP room “lap dances.”

I admit that many people wearing it don’t actually need it most times. I’m from Freedom, Oklahoma; Dead Bird is less necessary there than, say, Ulaanbaatar or Thule Island, but I’ve been glad to have it a couple times—like back in ‘06, right after I got back from hanging with the Romanians at Shamulzai (where it was equally useful). If you don’t need it, don’t buy it. That seems like a pretty simple proposition.

This isn’t to say they’re perfect, of course, because nothing is. Arc’teryx sizing can be a pain in the dick (not a getting-your-bore-punched pain in the dick, but definitely pinching-it-in-your-zipper pain). I’ve got a pair of Bastion pants with a zipper that’s as fucked up as three-eyed baby, and there’s a difference (in our experience) between the sizing of a Combat Pant and the xFunctional Pant. That sort of inconsistency between styles of mere mortal gear would turn us off, but not in the case of Dead Bird. We just make sure we’re careful what to order – the quality is worth the additional effort.

So, back on task. We’ll give you an example of two things we like. First, the Naga Full Zip. The Naga originally came out something like four seasons ago. Those first iterations were purpose built, super technical and “mission fitted” (which meant they were sized mostly for famine victims). If you had any meat on your bones at all (or had even the most passing familiarity with weights) you had buy one or even two sizes up, even if you only wanted to wear it under your body armor rather than as a stand alone outer garment. The Gen 2 was a little more relaxed, but you still had to size up if you were going to wear it recreationally or if you were a fat bastard. Not anymore. The new Naga Full Zip features Polartec Hardface, which is sort of a hard fleece that’s kinda like a soft shell, and it has a much more generous fit (including their “power stretch” material). It has a full zipper, zippered pockets and a low profile hood with separate collar, making it the first truly “everyday wear” garment Arc’teryx has released.

That’s a Good Thing, because we were gonna buy one anyway. 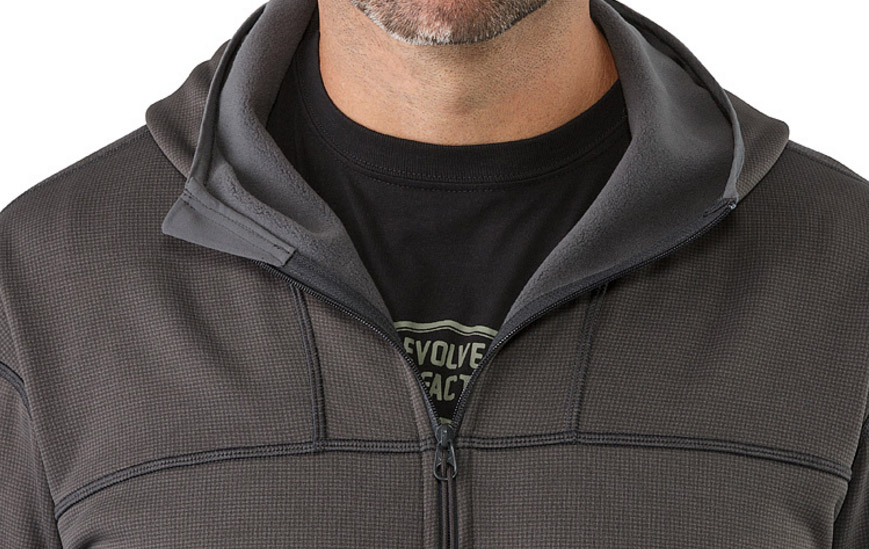 Now on to the xFunctional “Cross Functional Pants”. A lot of people have described these as “the perfect range pants,” and they may be right. Some people will complain that they don’t look low profile enough, but in today’s day and age, with the proliferation of cargo pants and outdoorsy pants and whatnot, I personally think that’s just a complaint for people looking to complain. They’re easy to move in, have a gusseted crotch and articulated knees, with reinforced belt loops if you need to run a gun belt of some king (overtly or low-pro, whatever). Think of ‘em as non-operator operator pants, like a LEAF version of the Bastions maybe? Maybe more like dungarees? Guys who backpack will like them as much as guys who shoot who’ll like them as much as the stocky, short-haired women who shop in LL Bean catalogs. They’re not terribly expensive either, though they’re not SEARS corduroys so you’re still gonna spend some ducats on ‘em.

Current colors available are “Terra” and “Greenstone,” and be aware – they’re pretty roomy. Not MC Hammer roomy, but enough so that our minions went back for the next size down from what they normally wear. Except for one fat bastard who hasn’t been rucking like he should, but we won’t talk about that, or mention any names.

Here’s a video about the xFunctional Pant AR from the Arc’teryx folks themselves. Check it out.

Here’s one about the Naga Full Zip from them nice folks over at Tactical Distributors.

This isn’t LEAF — they don’t have an IG account for some reason. But it’s still a good one to follow. Find ’em online here and on Facebook here. 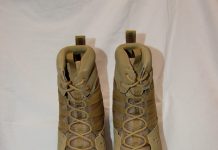