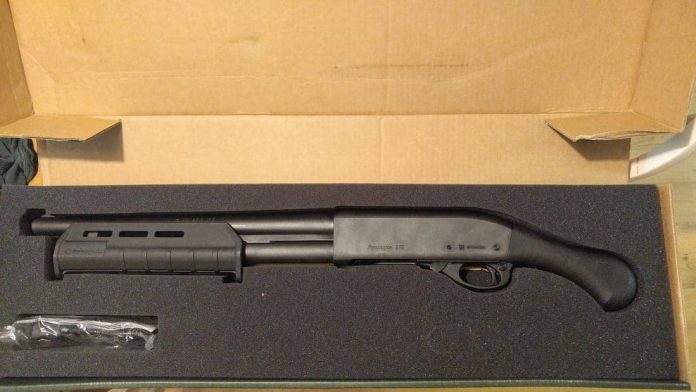 The Mossberg Shockwave made a big splash at Show Show 2017. It proved that in the time of AR 15s, high tech handguns, and SMG wannabes that shotguns can still be cool. Although, it’s not a shotgun legally. Shortly after Shot Show Remington announced they were throwing their hats into the “it’s not a shotgun” category with the Tac 14. I was personally pumped. Competition is always a good thing in the firearms industry.

I was excited when a Tac 14 finally came into my local gun store, it didn’t even hit the shelves before I had to have it. My first thought was Remington put a lot of effort in the package and presentation of their little gun. It came in a nice sturdy cardboard box that came with a custom cut section of foam to hold it securely. 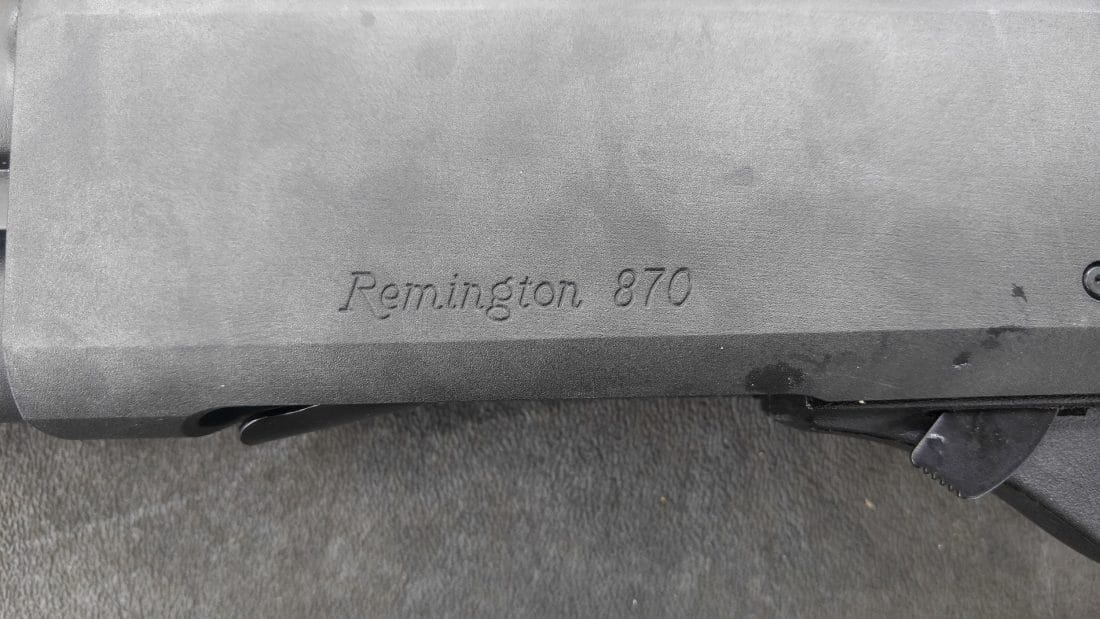 The fit and finish were superb. The action was tight, as was the pump. The dark oxide finish is a nice touch. The gun is pretty simple, it’s a 14-inch barrel Remington 870 with a Shockwave Raptor grip. We wrote about the legality of these firearms here.

As a quick refresher the gun has to remain over 26 inches overall or it becomes an AOW, which is an NFA regulated weapon.

The Tac 14 is an 870 Express trimmed to a much more compact size. The Remington 870 receiver is made from a chunk of billet steel. The gun has twin action bars which prevent binding, and gives the gun a smooth action. The pump feels like it rides on ball bearings. The Tac 14 is fitted with a simple bead that’s quite large and easy to see.

The Tac 14 does have a capacity of 4 + 1 2 ¾ inch shells and is outfitted with a Magpul pump. I really like the Magpul pump because it is modular and you can attach accessories directly through M-LOK. If you are going to be shooting heavier loads I will suggest investing in a forward grip. I’ve attached one to both my Mossberg Shockwave and now my Remington Tac 14. It really aids in controlling the gun. It’s also good to ensure your hand doesn’t slip off the gun when firing rapidly. 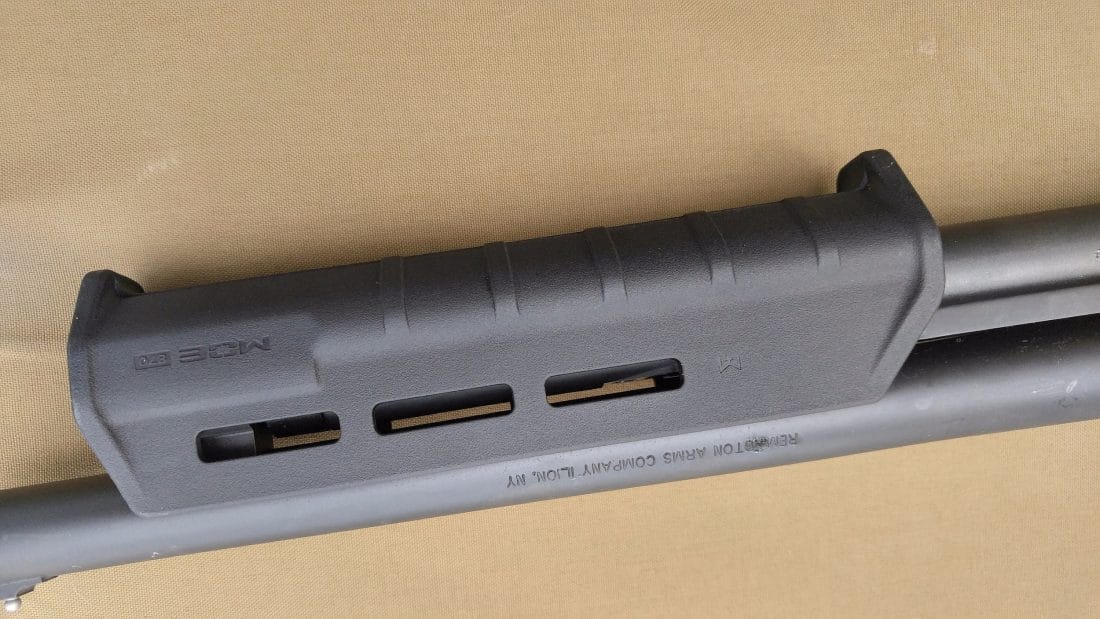 There’s just something about these guns. Whenever I’m on the range turning money into noise I can’t help but have a smile on my face. Maybe it was because as a kid I was fascinated by the U.S. Marshals and they used “Witness Protection” model 870s. As a Remington it’s the closest to the Witness protection I’m going to get with an off the shelf gun.

Firing this ‘not a shotgun’ is surprisingly comfortable. Most pistol grip shotguns come with a reputation for being painful and hard to control. The Bird’s head design helps mitigate recoil, and keeps it from being a wrist killer. 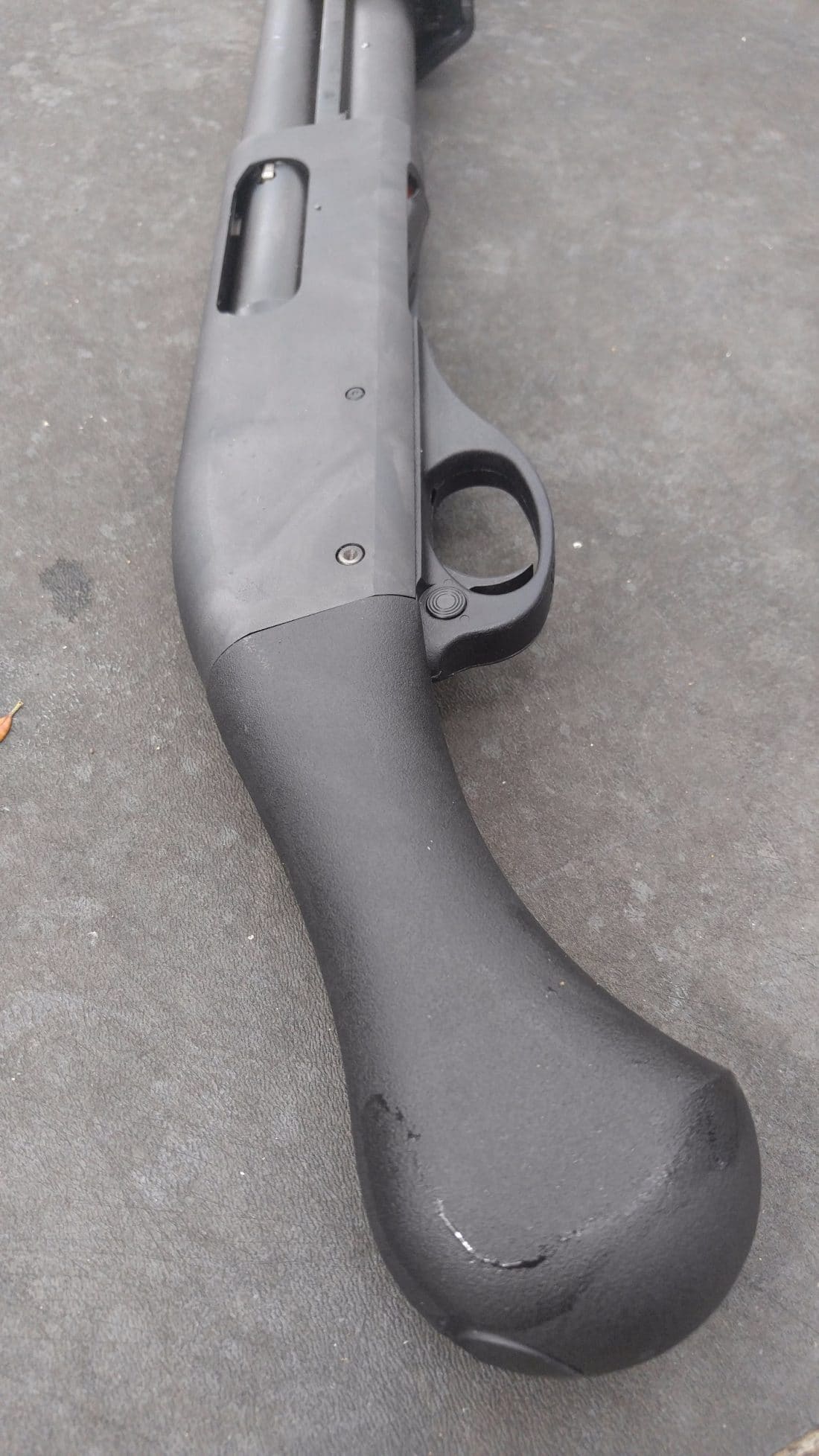 Full powered buckshot loads aren’t bad, but reduced recoil is a heckuva lot more comfortable. Fiocchi reduced recoil shells are what I’ve been putting through it, as well as Federal birdshot. The recoil impulse is more upwards than rearwards and the pump is slick so it can get away from you easily without a foregrip.

The Tac 14 is a bit hard to aim as you’d imagine from the lack of a stock. This is a pure close quarters weapon and you are severely limited in effective range. Hitting man sized targets at 20 yards is really pushing this thing. Also, firing fast isn’t that easy, and a stocked shotgun is a much more effective weapon. However, the Tac 14 is a lot more fun on the range. 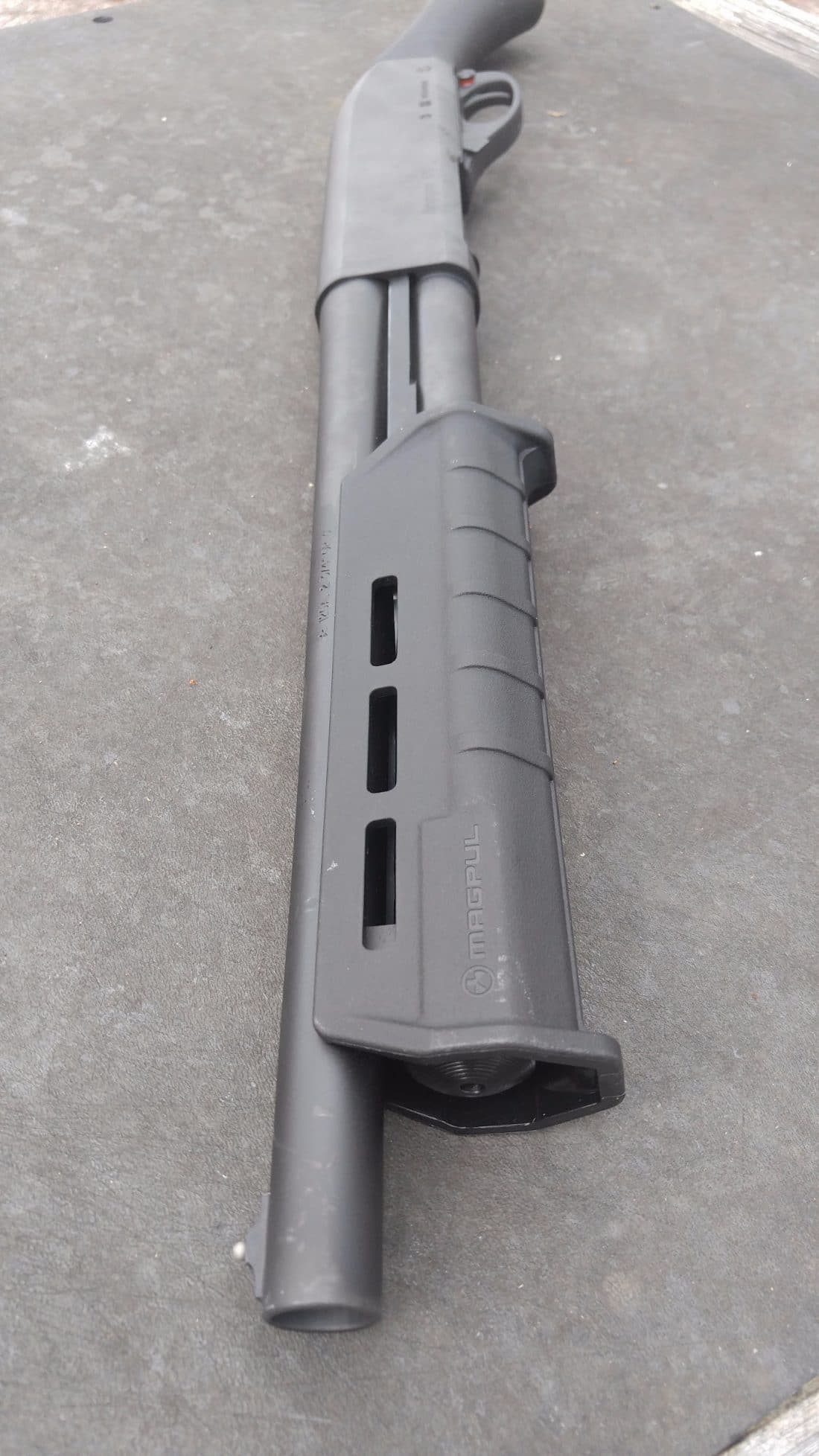 One thing I really wish Remington included was tapping and drilling the receiver for a scope mount. A miniature red dot optic would be absolutely perfect for this gun. 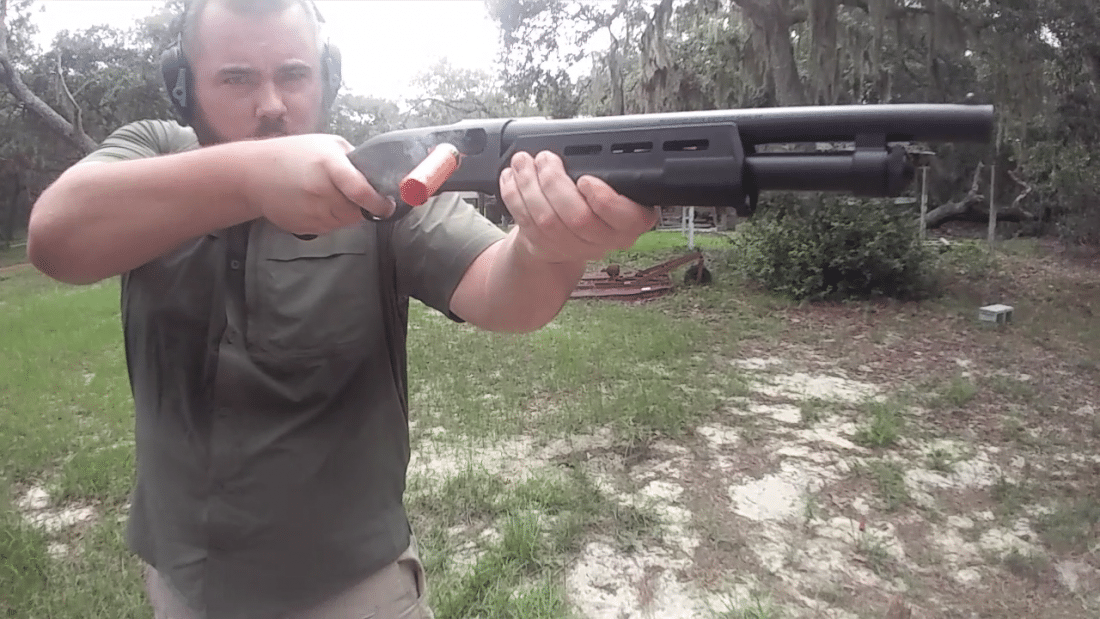 Over the last hundred rounds of cheap Federal birdshot, 50 rounds of Monarch birdshot, and 60 rounds of Fiocchi low recoil buck I haven’t experienced any failures to eject, extract or fire. That’s not a high round count, but shotgun ammo isn’t cheap, and firing this weapon for extended periods will fatigue you. For a fun gun, it’s enough to say it works, and it works well.

Purpose?
I think I’ve said it pretty well, the purpose of this gun is for fun. Sometimes you need to go the range, blast a little ‘Pistol Grip Pump’ by Rage Against the Machine and turn money into noise. Would I suggest this as a home defense gun? I would recommend a stocked version with an 18 inch barrel over the Tac 14. If you are deadset on the idea of this as a home defense gun, it’ll work. It’s certainly not the worst defensive weapon.

Overall the Tac 14 is a lot of fun, it’s a big, heavy, hard recoiling, 12 gauge that is a challenge to control and shoot. If you want a sub 400-dollar fun gun you can’t really go wrong here.