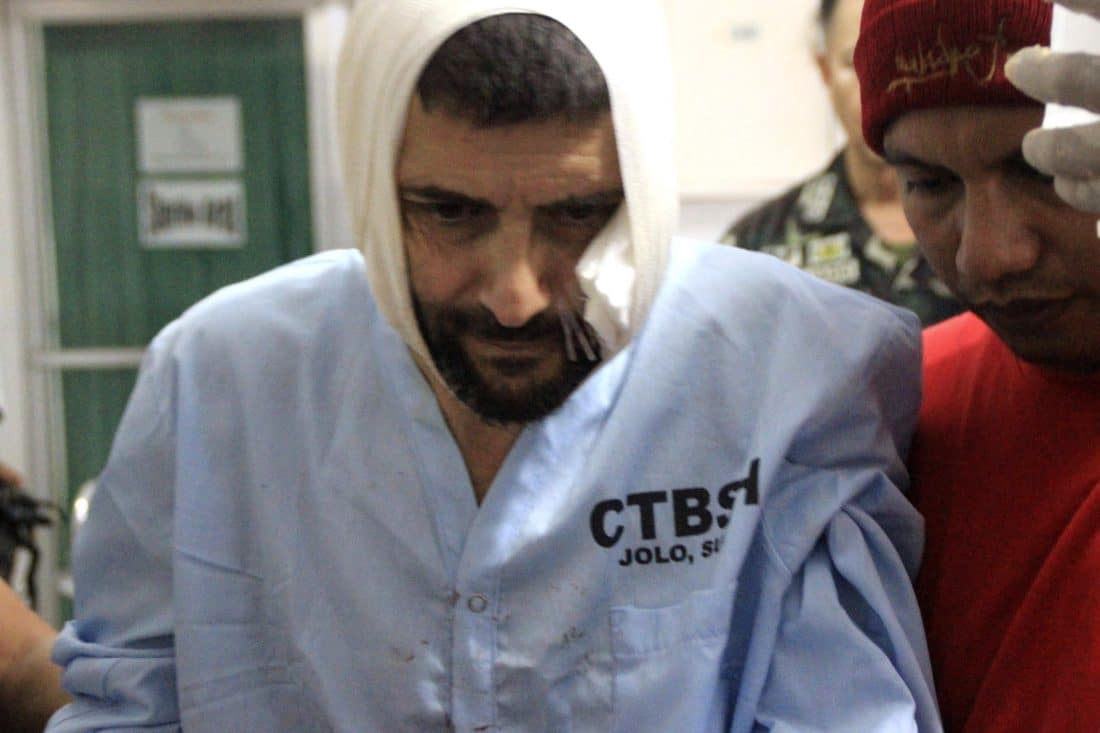 A Swiss wildlife photographer escaped from Islamist rebels in the Philippines on Saturday, killing one of them with a machete as he made a break for freedom during a clash between the insurgents and government troops, a Philippine officer said. Rebels of the Abu Sayyaf group kidnapped Lorenzo Vinciguerra, 49, in the southern Philippines more than two years ago. Vinciguerra made a grab for his guard’s machete during a clash between troops and the rebels, Colonel Allan Arrojado, commander of the army’s Joint Task Group on the island of Sulu, told reporters by mobile phone text message.

“He dashed while other bandits were shooting at him,” Arrojado said.

The Swiss man was wounded on his left cheek as he wrestled for the machete, finally getting hold of it and slashing the guard on the neck, Arrojado said. “He dashed while other bandits were shooting at him,” Arrojado said. Vinciguerra was being held with Dutch national Ewold Horn, 52, and shouted at him to run but the Dutch man had been “very sick and very weak” and unable to escape, Arrojado said, adding there was no word on Horn’s whereabouts.

Switzerland’s Foreign Ministry said Vinciguerra was in good health considering the circumstances. He remained in the custody of the Philippines armed forces and would return to Switzerland as soon as possible. The ministry said in a statement that it greatly regretted that Horn was “still in captivity”, but did not elaborate.

The Philippines armed forces said five militants were killed and seven wounded in the firefight. The military launched an offensive against the Abu Sayyaf in October after the rebels released two German nationals they seized in April.

Rebels from Abu Sayyaf are the most notorious of several rebels factions in the Muslim south of the largely Christian Philippines. They are experienced rebels with terrorists tactics.