Anyone familiar with accounts of the Great Patriotic War cannot but help note the emphasis given to sniping by the Soviet army. Post-war, that emphasis remained undiminished, and to carry out the sniping role the Soviets developed what is widely regarded as one of the best contemporary sniper rifles. This is the SVD, sometimes known as the Dragunov.

The SVD Dragunov first appeared in 1963 and ever since has been one of the most prized of infantry  trophies. It is a semi-automatic weapon that uses the same operating principles as the AK-47 assault rifle but allied to a revised gas-operated system. Unlike the AK-47, which uses the short 7.62-mm (0.3-in) x39 cartridge, the SVD fires the older 7.62-mm x54R rimmed cartridge, originally introduced during the 1980s for the Mosin-Nagant rifles. This remains a good round for the sniping role, and as it is still used on some Russian machine-guns, availability is no problem. 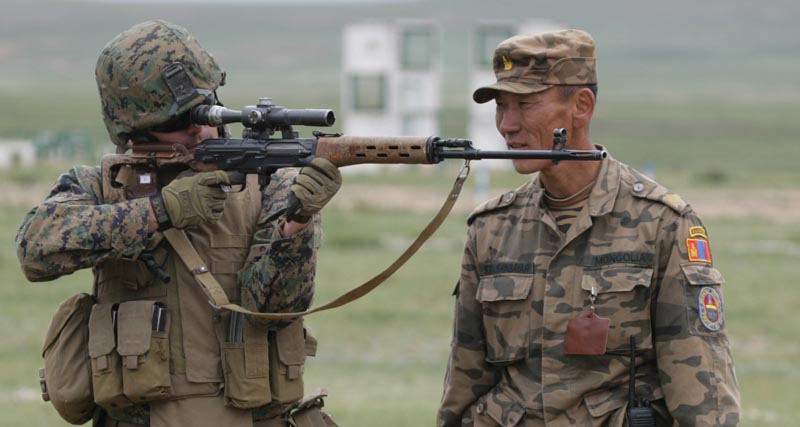 The SVD has a long barrel, but the weapon is so balanced that it handles well and recoil is not excessive. The weapon is normally fired using a sling rather than the bipod favoured elsewhere, and to assist aiming, a PSO-1 telescopic sight is provided. This is secured to the left-hand side of the receiver and has a magnification of x4. The PSO-1 has an unusual feature in that it incorporates an infra-red detector element to enable it to be used as a passive night sight, although it is normally used in conjunction with an independent infra-red target illumination source. Basic combat sights are fitted for use if the optical sight becomes defective.

Perhaps the oddest feature of a sniper rifle is that the SVD is provided with a bayonet, the rationale for this remaining uncertain. A 10-round box magazine is also fitted.

Tests have demonstrated that the SVD can fire accurately at ranges of well over 800m. It is a pleasant weapon to handle and fire, despite the lengthy barrel. SVDs were provided to many Warshaw Pact and other nations and the weapon was used in Afghanistan, some ending up in the hands of the Mujahideen. It seems reasonable to assume that te SCD remains in use in Russia and with other former client states of the USSR. The Chinese produce a direct copy of the SCD and offer this version for export, quoting an effective range of 1000 m (621 ft). 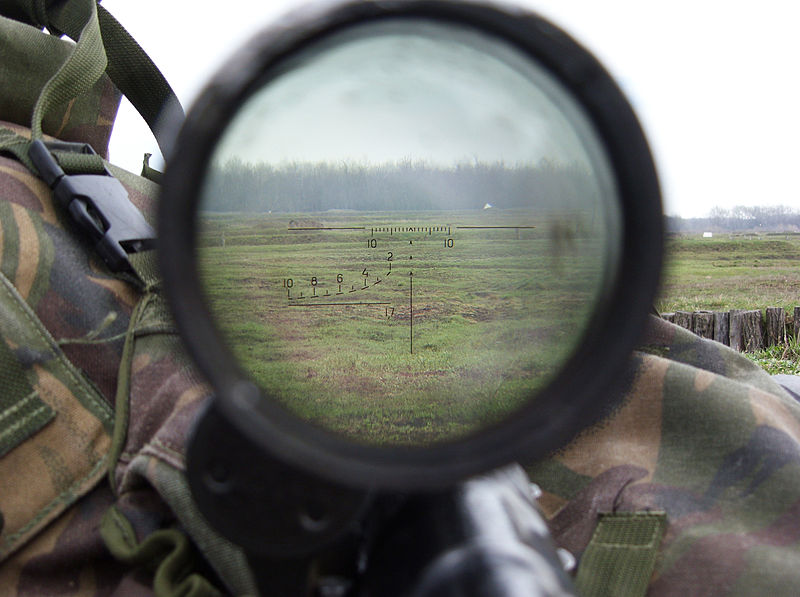