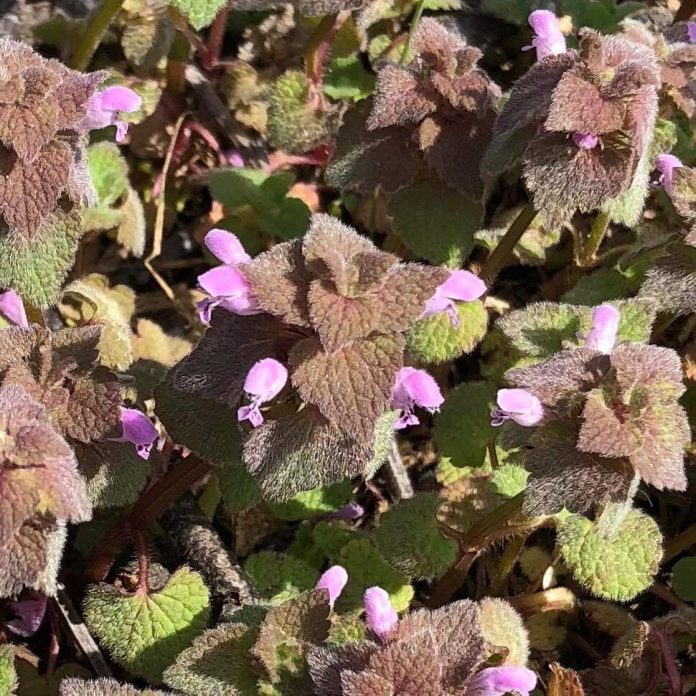 Winter turns to Spring. Spring turns to Summer. Summer turns to Fall. Fall turns back to Winter. There is a rhythm to the seasons and the earth. It’s rather comforting in its regularity. It’s so regular, that once you get used to the rhythm you can start paying attention to what’s going on around you in your little corner of the world.

In my little corner of the world when I started paying attention, I noticed plants and foods I didn’t notice before. In a survival situation this can be an invaluable skill. It is a skill I am working on cultivating, and you can too.

We don’t think about it these days when we can skip on down to the Kroger for groceries whenever we feel like it, but spring could be a hungry time for our ancestors. Newly planted crops wouldn’t produce for months. But by spring the winter food stores were almost exhausted, getting monotonous, and/or starting to go bad. People were starving for fresh foods (or just plain literally starving).

Fresh wild spring greens and pot herbs were a welcome treat to break up the monotony, fill empty bellies, and help stave off nutritional deficiencies like scurvy until the new crops came in.

The wild plants our ancestors used for food in the spring were not esoteric deep woods stuff. I’m talking about “weeds” you probably already have growing in your yard (and that you’ve been previously trying to kill off). I live in a subdivision, on a third of an acre lot, in the Appalachian region, at about 1200 feet of elevation, and this free food is in my own yard. So it’s probably in yours too.

It’s important to note that I don’t use herbicides or pesticides in my yard (or fertilizer for that matter). I also don’t have a dog, so whatever grows on my property is unlikely to be contaminated with “stuff” (except around the edges where neighbors walk their own dogs – ARGH) So be careful where you choose to forage for ground-based edibles and be mindful of potential contaminants. Of course in a true survival situation you may not have the luxury of being choosy.

My lawn such as it is, is not a grass monoculture, but rather a mishmash of some grass and some of whatever popped up from the cow pasture that was here 30 years ago. So far the HOA hasn’t complained as long as I keep it mowed. In the early spring, that set of circumstances allows a variety of non-grass edibles to pop-up into my green space.

So, what are some late winter/early spring edibles in this particular environment? And how do we identify them? I started with internet searches and photographs, and then my daughter gave me a wild food book for Christmas last year.

Obligatory Legal Disclaimer:
I am not a professional plant biologist. I am passing on information about identification and edibility from seemingly reliable internet articles and published books. But pick and consume anything at your own risk! I am not your mother or your lawyer (or your doctor for that matter). So let’s all be responsible adults.

Let’s start with the most surprising entry. Hosta is a shade-tolerant ornamental that appears in many people’s landscaping. But did you know you can eat it? I didn’t. Well, let’s be specific in that it’s edible for HUMANS. It is toxic for dogs and cats however.

Although they are considered ornamental landscaping in the U.S. , Hostas are purposely grown as food in some parts of Asia. I don’t have any Hostas in my yard, but I may covertly scope out some of the neighbors’ yards.

Apparently if you cut the shoots very young, they will start over and grow back. So you aren’t actually ruining someone’s yard (or your own) by harvesting Hosta and eating it. This article recommended a quick sear of the cut shoots for a taste between lettuce and asparagus. Some Asian recipes do them with tempura. The flowers are edible too, in addition to the early tender shoots.

So even if your neighborhood gets depopulated in the Zombie Apocalypse, you can know that though your neighbors themselves were useless, you can at least survive on your neighbors’ landscaping for awhile.

This one gets my vote for most intimidating name. I found this pretty little weed in my own yard last spring, looked it up in my book, and then ate some as a salad garnish just so I could say I did.

The “dead” part of the name just means that its hairs don’t sting (UNlike stinging nettle – although that is edible too). This weedy member of the mint family is actually quite pretty from a distance as it produces tiny purple-pink flowers and the leaves are also dark purple-ish. Purple Dead Nettle can turn a brownish patch of spring lawn into a colorful and interesting display in the early season, and it can also brighten up your window garden salad as a garnish.

Some people also use Purple Dead Nettle as a tea or in smoothies as it is reported to be high in Vitamin C. I didn’t personally find the flavor to be much above dirt (technically described as “earthy”), but if one is starving one eats what one can find. It is free in the yard and it IS a pretty garnish.

If I can stick a finger in the HOA’s eye by calling this survival weed a “decorative ground cover” I’m gonna do it.

Purslane is another “weed” that is highly edible. It shows up in lawns, gardens, and disturbed soil by about mid-spring. It has a small, paddle-shaped succulent leaf, grows wild in flat mats, and produces tiny yellow flowers in mid summer. It has been cultivated on purpose as a food crop in past centuries.

Purslane is noted to be high in Vitamin E and Omega-3 fatty acids. It is also rich in beta carotene, Vitamin C, and several other minerals and trace nutrients.

Purslane leaf, stem, and flowers have a slightly tangy flavor and can be eaten raw in salads and cooked in soups. One reference even recommends it blended as part of a wild green goddess salad dressing.

So before you grab the chemicals to kill that weed in your sidewalk – check to make sure it isn’t Purslane. Maybe that weed is really a nutritious survival food that you’ll want to keep around!

Speaking of yard weeds – let’s talk about Red Clover. Most people think of Red Clover as mere animal fodder (if they think of it at all). But Red Clover has been a nutritious “people food” for centuries – if not millennia.

The flowers seem to be the most popular portion of the plant because they are slightly sweet. But young leaves harvested before flowering have a mild green pea-like flavor and seem to be popular in a variety of fresh greens applications, in addition to being cooked in soups and teas.

Red Clover contains vitamin C, niacin, thiamin, calcium, phosphorus, and other trace minerals. It also contains isoflavones. So don’t overlook this “weed” as a source of hard times nutrition, either.

I don’t think I know anyone who hasn’t seen these “weeds” pop up in the early spring grass – generally standing taller than the grass at least temporarily. And if you haven’t seen them, you’ve undoubtedly smelled them on the first grass mow of the season. This is Wild Onion and Wild Garlic.

Generally speaking, if it smells like garlic or onion, it IS garlic or onion and is edible. These members of the Allium genus all have that spiky green foliage that is familiar to garlic and onion lovers. There are a few toxic look-alikes, but they don’t have the characteristic smell, so let your nose lead the way.

All parts of the wild onion/garlic plant are edible, so feel free to use it from bulb to tip, in any recipe where you would use the domesticated variety.

Finally, no survival food list would be complete without the much maligned Dandelion.

Believe it or not, Dandelions were actually introduced into North America. They originated in Eurasia and didn’t grow here naturally until Europeans brought them. Dandelions are remarkably tenacious and prolific. Anyone who has blown the seeds away from a mature puffy dandelion flower can see how easily the plant spreads. In addition, individual plants can live for 5-10 years!

But the payback for the longevity and spread is that virtually every single part of the Dandelion is edible.

Greens – In early spring, the greens can be harvested for salads, smoothies, etc. The leaves are best before the plants flowers, after which they become more bitter, but they remain edible even after the flavor deteriorates.

My grandmother served spring dandelion greens with a hot bacon dressing, but they can also be used in pesto, soups, frittatas, etc.
Like other dark green leafies, Dandelion leaves are high in Vitamin K, so don’t eat boatloads of it if you on a blood thinner such as Coumadin/warfarin. Other nutrients include Vitamin C, beta carotene, calcium and iron.

Flower heads – Last spring I made dandelion jelly out of the flower heads, and then baked dandelion cookies with the leftovers. Flower heads can also be battered and fried, or even made into wine. Yes – wine. Now I’ve got your attention, don’t I?

Roots – The taproot of the dandelion – when dried, roasted, and ground – has been used as a coffee substitute by numerous of our ancestors. The roots can also be cooked like carrots or parsnips, or added to soups like any other root vegetable.

It’s a bit of work, but given all of that, why not surrender your lawn battles and learn to make friends with the Dandelion?

So – right here on this page are six very good reasons to put away your herbicides and pesticides and get to know the “volunteers” in your own backyard.

When managing your green space, the bottom line lesson is – humans can’t digest grass. So pay attention to what is already around you and prepare accordingly!