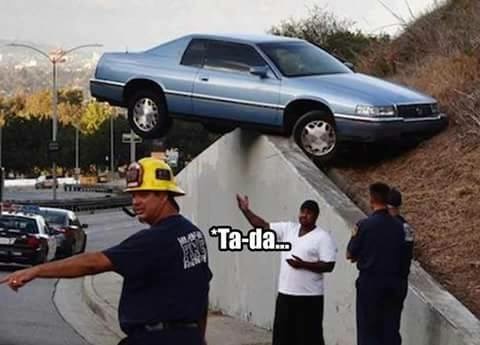 Timothy Wilks reportedly approached a group of people with butcher knives as part of the ‘prank.’

Timothy Wilks, a 20-year-old man, was fatally shot while filming a prank robbery video for YouTube.

The incident occurred in the parking lot of a string of businesses in Nashville on Friday night, wjhl reported.

Wilks, along with a friend, reportedly approached a group of people with butcher knives during what was supposed to be a “prank robbery.” A person in that group, David Starnes Jr., 23, fatally shot Wilks, NBC News reported. Starnes Jr. told detectives he was unaware of the prank and that he was acting in self-defense of himself and others, according to a statement by the Metropolitan Nashville Police Department.

Why!? Why are ‘Murder’, or ‘Robbery’, or ‘Kidnapping’ “pranks” still a thing? Why, under all that is sacred and sacrosanct in this world, do we still consider it funny to make people fear for their lives? Didn’t enough clowns (both formal and figurative) get shot and beaten back in 2016 to prove that messing with people outside a controlled environment is fatal?

We as a society, we as a species, get a thrill off surviving. Survival instincts are strong within us and harken back to the days where we were in much closer placement to other apex predators on the food chain. In modern times this has developed into using fear for fun, it triggers that survival high when nothing ultimately bad happens to us.

We have entire industries devoted to recreational fear. Horror movies, horror games, haunted houses, scare parks, fright nights, and so forth. We have monetized our base terrors for fun. Do you comprehend how crazy advanced that makes us? Even skydiving and bungee jumping, hell even roller coasters are part of the recreational fear market. ‘Thrill’ rides.

Fear can be fun… When it is contextualized.

The careful regulation and contextualization of the Recreational Fear market space

Look, when we start playing with fear we are playing with rules… not laws, rules. Rules of instinct as we purposely trigger the survival responses of our base psyche.

Woe unto thee who forgets that one of those responses… is violence. And it is a particularly effective one, kill the thing that wants to kill you. It is such a deep effective rule that every major animal species on the planet will bite, claw, gore, kick, or otherwise lash out at you in its own defense when it is threatened.

We are deliberately triggering this reaction, this response, for a recreational payoff. It is high risk. Much higher without context.

Context is key, especially in recreational fear. You are playing with survival instincts.

I do not patronize my grocery store, a restaurant, or any other business, expecting to be confronted by an armed ‘YouTuber’ in a fake robbery for the fun of it. Out of context fear pranks are the dumbest shit on the planet. You are asking to die. You are deliberately triggering fight or flight without the safe contextualization that triggered participants are willingly part of the experience.

You want an oblivious audience for your prank? Make it a fart joke, not touching off the primal violence instinct deeply developed for eons in order to keep the species alive.