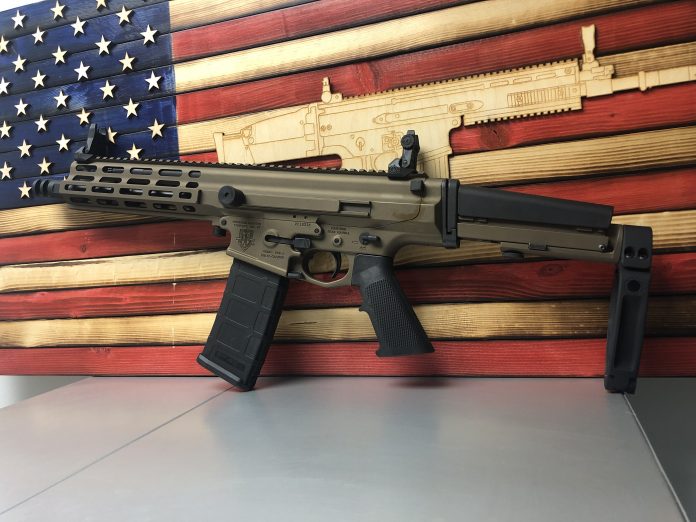 Took me into the city…

To see the gun store shelves…

And before 2003 they were a sadder.. darker place. Roll forward a few years into the SCAR competition, the sunset of the Assault Weapons Ban, and people were starting to find their way again in the world of modern rifles again. The SCAR competition kicked off that first great 21st century push into the market. A huge new expanded domestic market was awakening and companies were slowly figuring it out.

A younger me followed it all with unbroken attention as the industry giants Colt and FN went in. The FN SCAR ended up in Battlefield 2 in its goofy very fishlike early variant for the expansion pack. What a time to be alive.

Alive and a poor kid.

And then I read about this small company in Utah that threw in with the heavies to design a rifle for SOCOM. This crazy guy named Alex Robinson thought he could pull a Gaston Glock and *boom* new service rifle.

I loved it. A small innovator solving a problem by building a worthy machine. Pure Americana.

That did nothing to stop me from wanting Alex’s new rifle. I was hooked by the core concept of the system, which in hindsight was a little overambitious and unnecessary from all the submitters.

Quick change barrels in the field! Go from CQB to DMR in XX seconds… nah, we went to far.

But at an armorer level that’s all we could ask for in life. Easy change barrels with easy tools and easy torque specs… sing the praises!

Anyway, the XCR was a platform that bit high but didn’t make the cut. It also had issues. You can dredge the internet to find them, they’re out there.

But Robinson Armament kept grinding and grinding. They didn’t stop improving their gun. They quietly kept on doing their thing while the AR Market exploded and then sifted into its component factions.

When 6.8 SPC II was the hotness they did it.

This has evolved into five receiver lengths. Six calibers options. M-LOK or Keymod in a number of finishes. All wrapped around an adjustable gas, full stroke piston, side charging, non-reciprocating, ambidextrous operating system.

Words. Lots of them.

In short, Alex Robinson and the team slogged through the trenches of keeping a product supported, customers supported, and continuous improvement on a system that launched and had to hold its own in an uphill field. A small team did what companies like Sig Sauer have veritable armies to accomplish. The XCR has survived in an unforgiving market that has silenced hordes of small products the couldn’t make it on merit.

The Kid in Me

I couldn’t be more excited. This is the first gun I wanted hard.