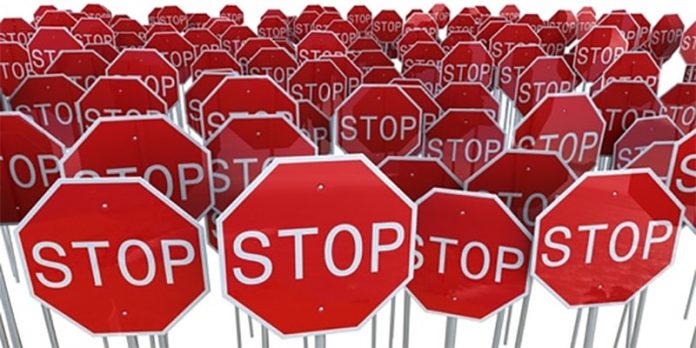 It’s rare for me to rant but after the responses I’ve seen to the latest series of shootings, police involved and otherwise, I can’t stay silent. So here is some digital ink on the topic of False Equivalence and just how out of control that is today.

What is False Equivalence? It’s a logical fallacy where you link two arguments based on a shared premise of some sort. The premise does not have to be strong OR substantiated, just enough to sound good on the surface, usually a result of oversimplification. The opinion giver will usually use this to project a sense of authority or expertise that doesn’t exist. This may not be a conscious effort on the part of the opinion giver so I’m not ranting against the opinion giver. I’m angered by how easy false equivalency has been allowed to run rampant, in large part because of social media and the “comment” button.

Ladies and gentlemen comments and opinions are only so valuable, they have limits. Their great value is in expressing what we think but not how accurate our thinking is or how informed our opinions are on a given subject. False Equivalence lends a fallacious strength to arguments that shouldn’t be there. So please… stop it.

Your opinion has no value unless it can be used constructively either through data presented or innovative application.

If your opinion is so devoid of substance that it can be summarized accurately as “cops shouldn’t shoot people” congratulations on wasting oxygen on hot air devoid of anything except the stench of whatever you ate last.

Several things have my ire up but the specific trigger was a supposed “combat veteran” of Afghanistan who stated that how police officers were conducting themselves in recent shootings was paramount to free range murder. The charge was that because they (the soldiers) had ROE’s (Rules of Engagement) in Afghanistan and he felt there was a disparity here at home there were no relevant rules of conduct for police use of force compared to military restrictions.

Ask any officer the accuracy of that analysis… I’ll wait.

Because a 13 year old was killed by the cops the cops are more out of control than even the military in Afghanistan! It takes more to shoot at ISIS than a poor kid on the American streets! And this from the mouth a “Combat” Veteran and is therefore beyond refute or examination.

Except it is not. It is not at all. The moment we stop analyzing and just vomit forth our particular “wisdom” we have a recipe to be wrong… very wrong. Just emotionally validated.

In that particular case, we’re talking about a subject which drew a weapon at close range on the pursuing LEO’s after failing to heed commands. In any city, in any country, or on any battlefield that will get you killed in a hurry by armed officers or military personnel who are not going to allow that weapon to come to bear on themselves or their fellows. The alternative is what we saw in Paris with unarmed officers fleeing real threats because they had no way to respond to immediate deadly threats.

You and I must dispassionately analyze each individual incident for facts, stop the lumping and categorizing and do it case by case! This is how we learn and find real causes, study solid trends, and avoid making bad reactionary policy decisions that cause further harm because they will need to be corrected with other wild half cocked policy decisions.

Keith Scott, a man in possession of a stolen Colt Mustang .380 illegally bought, who was almost certainly a prohibited person, had a documented history of violence against his wife and kids, and had the fact he illegally carried listed on the personal protective order his wife filed… anyone who believes this man was shot because of skin pigment is currently beyond reason and needs to walk themselves back. Stop… just stop… An armed person has a gun, does not drop the gun when ordered, and gets shot.

Why is credence given to the wife’s video as she lies on camera about her husband being armed? That was a lie, deliberate or not. Why did the narrative of him having a book get credence? Was a book found? Can anyone produce this book? Just like the “sandwich” another armed suspect was supposedly carrying shortly after the Michael Brown incident… when does a sandwich produce 9mm FMJ’s when squeezed and pointed at police officers?

This forced deliberate idiocy is creating a dichotomy throughout the nation, and the separation of the parts is sadly… logic. It’s becoming more important to jump onto your respective side and circle your wagons for the loud aggressive narrative of the respective sides than it is to figure out what happened in that incident and what lessons can be taken, if any, to save lives in the future.

So once again. STOP.

Look and listen, think, use that head to keep yourself out of trouble.