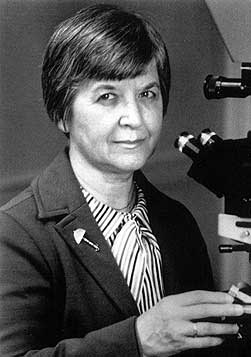 In 1965, 42 year old Stephanie L. Kwolek developed an especially hardy synthetic fiber, known today as Kevlar. On June 18, Kwolek passed away at the age of 90, but her invention lives on as one of the most reliable materials used in military armor. Kwolek made her discovery while working as a chemist for DuPont, which applied Kwolek’s research to the development of Kevlar synthetic fiber. As such, Kwolek was credited with the invention of Kevlar due to her part in its creation.

Kwolek received her degree at the Margaret Morrison Carnegie College, the all-women’s college of Carnegie-Mellon University. Although she had plans to attend medical school, her research on polymer at DuPont became her passion. Kevlar is used in several industries, and can be found in more than 200 applications, according to the Chemical Heritage Foundation. Kevlar can be found in military-grade armor, including helmets and gloves.

DuPont sought Kwolek’s research experience for the development of extremely durable fiber. Her research made waves in the research of material sciences. After the invention of Kevlar, Kwolek was awarded numerous honors and accolades, including induction into the National Inventors Hall of Fame in the mid-1990s.

According to friends and colleagues, Kwolek emulated the strength and reliability of her discovery.