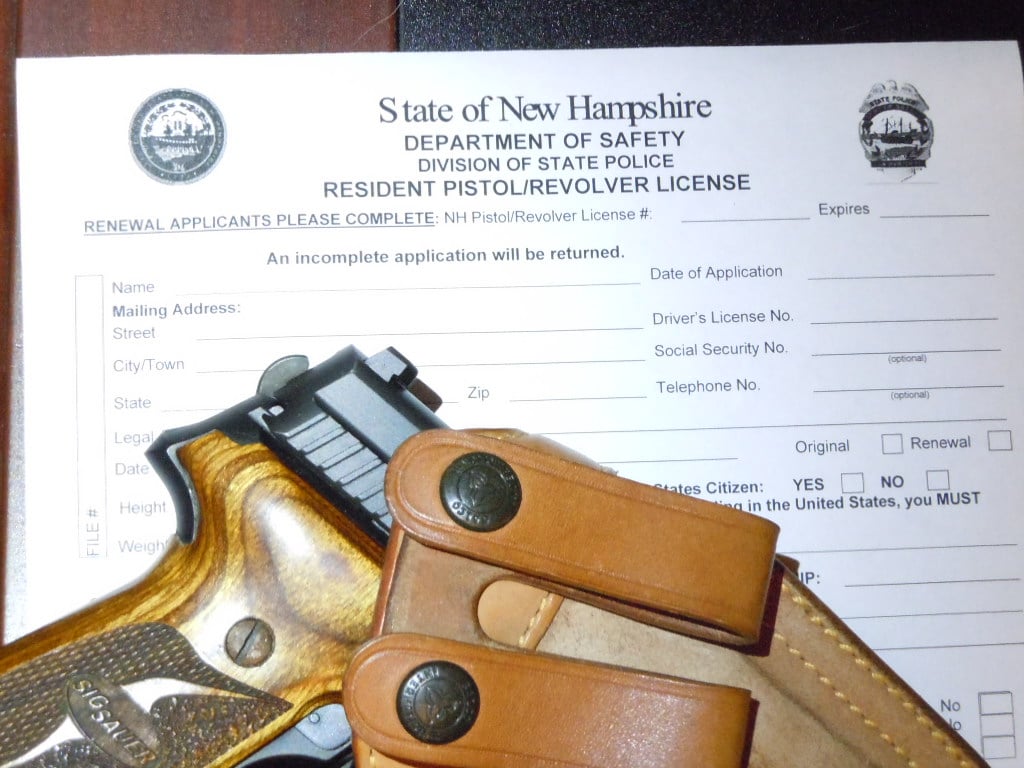 Under pressure from gun rights groups, New Hampshire’s Department of Safety has backpedaled on a number of changes it had planned for the state’s handgun applications.

In August, the state added three questions to the standard two-page pistol/revolver permit application needed to lawfully carry a concealed handgun in the Granite State. The questions, which some argue tended to be a repetitive series of questions, were challenged by a local pro-Second Amendment organization as being too vague and irrelevant to state law.

“Did the TSA ever mistake you for someone on one of the terrorism watch lists?” explained Jonathan R. Evans, president of the New Hampshire Firearms Coalition in an Aug. 11 post to the group’s site about the proposed new laws.

Evans continued, “Were you ever denied a pistol license in California or New York because the police chief didn’t think you ‘needed’ to carry a gun? Did you forget to write down the details of a Massachusetts pistol license you had back in the 80s? If so, with these changes to the application form, a New Hampshire police department could deny your application – even though none of these disqualifies you from receiving a license under the law.”

The three new questions included on the form, added to the middle interrogatory section of the first page read:

Evans argued that these questions, when taken with the information already asked elsewhere on the legacy form, could, “invite rogue police chiefs to deny permits for flimsy, insubstantial reasons.”

The Concord Monitor reports that the Department of Safety made the changes to its forms in August following suggestions received to provide the agency more information about applicants. However, following complaints from the grass roots organization whose leadership includes at least one state lawmaker, the agency decided to take another look at that form.

“We considered their complaints and agreed that from the perspective of an applicant filling out the form, their concerns were valid,” Department of Safety Assistant Commissioner Earl Sweeney said. “We didn’t take a critical enough read of those new questions, and the way one of them was worded, it could be misinterpreted by an applicant.”

Now, according to New Hampshire Public Radio, the new questions have been removed and the old form put back into service on the Department of Safety’s website.