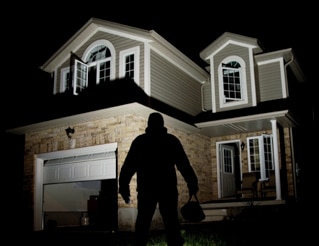 Detroit woman in the face with a 12 gauge. Read the entire article here.
In the article we discuss several factors that clearly indicated a dangerous situation. We approached it from a right to self defense and the clearly made bad choices on the side of Renisha McBride.

Today we want to take the counter points of what we know in regards to Mr. Wafer and what could have been done differently.
Mr Wafer was at his home at 4:42 am when Ms. McBride created a large commotion on his front porch. It is alleged that she was violently slamming the screen door to the point that it was dislodged. This report is inconsistent with the report that Ms. McBride was shot from behind a locked screen. It goes to reason that it is possible that Ms. McBride violently slammed the door repeatedly, Mr Wafer opened his solid door and locked the screen door after ti became dislodged. That is all just speculation however and inference. We will need to wait and hear the testimony to discover the truth.
Working from what we do know we can however put this into some form of order:

Only knowing this we can determine that had alternate choices been made this situation may have been avoided. I hate to play monday morning quarterback when dealing with these types of situations. Anyone who has ever been shot at or in a situation like this knows that your mental faculties are not as clear when your adrenaline is pumping your woken up and in a fight or flight condition.

However and I have said this over and over again. Training beyond the basic CPL instruction combined with regular practice will allow you to respond using muscle memory and a higher state of awareness. It is imperative that if you own a gun you know when and when not to use it as well as ways to mitigate your risk of a life or death decision. Check out more on that here.

Lets use this situation as a teach opportunity as opposed to a second guessing opportunity. We are going to make some assumptions for teaching that may or may not be applicable to this case as there is just so much unknown. Also I want to make it very clear that I am not a lawyer and I am not saying if you follow these steps you will be safe from prosecution. This is just an exercise of what could be done in a situation like this that both leaves you protected and limits the possibility of lethal force being needed.

You are awoken at late night/early morning to a person yelling and slamming at your door. What do you do?

1. Call 911 and alert the police to a possible intruder and request an ambulance as well.
This does a few things. It alerts the police so they can begin responding. It lets the police also know that you are responsible for calling them first as well as establishing a first line of contact with the police which often creates a perception of you being the victim. Calling the ambulance is good incase things go bad and either you or the intruder is shot. In some districts ambulance techs can respond faster then police. The sound of sirens arriving to your destination may be enough to ward off an intruder. In some cases like with Ms. McBride the individual may be injured and need help so an ambulance is always a good thing to call for.

2. Some will put this as item one that is your choice. Secure your family and retrieve your weapon.
A responsible parent will have a plan for a burglary/ home invasion like they do for a fire, tornado, earthquake or other possible disaster. Execute that plan quickly and quietly. Get your family to the “safe spot” where possible use true cover over just concealment. If you don’t know the difference learn it and implement it in your plan. Get your weapon and a light and make sure you are secured.

3. Asses the situation. Some would say you should do this first. However prudence IMO is the best procedure, prepare for the worst and the worst that can happen is you get in an extra practice if all turns out to be a false alarm. If you are on a second story and can obtain a view of your porch or location of disturbance without being visible do so. Determine the amount of people as well as any possible threat. If it is clear that this is a burglary attempt secure yourself as well as possible and defend yourself and family. However and again this is my advice only and not a legal opinion, do not make an attempt to shoot from the house to the outside. From this point on your really going to need to rely on your judgement and ability to determine the threat level.

4. If you feel that this is a non threat do not go open the door. If you put yourself in a vulnerable situation when a safe one “could” have been maintained you open yourself to scrutiny and prosecution. Attempt to speak to the person with the door locked, from a secured spot if possible offset from the door but not near a window. Inform the person you have called the police and that you are armed. Indicate you have no intention of letting them in and that they need to either move along or deal with the police.

5. If the person is not willing to leave then see 3 again.
Is this the gospel? No its not and it should not be taken as such. You need to evaluate what works for you and your family. What this does do is give you every possible chance to safely avoid a fight. You will always win the fight you are not in.

Some additional things to keep in mind.

I am not lawyer so this is not legal advice. 248Shooter and myself are not legal advisors or in a position to tell you how to react. This is my personal protection plan that is shared for discussion in the community and is not to be construed as legal advice.