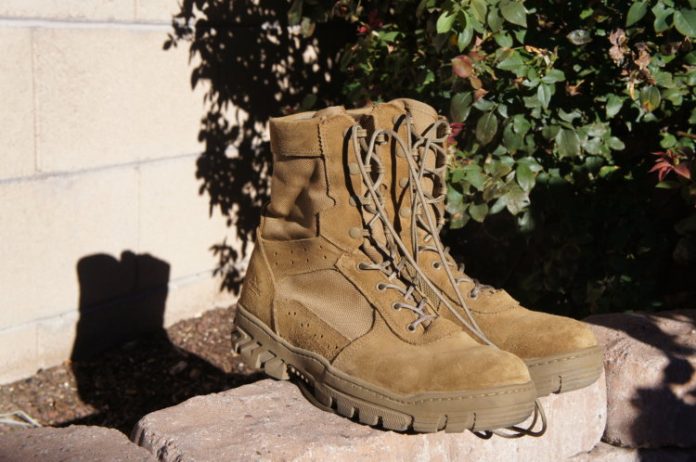 Really good boots are hard to come by. For the better part of the last 12 years of my life, I have worn boots to work. For the last 4 years, I have been very picky about what boots I buy. I have gone through five different brands in that span of time (the review of these boots notwithstanding). One thing I have learned is that rarely do high quality boots need to “break in” before they feel like quality. This is true with the most recent pair that I have had the opportunity to test, the Thorogood War Fighter boots.

The folks who craft Thorogood boots have been at it for a long time. In business since 1892, they still craft their footwear by hand here in the USA. The War Fighters arrived at my door in a box made specifically for this line of shoe. Packed and stuffed, they showed up blemish free and smelling new. I had some running around to do, so, as I typically do, I laced the boots up and decided to stroll around in them for the day.

The first impression I got of these boots came when I laced them up. With the last two pairs of boots that I’ve worn for work, I’ve snapped the laces. Of course they never break in a convenient place, they always snap on the lace somewhere near second from the farthest down. These laces are woven and very closely resemble 550 paracord. If you know anything about paracord, you know that these laces are not giving up anytime soon. When it came to actually lacing them up, I fed them through their steel eyelets and was instantly surprised at how smoothly they pulled through them. In a standard pair of boots, when you pull on the laces, you can hear the laces rubbing on the eyelets as they tighten. These laces pull tight with very minimal silent friction through the eyelets to the point of tightening. 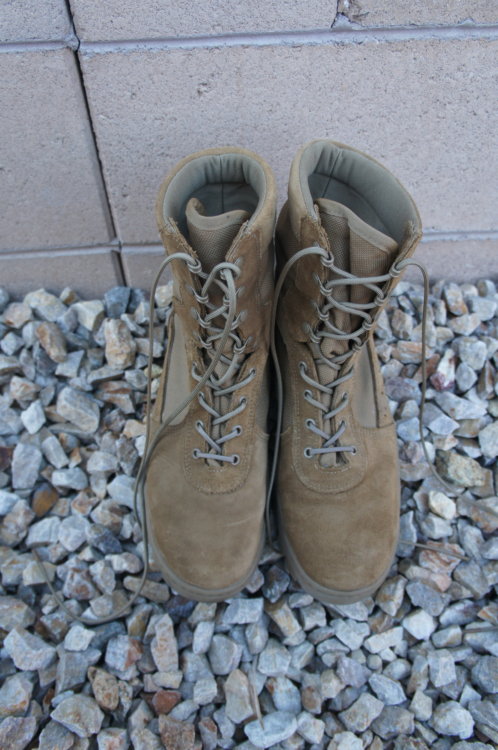 After getting the boots laced tight, the third point I noticed was their fit. I ordered a 12.5 wide (the wide is a nice option because it’s not available in a lot of boots). They fit exactly as they should from side to side and front to back. I did notice was that it felt as though I had a lot of room in the space between the top of my foot and the roof of the boot. Not so much space that it was sloppy or uncomfortable, but enough that I noticed it.

The insole provided with the War Fighters is not as comfortable as some other boots I’ve worn. These insoles are composed of comfort 125 polyurethane. They just aren’t as comfortable as some of the memory foam type insoles I’ve experienced before. Now, while not the most uncomfortable, a gel insole would make these much better for having them strapped to my feet for twelve hours and that added space allots room for added insoles.

A few steps in the boots and it’s apparent that you are wearing a hardy pair. The outer material of the boot is composed of leather and denier 1000 Cordura®. These are not the heaviest materials in the world. As you take a step, you can tell that all of the weight in this boot is in the sole. The sole is made of TC4 rubber and Vibram® material. There is an instant feeling when you look at the sole of these boots and see it stamped with “Vibram®”. They make some of the best stuff in the World for shoes.

Speaking of the soles, The War Fighters are made for practicality in the tactical world. The compound used is designed to be abrasion resistant so that they do not melt if you were to use them for fast roping. The tread of the boot is what I would describe as aggressive. I did not hesitate to trudge through the desert in them over sand and loose shale because they are designed to give you traction from heel to toe. The sole of these boots is thicker than most others I own. I like that in a boot, especially in a Vibram® material as it tends to take the shock out of landing on your feet from jumping or falling. 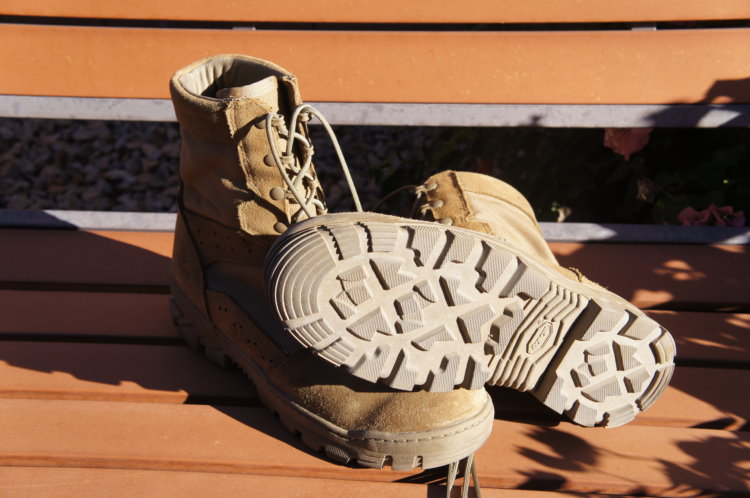 I mentioned the outer material of the boots already but one feature I did note is that they are well ventilated. In the past month that I’ve tested these, I’ve not once felt my feet sweating inside of them. They still smell new (which makes my wife happy). I have also noticed that they have no scuff marks on them. I was careful for the first week in them, which is a habit of mine. Since then I’ve been more lax about watching where I’m stepping and such. They have been rained on, my feet stayed dry and again, the boot still looks good. 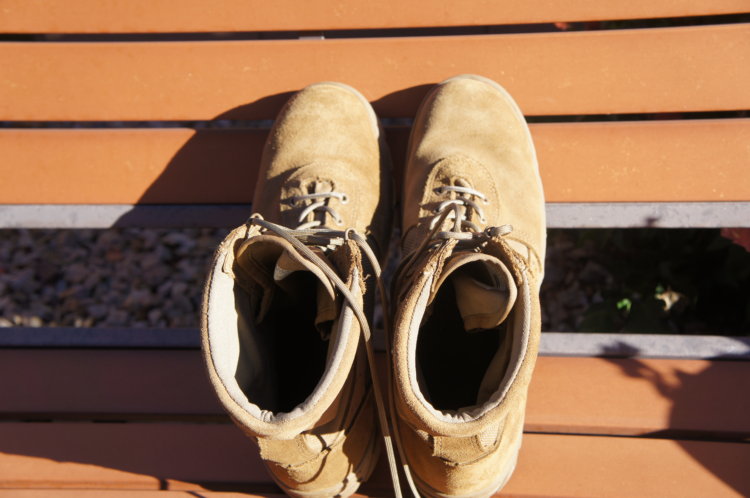 The liner of the boot is made of a Temper-Dri® material designed to be fast drying. As I said before, I have not noticed this inhibiting the breathability of the boots, which would cause one to sweat. The liner is also soft, comfortable and assists in making the boots easy to put on and take off.

The War Fighter boots come in an 8” height. I would describe them as a mid size boot. That height allows for proper ankle protection and stability once the boots are properly laced tight. 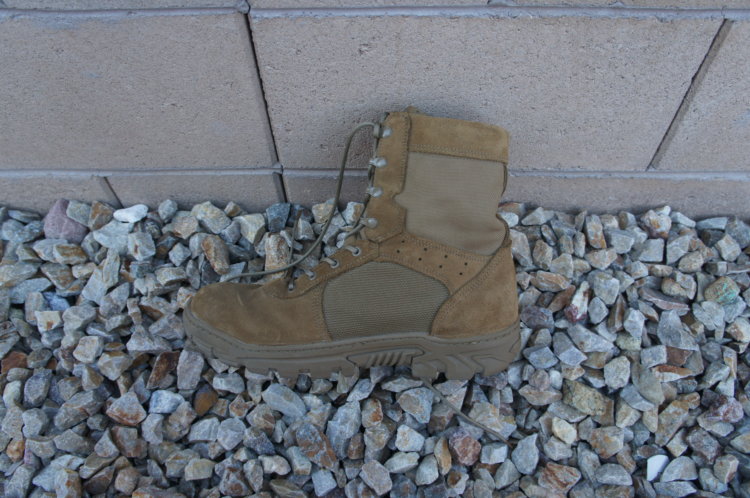 Pricing for the Thorogood War Fighter boots range from about $215.00 to $259.00 depending on where you look online. This price range puts them in the middle of the military grade boot market. When entering that arena, boots need to be made with high quality and have some unique features that make them field-viable. Through the process of testing these boots, I have found that the comfort of the liner, the breathability of the boots and the high quality Vibram® sole definitely deliver. 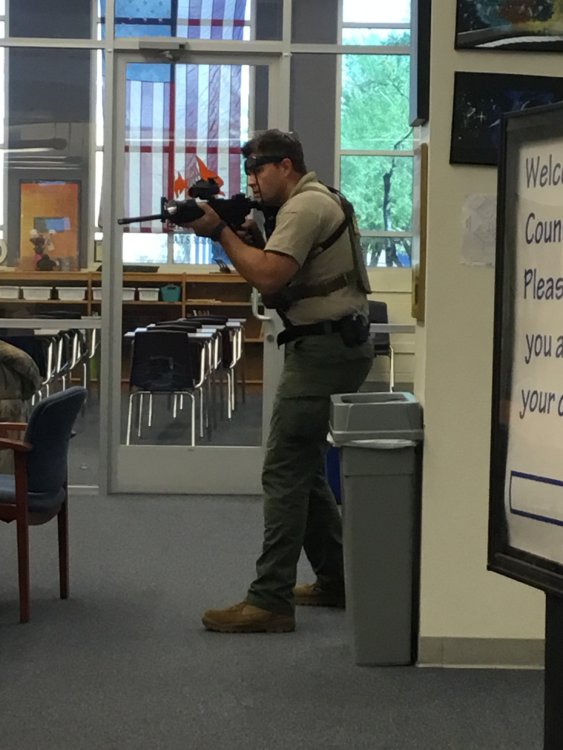 To see more from Thorogood or to find more information of the War Fighter Boots, click here! 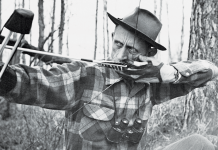