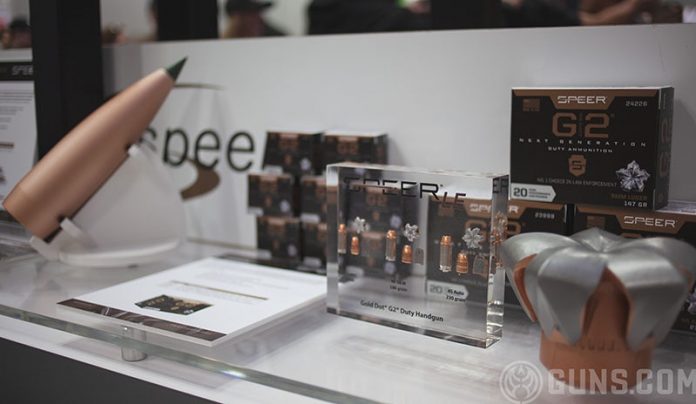 Introduced at the National Rifle Association’s Annual Meeting in Indianapolis, the Gold Dot G2 looks to bring a quality self-defense load to those serious about personal defense. The Gold Dot G2 features a shallow dish packed with what the company terms a “high-performance” elastomer which helps instigate a more uniform expansion on impact.

A Speer rep told Guns.com at NRAAM that the G2 is producing impressive results on the range. “It’s consistently beating everything else on FBI protocol testing. We’re pushing well over 400 on the scoring on the FBI testing. It’s great ammunition and it should be great for consumers,” said Jared Hinton with Speer. Hinton did mention that The G2 series is best suited for duty-sized pistols and not their sub-compact siblings. “It’s optimized for duty-sized weapons,” Hinton added. “Some folks are going to try to run this ammo out of a Glock 43 and aren’t going to have the results that they want. It’s really built around the 4 1/2 to 5-inch barrel size and duty sized firearms. For those with small compact firearms, we recommend the Spirit Gold Dot short barrel options.” The rounds, available in 9, 40 S&W, and .45 ACP will be available this summer. (Photo: Jacki Billings/Guns.com) 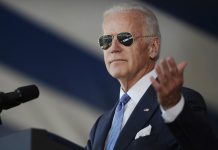 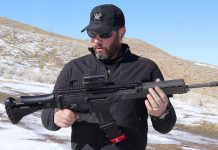 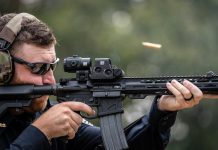