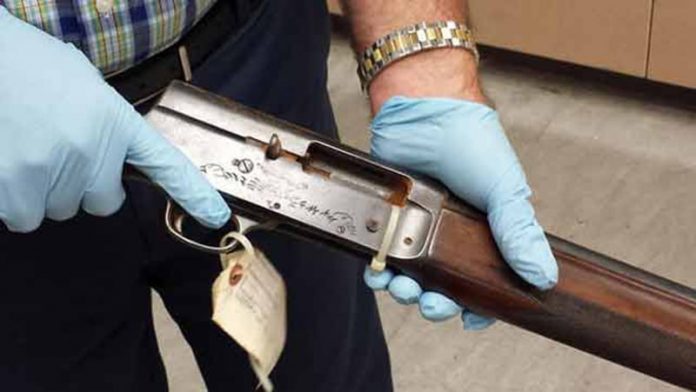 On Thursday, the Seattle Police Department released photos of the shotgun used in Kurt Cobain’s suicide, which before this week, have never before been seen by the public.

Cold case homicide Det. Michael Ciesynski shows off the gun, which was rumored to have been destroyed in an effort to cover up evidence of a murder. Almost 22 years later, conspiracy theories still abound surrounding Cobain’s death, which authorities maintain was a suicide.