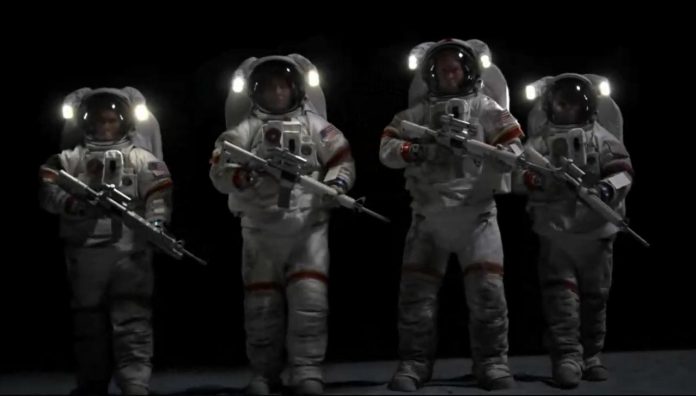 I like to give credit where credit is due when it comes to TV shows and movies and their portrayal of guns. Sure, we all lose our minds over John Wick and heat, but sometimes there are such great subtleties revolving around guns in TV and movies that they deserve to be appreciated and even discussed. Today we are talking about For All Mankind and some space M16s. 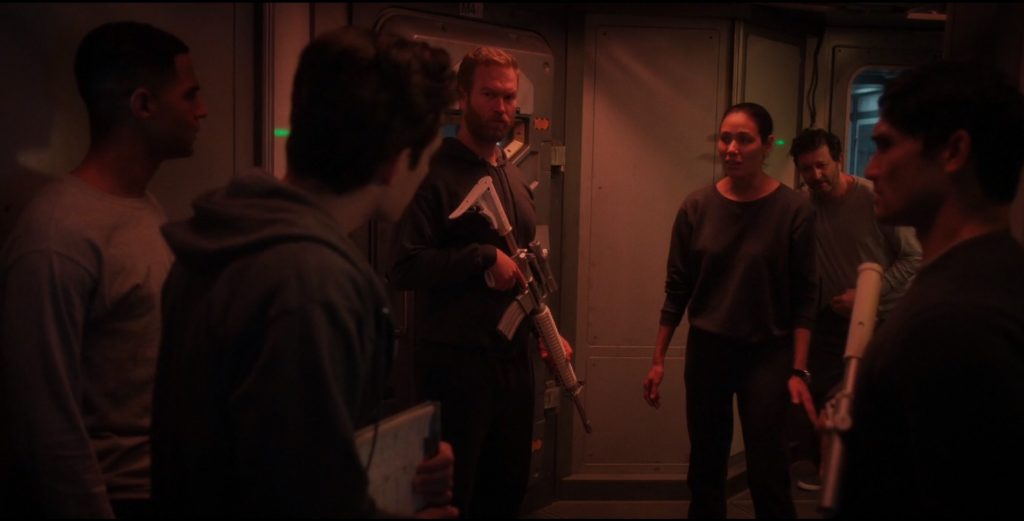 I just stumbled into this show, and I’ve become a big fan. For All Mankind is an alternative history where the space race never ended. The United States and the Soviets continue to race to different milestones and develop technology at a much faster rate. Eventually, this led to certain clashes on the moon between American and Soviet forces. The United States stands up the Moon Marines, a fireteam of Marines sent to the moon with space M16s to whip communist butt.

This isn’t a hyper-violent show with raging gunfights, and it’s about as grounded as actual Space Marines can get. I won’t dive too deep into the show, but I want to point out the attention to detail whoever designed the Space M16s utilized when arming the Moon Marines.

The first Marines got to the moon in 1983 to protect the Jamestown colony. They are tasked with fighting in large, bulky space suits and use a period-correct weapon with numerous modifications. They do appear to be A1 uppers with A2 handguards on A2 lowers.

First, they are painted white, which not only acts as camouflage but it is explained that the paint will protect them from thermal damage. The lunar surface has rapidly swinging temperatures. The moon can be as hot as 260 degrees Fahrenheit to minus 280 degrees. 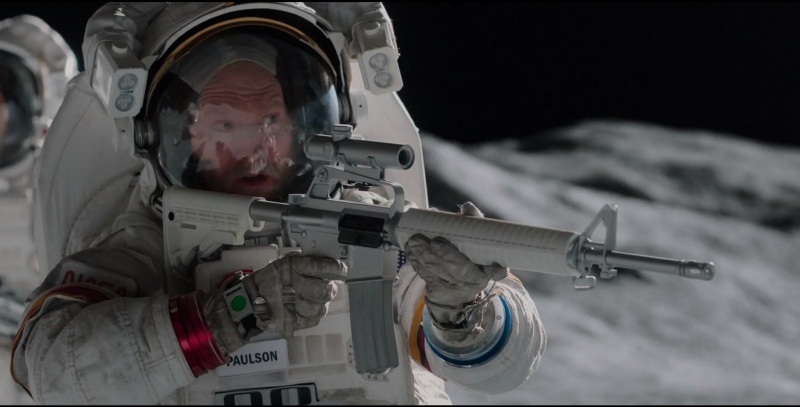 The M16s look like A2s but feature a collapsing stock. The stock is an M4 design and would be a must-have for the big bulky suits worn by the Moon Marines. Additionally, the stocks are fitted with a downward protrusion to allow them to interact better with the shoulders of the bulky suits.

Across the top, we have the carry handle with an optic mounted to it. Carry handle height is probably perfect for dealing with the helmet of the space suit while still finding a sight picture. The optics appear to be Colt 4X rifle scopes, which had an eye relief of a little over 3 inches. That would have to be adjusted greatly for the Marines to effectively use the optics. 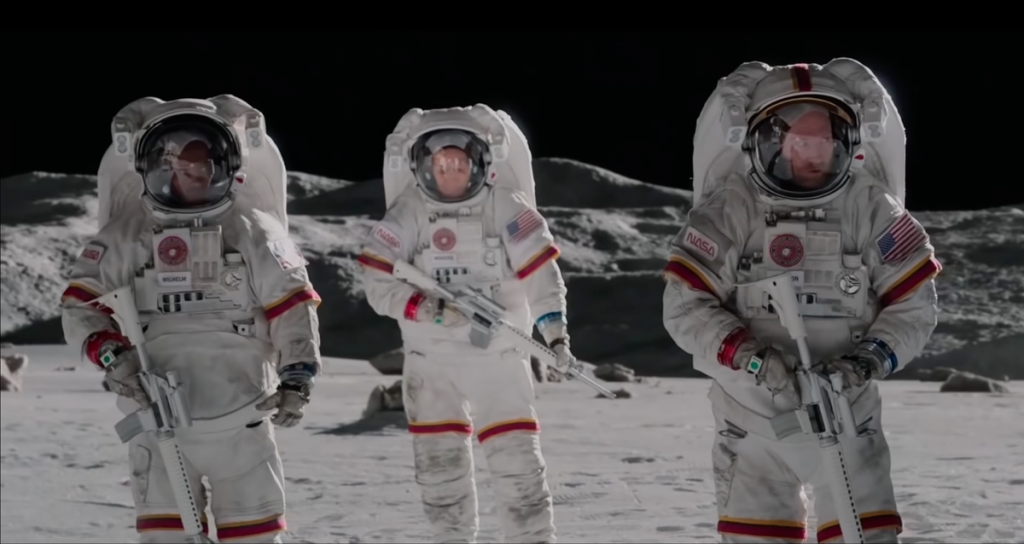 We would really need a red dot for this to work. It’s unclear what the optics actually are, and it is an alternative history, so maybe they are red dots. Using irons would be out of the question.

Firing a Gun on the Moon

There is a scene of the Marines trying their rifles on the moon. There is a notable effect of recoil on the Marine named Vance, who is shooting his rifle. It knocks him rearward as that low gravity takes its effect.

I’m not super knowledgeable on the subject of space and how guns operate. I do know they could fire on the moon. However, the question becomes, would the Space M16s function? I’d imagine the low gravity would affect how the magazine feeds and how the bolt and buffer cycle together, and that might create some issues. With less gravity, your bullet would fly further with less drop. There is also no wind on the moon, so it just flies in a straight direction. An astronaut plays a joke on one of the Moon Marines and says the round he fired might just travel back around the moon and hit him, so he might want to move.

I’m spitballing, but I think designing a gun in a recoilless rifle format would be the best way to go. A repeating weapon that uses a cylinder like a revolver that is manually rotated between shots. This ensures reliability and repeatability. Also, with the blast traveling rearward out of the gun, the recoil wouldn’t knock the shooter backward.

I’ve not watched enough episodes to get deep enough into a battle with Space M16s vs. Space AKs, and knowing this show, it’s not likely to happen. However, I’m impressed at the forethought and design of the rifles in a show that’s not necessarily an action show. I might make my own Moon Marine M16 with a lower and AR15 jig. The Moon Marines and their Space M16s are a fairly small part of the season, but the people making this show have an eye for authenticity.