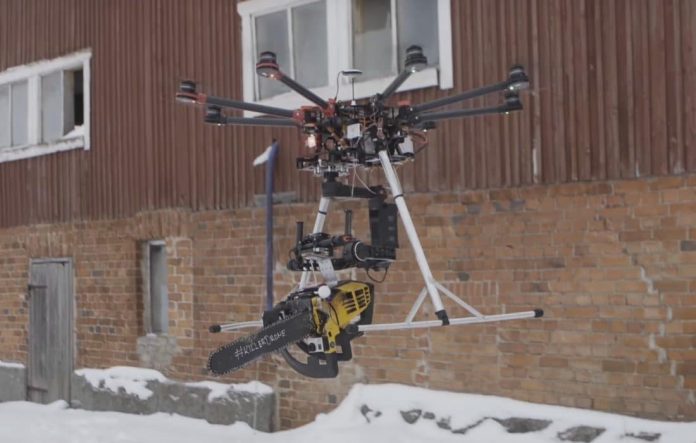 In what looks like the answer to Sharknado, a group of Finnish filmmakers have added a chainsaw to an RC octocopter and turned it loose on unarmed snowmen.

What follows is a brief montage of the flying chainsaw’s attacks on icicles, helium balloons, evergreens, and, finally a random collection of snowmen going about their ordinary snowday.

Note: begin buying helium balloons now to defend yourself from the killer drones.